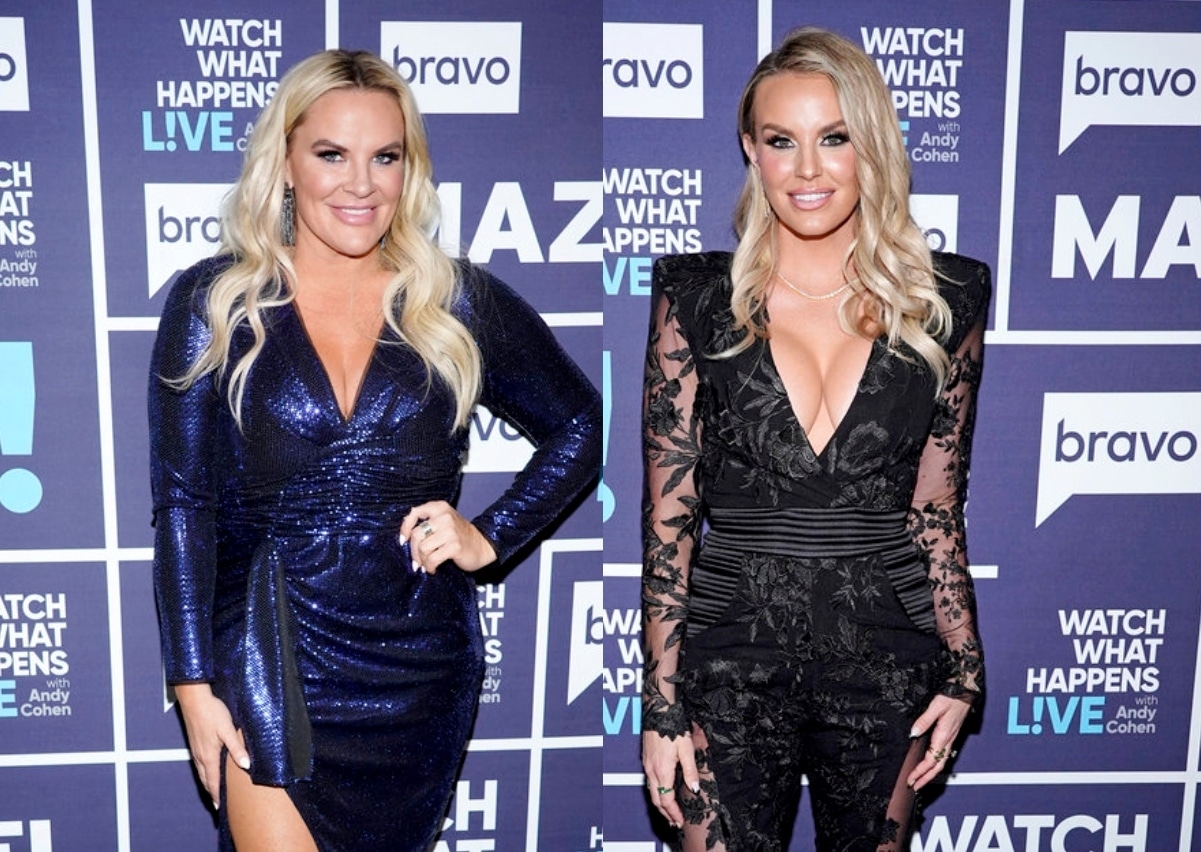 Heather Gay is having a hard time watching the third season of The Real Housewives of Salt Lake City.

Amid her ongoing feud with former bestie Whitney Rose, Heather opened up about the challenges she’s faced reliving the drama, admitting that she feels horribly for screaming at Whitney during their girls’ trip to Scottsdale, Arizona, before explaining her decision to stand by Jen Shah and teasing her new memoir.

“I mostly just like abuse toxins and cry into my pillow and you put your phone down,” Heather explained to Chicks in the Office of how she avoids getting upset about things for a second time. “That’s kinda the fun of the Housewives. It’s not fun to feel it but it’s fun to be in it, the whole process, and I just want to see what happens next.”

According to Heather, she’s looking forward to learning more about her lingering issues with Whitney because, as she stated, “I’m learning things about how she feels about our friendship every episode and that’s what’s making it hard.”

“I watch it back and I think… I feel horrible. Horrible,” she continued of her and Whitney’s Arizona spat. “I was so clearly upset about the [Lisa Barlow] rumor but it just trumped the fact that she was still feeling, reeling from all the abuse stuff that she had revealed to us.”

Because Whitney said she didn’t want to talk about it, Heather believed the conversation was moving on. But unfortunately, Whitney didn’t feel the same and ultimately accused Heather of “weaponizing” her pain.

“I just felt horrible about the way I spoke to her. I thought I looked terrible, just mean and angry. I just didn’t like seeing that,” she noted. “It didn’t feel good and I wanna just be kinder to my friend. She was my favorite person on the show. She was my one person and so I don’t like it and I hate watching it back.”

During another interview with New York Live, Heather admitted it’s “even harder” watching RHOSLC play out than it was living it because “you just black out” and “don’t remember the moments.”

“It has been difficult,” she shared. “It’s even harder now seeing it play back and then kind of seeing what everyone is saying behind the scenes and I just feel horrible. I hate seeing me yelling at [Whitney]. I hate seeing drunken fights like that and I just want to be good again.”

After noting that the rumors of the show are like “a vortex,” Heather said that she didn’t question her decision to stick by Jen amid her legal drama even after her castmate pled guilty to fraud.

“I just didn’t consider, ‘Oh you did something wrong? Then I can’t be your friend.’ That’s what you do for friends. You show up. And I don’t judge,” she confirmed. “I’m showing up for [Jen].”

As for her upcoming book, Bad Mormon: A Memoir, Heather confirmed it is complete.

“It’s going to be out and available. People are preordering now. I’m recording the audiobook next week… I’m scared to read it for the audiobook,” she teased. “There are things in this book that are going to surprise some people and shock some people. I just kinda pull the veil back on my journey as a devout Mormon to a Real Housewife, which is a pretty steep decline or up… however you look at it. And it talks about my faith and the process of discovering yourself after the age of 40.”