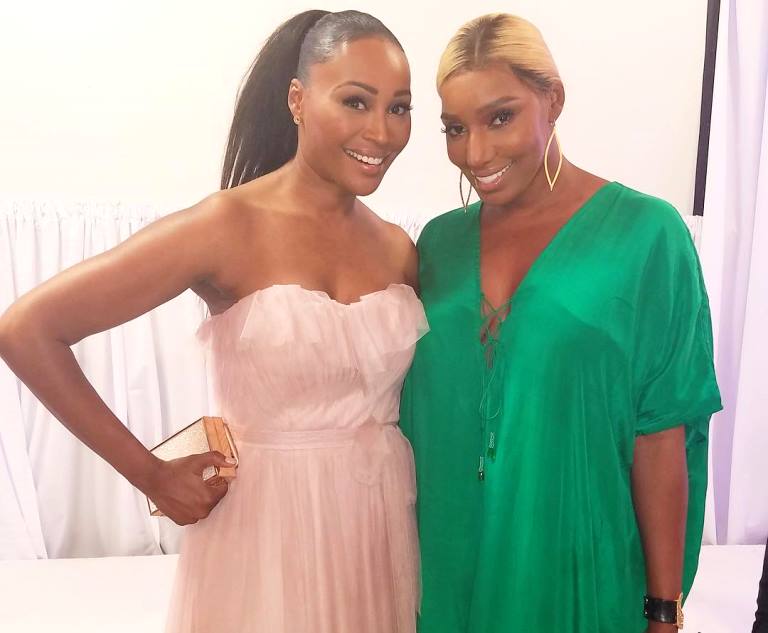 Real Housewives of Atlanta star Kenya Moore shocked fans of the show when she secretly tied the knot this summer with restaurateur Marc Daly. Someone else who was shocked by this surprise wedding? None other than Kenya’s BFF Cynthia Bailey!

In a new interview, Cynthia talks her surprise at Kenya getting married and not inviting her to the nuptials.

“I was feeling some kind of way when Kenya [Moore] first got married,” said the divorced Cynthia to Essence about not having Kenya as a wing-woman.

“I was like, ‘Yay, I’m finally single! Kenya’s going to be my dating buddy!’ As soon as I was officially divorced, she ran up and got married. I’m like, ‘What?!’ And then had the nerve to not invite me. So I was definitely feeling some kind of way at the beginning,” revealed Cynthia. “But, that’s my girl. At the end of the day, you know I wish her well. I am so happy for her. I’ve met her husband. He’s a great guy. I couldn’t be happier for her.”

In other RHOA news, veteran housewives NeNe Leakes and Cynthia have embraced Eva Marcille who will be joining the talls group Real Housewives of Atlanta. Not sure how long this friendship will last as you all know how these ladies like to get down. It doesn’t take much to turn on each other.

First, they become BFFs, then frenemies, then they just start making up stories about each other; it’s the life cycle of the “housewives”. You can ask Kandi Burruss!

Cynthia shared a pic with Eva and Nene while filming and shopping for Halloween costumes. That picture is below.

And finally, to celebrate Halloween, NeNe and her hubby Greg Leakes were spotted wearing a cockroach and exterminator costume. Of course NeNe is poking fun at the ongoing feud between her, Kim Zolciak-Biermann and her daughter Brielle. The 49 year old reality star wore a navy blue jumpsuit and a matching hat with the inscription ‘Roach pest control’.

If you recall earlier this month, Brielle recorded a video which she claimed showed roaches crawling on NeNe’s bathroom floor. I believe NeNe has denied those were her roaches.  A very “mature” NeNe responded by calling the 20 year old reality star, “potty mouth trash” amongst other not very nice words. She even accused her of bringing the roaches to her bathroom and that’s putting it mildly.  Since the Roach-Gate drama, the frenemies have continued to attack each other publicly with threats to sue.

Let’s just hope Roach-Gate is behind us but something tells me you haven’t heard the last of it. 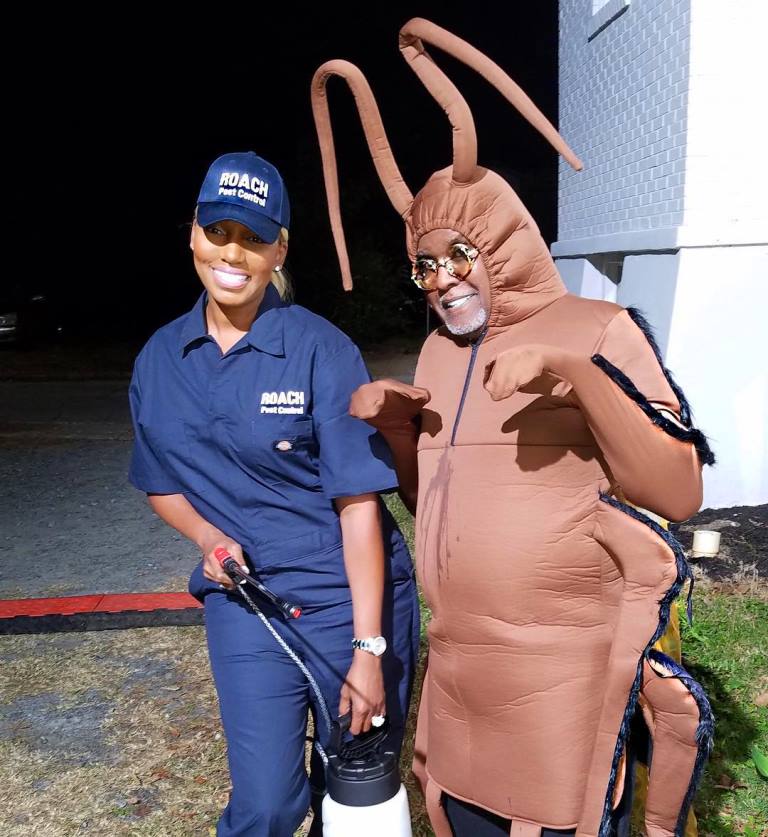 TELL US – ARE YOU A FAN OF NENE’S COSTUME?