The Toms Of Vanderpump Rules Say James & Raquel Won’t Last Because He’s Obsessed With Lala! They Share How They Truly Feel About Lala’s Boyfriend Randall & Reveal When Tom Tom Will Open! 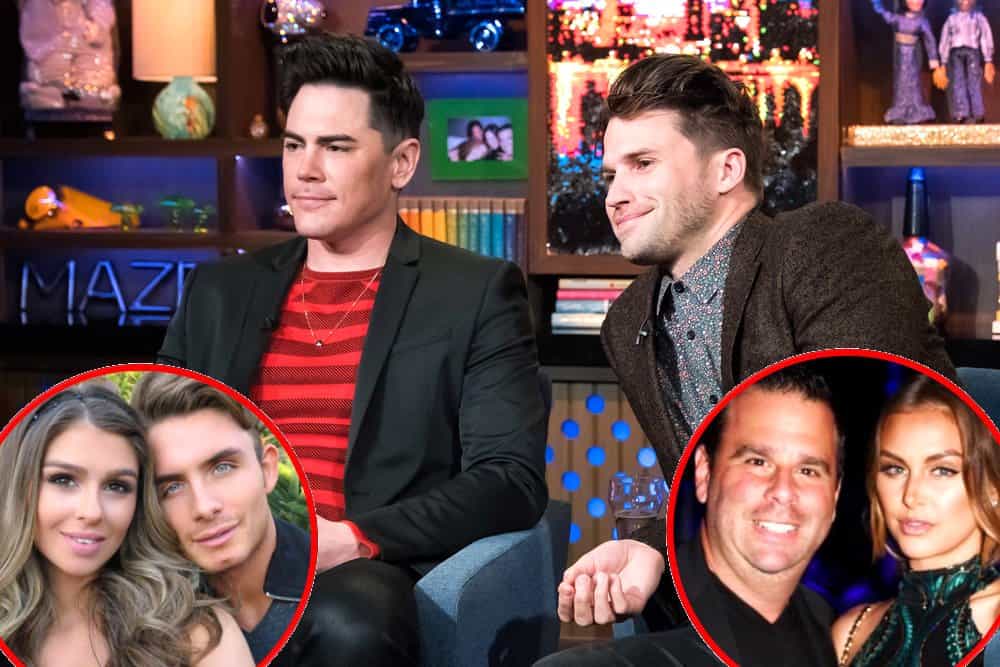 There’s no way that James Kennedy and girlfriend Raquel Leviss will last, at least according to their Vanderpump Rules co-stars, Tom Sandoval and Tom Schwartz.

During a new interview, the Toms of the Bravo series opened up about the many relationships of the series, including their own, starting with the romance between the DJ and his model girlfriend.

“[James] is obsessed with Lala. There’s definitely something to be sad about that. It’s pretty obvious. It’s almost blatant,” Sandoval said during an interview with the Daily Mail on March 19.

During an episode earlier this month, James was seen discussing his love for Lala Kent. Meanwhile, Lala made it clear that she and James would never get back together after their short-lived fling years ago. In addition, the SUR Restaurant hostess pointed out that she is fully focused on her relationship with movie producer Randall Emmett.

“Randall is awesome. He’s so much fun. He’s just like a ball of energy,” Sandoval said. “He’s got a great outlook on life. He is super driven, obviously he’s super successful. He is just a fun dude to hang out with.”

Sandoval and Schwartz are also fans of Stassi Schroeder‘s new boyfriend, Beau Clark, and gave him “two thumbs up” for embracing Stassi’s “dark side.”

As for their own relationships with Ariana Madix and Katie Maloney, Sandoval said that he and Ariana aren’t planning to get married because they simply don’t need to do so and Schwartz spoke of future children.

“I love kids and I’m open to the idea,” he said. “I’m not getting any younger. I feel like now is like the time.”

Also during their interview, Sandoval and Schwartz spoke of their new restaurant, Tom Tom, which is expected to be opening this May. As Vanderpump Rules fans have seen, the Toms have been working on the venue with Lisa Vanderpump and Ken Todd but said it is Ken who does the heavy lifting when it comes to the business.

“Ken is amazing at the nuts and bolts. He knows all about the codes and the permits so he is amazing at that stuff and Lisa kind of adds the bells and whistles,” Sandoval explained.

“Our biggest contribution is going to be like the bar and also, as the place opens, we’ll be there for the vibe. Sort of like the faces of it,” he added.

TELL US – THOUGHTS ON THE TOMS’ COMMENTS?