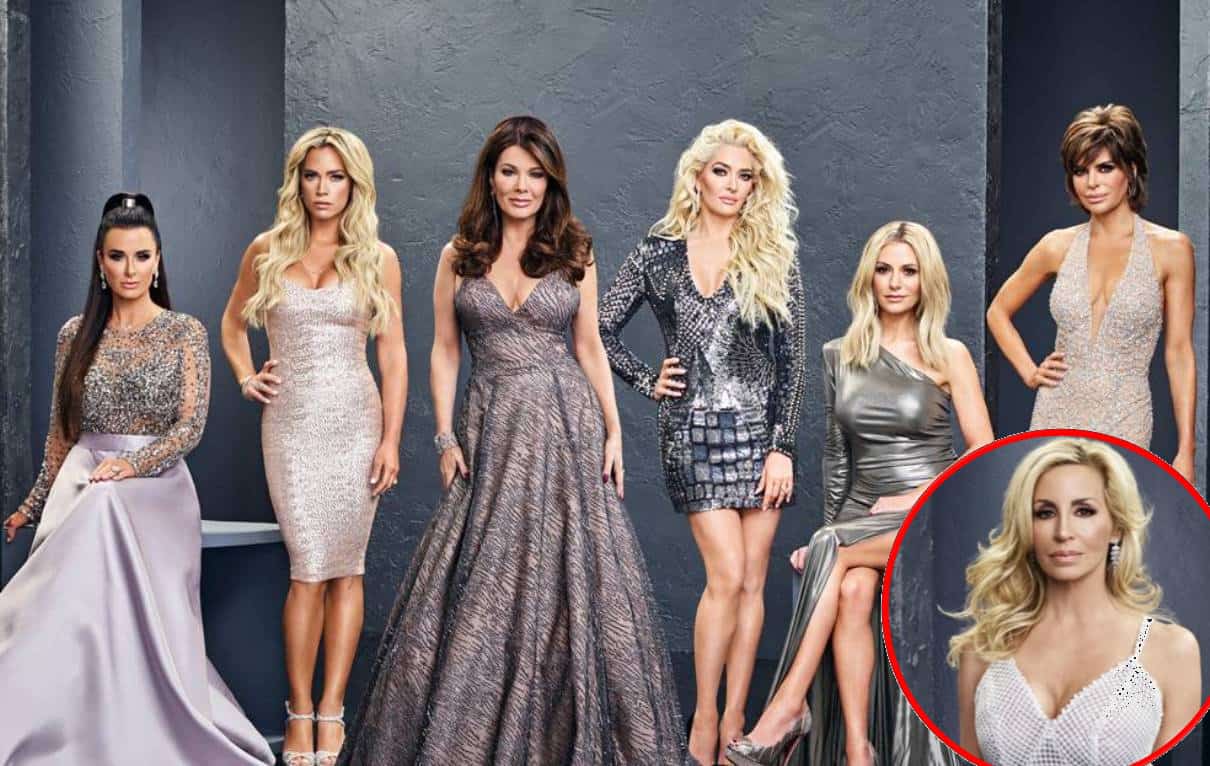 Additionally, the network announced the three-part reunion will begin airing on Tuesday, April 24 at 9/8c. Check out the video of the RHOBH reunion trailer below.

In other RHOBH news, Camille Grammer, who was targeted by Dorit Kemsley this season, apparently suspects co-star Lisa Vanderpump may have been behind the verbal attack! And Dorit is also speaking out about her drama with Camille.

See, back in January, around the time Dorit was seen calling her a “stupid c**t” during a wild rant against her at a dinner party thrown by Kyle Richards, Camille spoke to TooFab about a possible manipulation. [Editor’s note – this interview with Camille is a few months old but wanted to publish it as it completely flew under the radar back then and we’re just reading it for the first time now].

“If you watch the show, right before it, Lisa Vanderpump said something like, ‘Dorit, do you have anything to say?'” Camille explained. “And she goes, ‘Oh, I have a lot to say.’ So I’m like, ‘Was she led into saying this stuff?’ I’m suspicious [of Lisa Vanderpump].”

Camille added that she thinks Lisa is “filling Dorit’s head with these ideas.”

As fans of the show will recall, Lisa was accused of manipulating the cast a few seasons ago by Brandi Glanville and ultimately, Brandi’s allegations against her former friend ended their relationship.

Like the majority of viewers, Camille was completely caught off-guard and shocked by Dorit’s comment, especially because she and Dorit hadn’t had any past issues with one another.

“I was very surprised because there was no reason for her to say that,” Camille said. “It’s embarrassing to hear the ‘stupid C-word’ thrown your way for no reason. If I had done something to her, then I’d understand, but it’s still a nasty word. She talked over everybody, she was exhausting to listen to, and she thinks very highly of herself. She said she was joking, she said blame it on the alcohol, but there was something else behind it. You just don’t blurt that out to somebody for no reason. They do say that when people drink wine, the truth comes out. So maybe there was something there.”

As for Dorit, she is now speaking out in a new interview, insisting there was no ill intentions behind her comment to Camille and said she never thought the encounter would air on The Real Housewives of Beverly Hills. She then blamed her unprovoked attack on the combination of alcohol and heat that she and her co-stars were faced with at the time the episode was filmed.

“It was 100 degrees, the power was out, I was there an hour and a half before the other women, I was with my husband, I’m at one of my best friends’ houses,” Dorit told Entertainment Tonight on Tuesday. “I’m so relaxed at Kyle’s house and with them, and I have a lot of fun with the ladies both on and off camera. Just maybe one too many tequilas that night.”

“I never had any issues with Camille,” Dorit added. “It was just a very silly moment that unfortunately happened, and you have to sort of pay the price afterwards.”

TELL US – THOUGHTS ON THE RHOBH REUNION TRAILER? AND WHAT DO YOU MAKE OF CAMILLE ACCUSING LISA OF MANIPULATING DORIT?