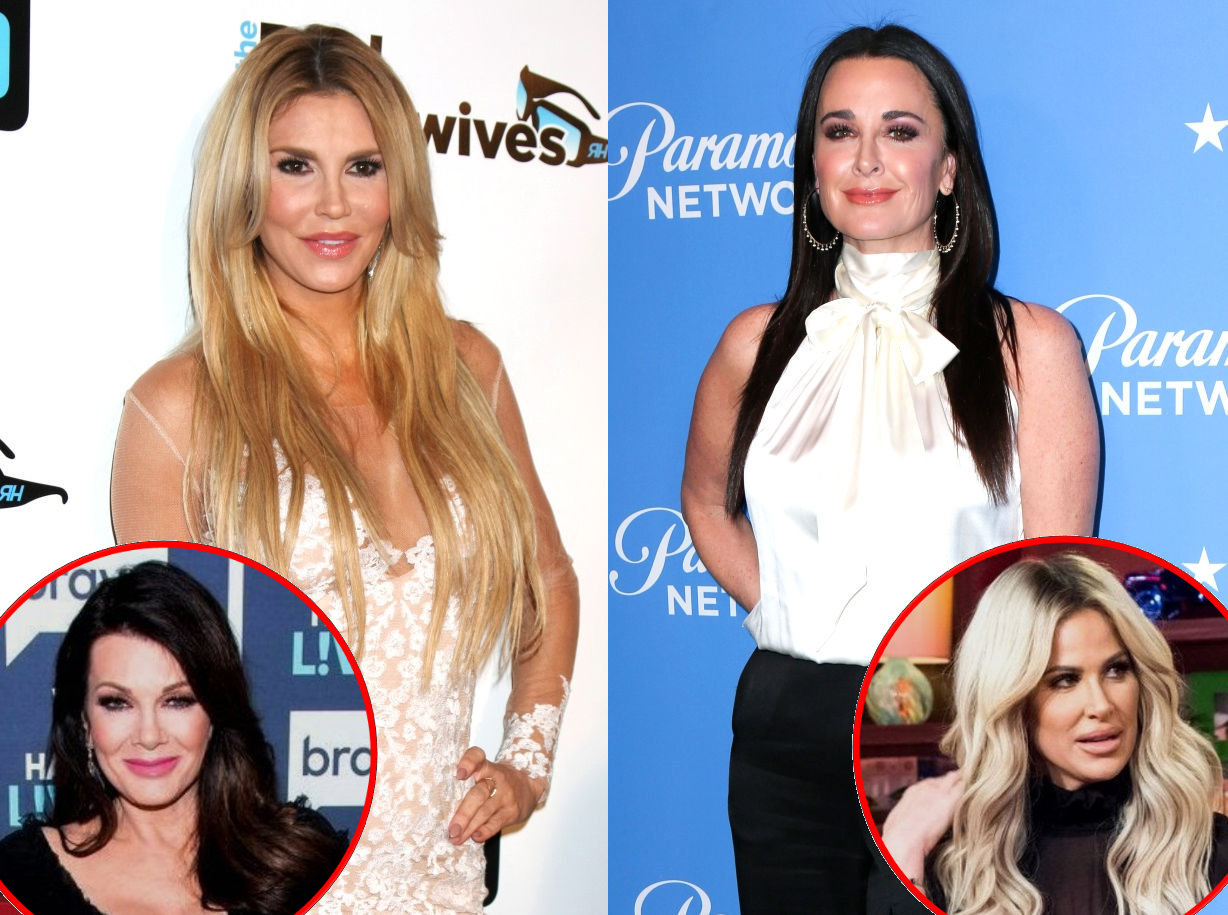 In today’s Real Housewives of Beverly Hills news, Brandi Glanville, who has feuded with both Lisa Vanderpump and Kyle Richards during her time on the show, is now taking Kyle’s side when it comes to the reunion drama.

Also, Kyle is supporting Kim Zolciak when it comes to allegations that she’s a racist, even taking it a step further by inviting her to join the RHOBH cast!

First, Brandi took to her Twitter on Tuesday night to share her thoughts on the reunion drama involving Kyle, Lisa and Dorit Kemsley.

Things got a bit tense during this season and especially on part 1 of the RHOBH reunion after Kyle accused Lisa of having a double standard when it comes to her and Dorit. Kyle stated that Lisa has allowed Dorit to get away with things she would have punished Kyle for.  Lisa has somewhat acknowledged this citing she doesn’t want to fight with Dorit due to her longtime friendship with Dorit’s husband PK Kemsley.

Additionally, Kyle also accused Lisa of exaggerating her friendship with Dorit, stating that she had never heard Lisa mention Dorit’s name until Dorit signed on to do the show (didn’t Kyle say the same about Lisa’s grandma Nanny Kay ?!)

Brandi tweeted, “Omg @Andy Hell is freezing over because I completely agree with Kyle I never once heard Dorits name after many many years of knowing LVP & if anyone else said these things about LVP she would try and ruin their lives like for example myself and @AdrienneMaloof.”

Interesting that Brandi accuses Lisa of trying to ruin Adrienne Maloof’s life considering Brandi was THE ONE who outed the fact that Adrienne used a surrogate for her twins on national TV.

In other RHOBH news, Kyle is now defending Kim Zolciak who has been receiving an onslaught of backlash following her comments on the Real Housewives of Atlanta reunion about ‘racism not being real.’

Kim, who has since issued a public apology and blamed Bravo’s editing for coming off that way, now has Kyle in her corner as Kyle defended Kim when asked if she believes Kim is truly racist.

“I do not think she’s racist,” said Kyle to the paparazzi on Wednesday night in a video via The Blast. “I’m friends with Nene. I’m friends with Kim. I know all the girls. That reunion was actually really brutal to watch.”

Kyle was then asked if she would be okay with Kim joining the RHOBH cast.

“We would welcome Kim Zolciak on Beverly Hills. Yeah, ” said Kyle, who appeared somewhat uncomfortable with the line of questioning.

TELL US – THOUGHTS ON BRANDI’S TWEETS AND KYLE’S COMMENTS? WOULD KIM FIT IN ON THE RHOBH?