Home Real Housewives of Beverly Hills News REPORT: Dorit Kemsley and Erika Jayne are Threatening to Quit the RHOBH! Find Out What They’re Demanding From Bravo

REPORT: Dorit Kemsley and Erika Jayne are Threatening to Quit the RHOBH! Find Out What They’re Demanding From Bravo

by Lindsay Cronin May 24, 2018 96 comments
ShareTweetWhatsappPinterestRedditTumblrMailFlipboard 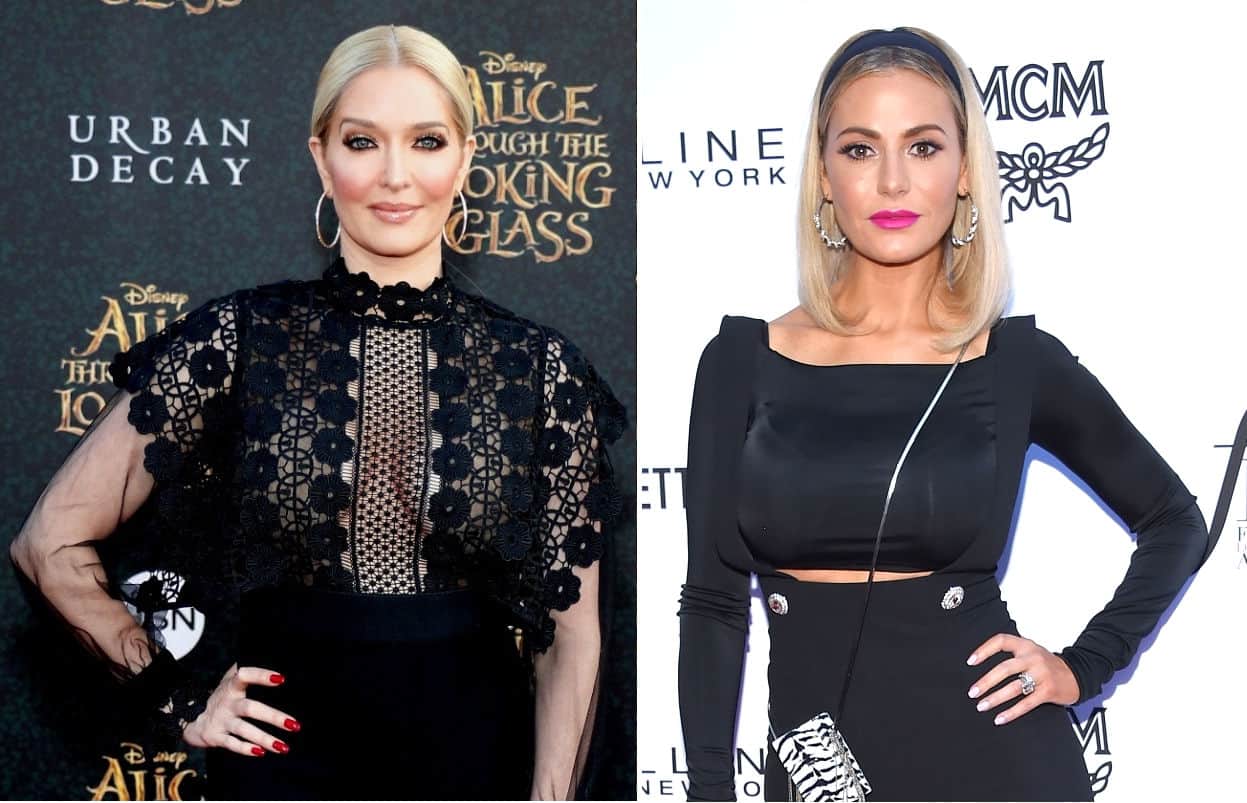 Will The Real Housewives of Beverly Hills season nine be missing two of the show’s full-time cast members?

According to a new report, Dorit Kemsley and Erika Jayne are allegedly threatening to quit the Bravo TV reality show ahead of its production start date for the new season unless the network gives in to their demands.

And sources reveal it all has to do with money.

“They’re telling Bravo to pay them more or they’ll walk,” an insider told Life & Style in the magazine’s latest issue. “It’s a gamble, but they’re confident they’ll get what they want.”

Erika and Dorit are “negotiating for bigger deals to stay on the show,” the source added.

While Erika did take some heat during season eight due to her feud with newcomer Teddi Mellencamp, the report said she is still a fan favorite. As for Dorit, fans of the series have long had a love-hate relationship with the swimsuit designer. That said, they both know how valuable they are to the network and may have actually banded together in an effort to get the network to increase their salaries for season nine.

“If Erika and Dorit weren’t on the show, there would be nothing to talk about. Some people think they may have joined forces. Bravo can’t afford to lose them both,” the insider explained.

News of Erika and Dorit’s alleged threats come on the heels of rumors suggesting that Erika had actually quit the show. As fans may have seen, rumors of an exit were prompted after Erika said she “left the building” on Instagram after the final episode of The Real Housewives of Beverly Hills season eight. However, during an appearance on The View, Erika set the record straight about her future with the series.

“I’m not leaving,” she proclaimed.

“My friend Yolanda Hadid, who brought me onto the show, said it best, ‘Each woman fills a specific slot,’” Erika continued. “Everyone bonds with their favorite girl. Someone may like you, someone may like her. So there is enough for everyone. If everyone was the same, the show would be boring.”

In other Real Housewives of Beverly Hills casting news, Bravo TV sent fans into a frenzy on Twitter weeks ago after they labeled former full-time housewife Lisa Rinna as a “friend” of the show. A short time later, the network removed the post.

TELL US – DO YOU THINK ERIKA & DORIT ARE CARRYING THE SHOW? WOULD YOU MISS EITHER OF THEM IF THEY QUIT?