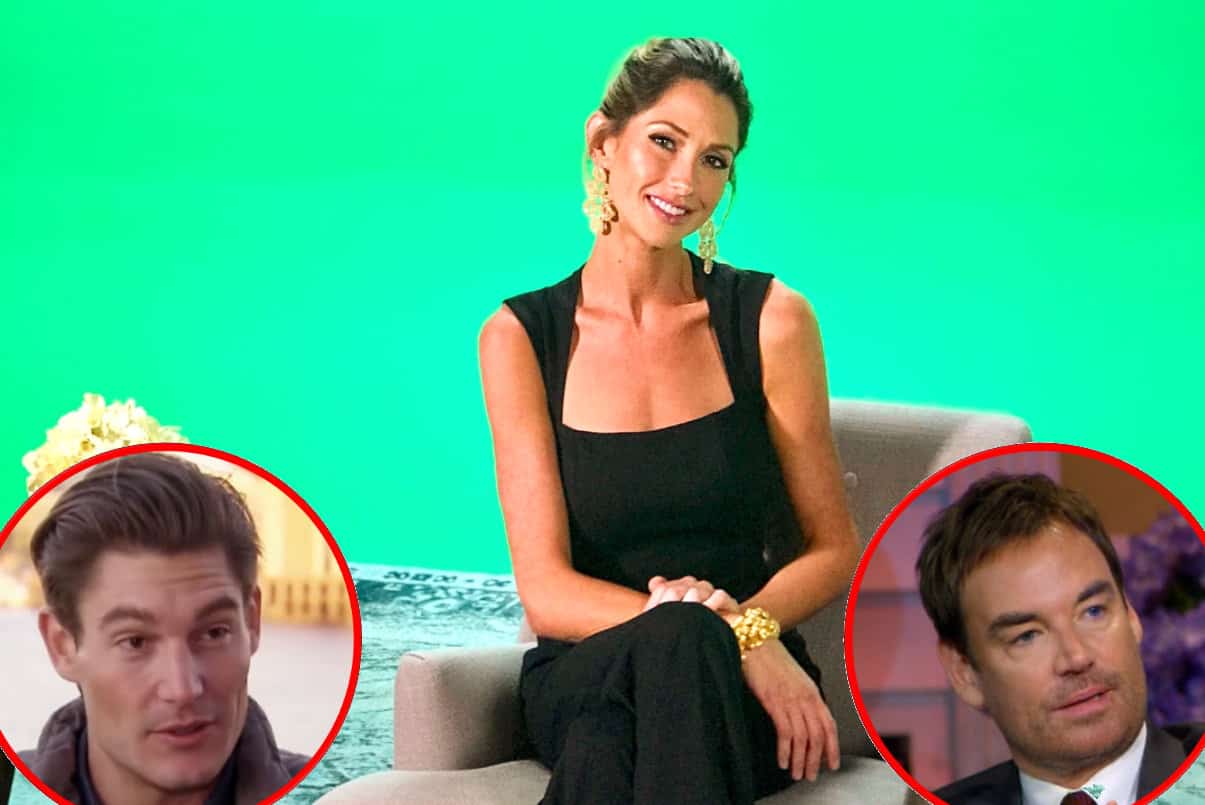 Ashley Jacobs apparently made a number of questionable comments to her boyfriend Thomas Ravenel‘s co-stars on Southern Charm.

During a recent Southern Charm After Show, Craig Conover opened up about some very flirtatious moments he experienced with Ashley during filming on season five.

“I was always real cordial with Ashley and I actually enjoyed talking to her and then it always kind of got weird with her where it would get intense real quick,” he explained. “She started to talk about like, you know, ‘If you were a few years older, I’d totally be dating you. You’re who I would want to date.’”

“But do you take that as her really hitting on you? Or her just trying to say something sweet, like, ‘Oh Craig. You’re a good one, Craig?’ Or did you take it as inappropriate?” Austen Kroll asked.

“I did get a little uncomfortable because I thought it was a bizarre thing to say. But I took it at as a compliment, thought it was flattering,” Craig stated.

That said, Craig did feel that it was a bit suspicious that Ashley would tell him she would date him if he was older because she’s just slightly older than he is.

“She’s only three years older than me or two years older than me, so some people were like now did she really mean ‘If you were a few years older’ or ‘If you were a little wealthier’? I don’t know,” Craig continued. “I think she might just be saying that she’s attracted to me and I’m just too young for her. But they’re like ‘Why are you too young for her if you guys are the same age?’ I’m like, that’s kind of a good point.”

When a producer off-screen weighed in on the situation, asking if Thomas was aware of his girlfriend’s flirty comments, Craig confirmed he knew.

“You know what? Thomas said, ‘You’re not the first person that’s told me that. That’s apparently her like line,’” he revealed.

Following Craig’s revelation about his encounter with Thomas’ girlfriend, Whitney Sudler-Smith revealed he too had experienced an awkward moment with Ashley.

“You know what she told me? She goes, ‘If it wasn’t for Thomas, you’d be my second choice.’ Like I would have any interest in the world of going out with this person.”

“We’re like a shooting gallery and she’s got the f**king shotgun,” added Shep Rose.

In other Ashley news, she took to her Instagram page on Thursday to open up about her anxiety issues, blaming it for her recent weight loss.

She posted a picture of herself lounging in a pool with the following caption: “In the last 8 months I have struggled with severe anxiety related to stress. I was completely overwhelmed with moving across the country, leaving my family and friends, being in a new relationship, not having my nursing license, oh and being on a reality TV show! I made these choices and I take complete accountability for them. What I lacked was proper coping mechanisms. I dropped a lot of weight in a matter of months. I was putting too much pressure on myself, not taking care of my health and fitness, along with other external stressors.”

Ashley continued, “People deal with stress in a multitude of ways (some of them healthy, some of them not so much). It’s important to monitor your response to stress, anxiety, or any other negative emotion in order to keep your health in check. I’ve learned the hard way that you need to ask for help when things aren’t going well. You need to talk to qualified professionals, get medical support, and not feel ashamed or try to ‘tough it out.’  I’m allowing comments but if you could please try to refrain from saying, “Eat a cheeseburger, you’re on drugs, you have an eating disorder, or you’re way too skinny,” I’d appreciate it because TRUST ME, I know… I’ve heard it all and it doesn’t help. I appreciate everyone’s concern and hope you can all support me.”