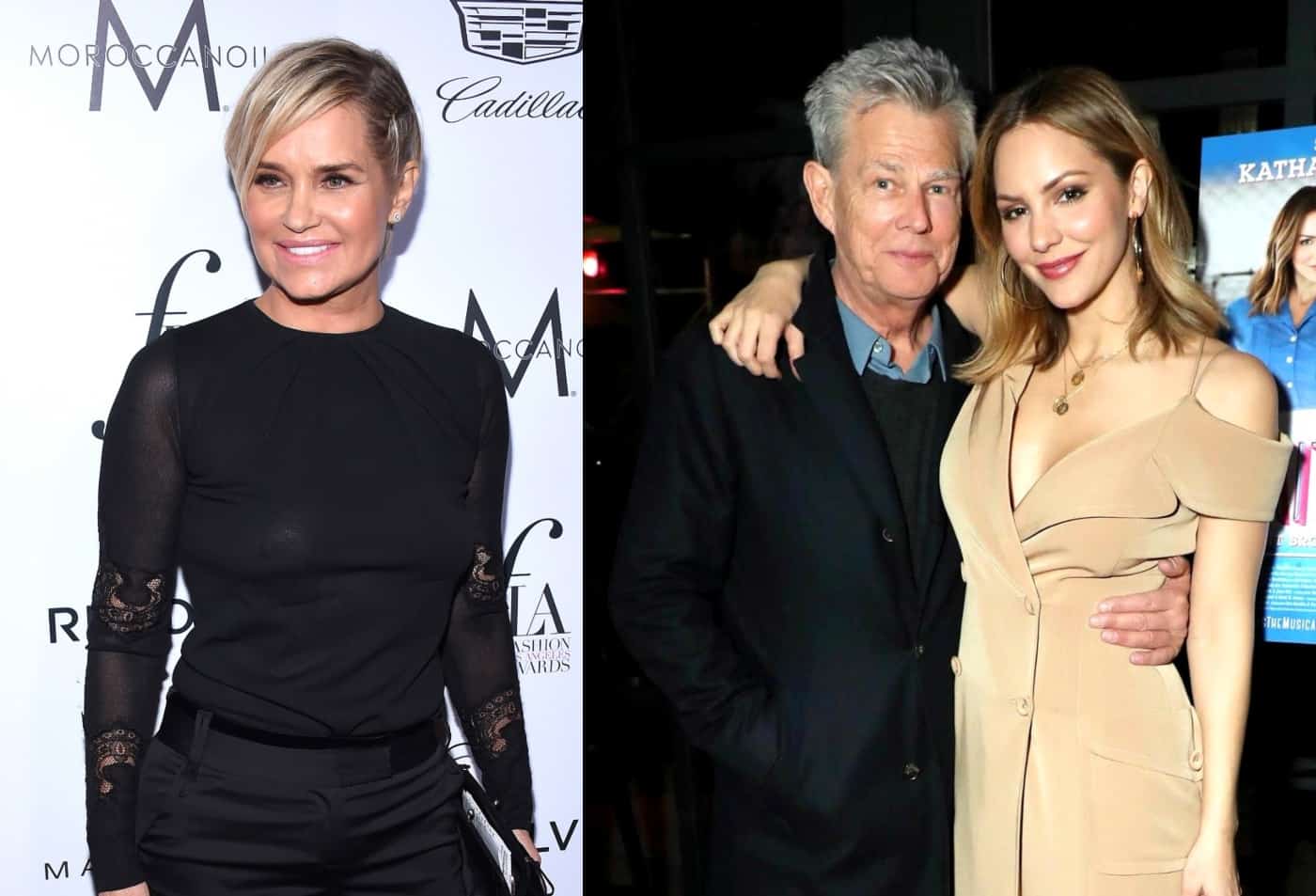 According to a new report, Yolanda, formerly of Bravo’s The Real Housewives of Beverly Hills, feels that David and Katharine’s plans for the future are “unacceptable” and doesn’t understand why her former husband would want to settle down with someone who is so much younger than he is.

“She was initially upset by the engagement,” a source told Radar Online on July 12. “It’s unacceptable and she thinks he’s way too old for her.”

Yolanda and David were married for just four years when they announced their plans to divorce in December 2015. In the years that followed, David was linked to a number of younger women, including Selma Blair and Elizabeth Hurley, before striking up a romance with Katharine early last year.

While David and Katharine first met one another years ago when she was a contestant on American Idol, their relationship didn’t turn romantic until 2017 — just weeks after David and Yolanda’s divorce was finalized..

“Yolanda suspected something was going on with Katharine all along,” the source revealed. “She was threatened by their chemistry. They were more than flirty. She wanted David to be honest and he kept denying it. She was upset at him, not Katharine.”

Radar Online’s insider went on to reveal that David and Katharine became engaged quickly because she refused to sign a prenup, which could have been quite time consuming.

“It all came down to money,” the source said of their quicky engagement. “Katharine refused to sign a pre-nup and David finally gave in. So that’s why the engagement happened. His lawyers were more adamant about one, but he figured it’s his last marriage, he’s older, so he agreed with Katharine.”

David’s marriage to Katharine will be his fifth and her second.