Home Featured Posts RHONY’s Luann de Lesseps Announces She Plans to Leave Rehab After 3 Weeks to do Cabaret Shows, But Has She Already Left?

RHONY’s Luann de Lesseps Announces She Plans to Leave Rehab After 3 Weeks to do Cabaret Shows, But Has She Already Left?

It was just two weeks ago that Real Housewives of New York City star Luann de Lesseps re-entered rehab, after she reportedly relapsed. And just moments ago, she officially announced she plans to leave rehab after three weeks to get back to doing her cabaret shows.

However, some fans are wondering if she has already left her rehab facility after just two weeks of treatment.

Earlier today, Luann, 53, took to her Instagram page to promote her upcoming cabaret show scheduled for August 4 in New York.

“Thank you so much for all of your support,” wrote Luann. “I wanted you to know I’m doing great, & I hope you’ll come and see me on Aug 4th in Long Island @theparamountny or Aug 24th in Atlantic City @borgataac Looking forward to being back on stage!!!”

As you can see from our screenshot below, the geo-tag for her post says New York City, which is rather puzzling as earlier this week, Page Six reported she was staying at the Silver Hill Hospital which is located in New Canaan, Connecticut. 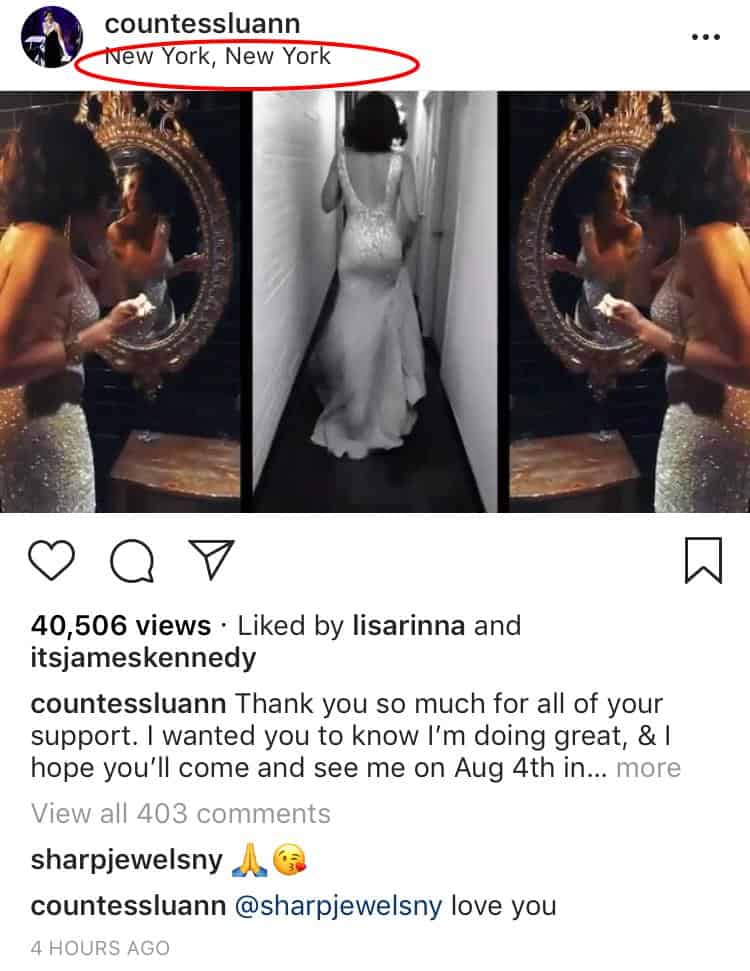 Even more strange, the rehab facility’s website clearly states that cell phones and personal computers are not allowed. Below is a screenshot from their FAQ page.

In addition to the post, Luann also spent time responding to several comments left by fans, so it’s extremely unlikely this post was made by someone on her team, and not her. 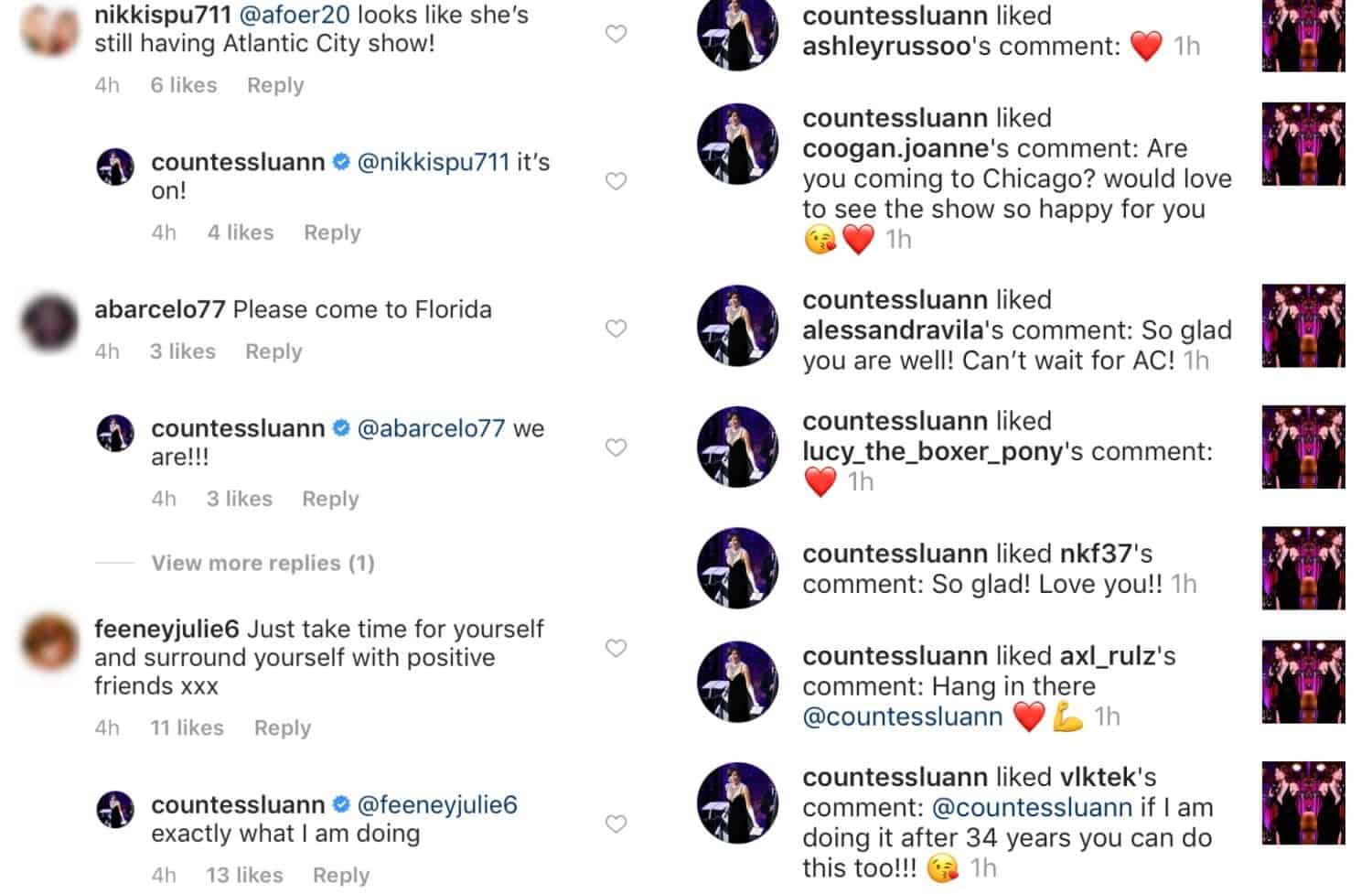 For the time being, Luann’s team is telling PEOPLE that she remains at rehab, and will continue to seek outpatient treatment once she leaves.

“She will continue her out-patient treatment” a source close to the Bravo star tells PEOPLE, adding, “Luann feels a lot better. Bravo has been so supportive.”

Luann’s first stint in rehab, following her arrest in December, also lasted about 2 – 3 weeks. Multiple reports have detailed how she relapsed weeks before returning to rehab, which included displaying some erratic behavior in public.

Luann is also facing a lawsuit filed against her by her children, Victoria de Lesseps and Noel de Lesseps, and her ex- husband, Count Alexandre de Lesseps, over claims she stole her kids’ inheritance.

TELL US – THOUGHTS? DO YOU THINK THREE WEEKS IS ENOUGH?