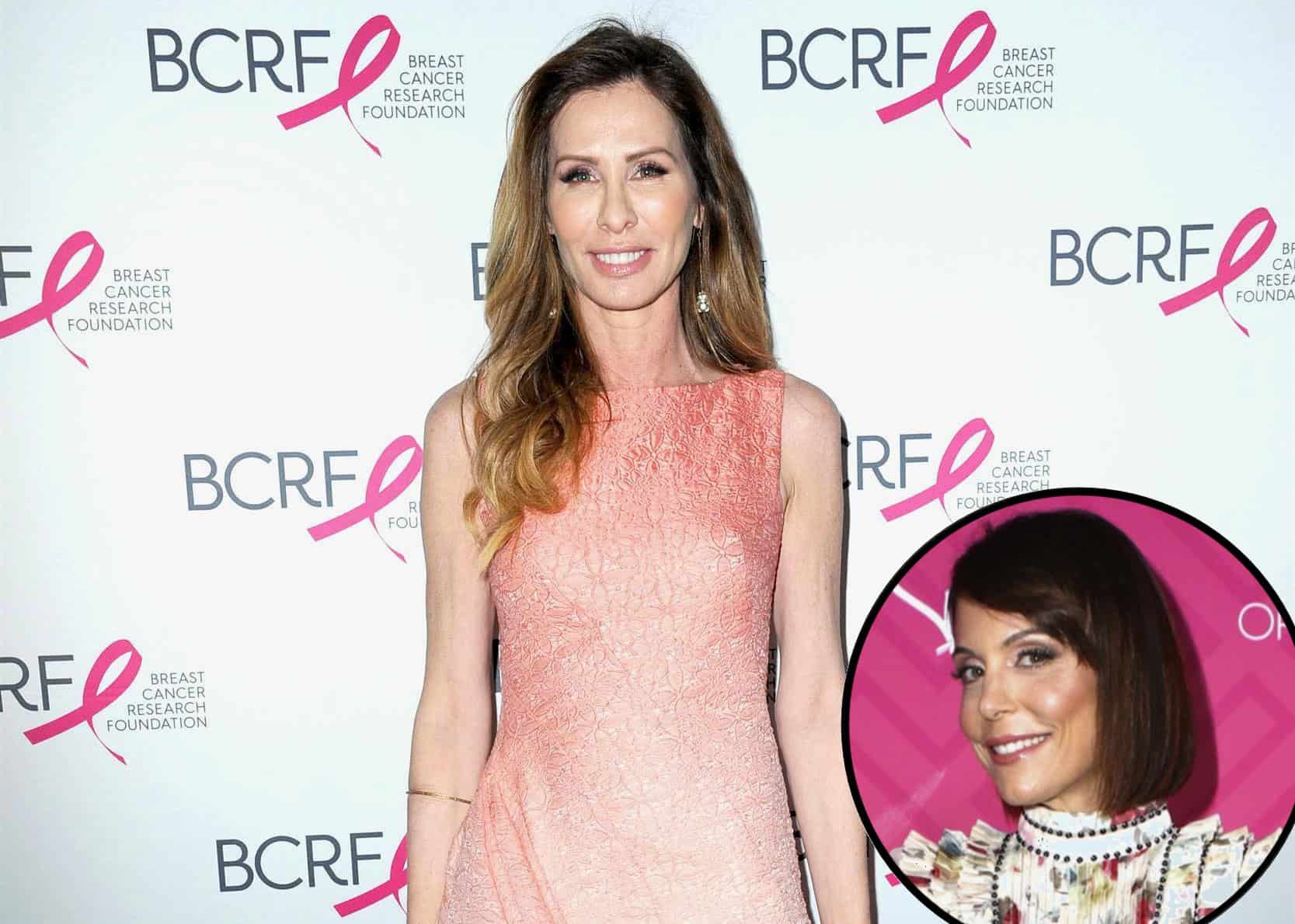 Is Carole Radziwill preparing for her television return just weeks after quitting her role on The Real Housewives of New York City?

Earlier this week, rumors began swirling in regard to Carole possibly joining the cast of The View as one of their co-hosts. Days later, the former reality star addressed the reports on Twitter.

Carole tweeted, “Lol..how rumors start. I was having lunch with my old ABCNews pal from my days with Peter Jennings and people just start talking nonsense. I watch The View and I’ve been a guest but that is not the direction I’m heading. Stay tuned.”

Lol..how rumors start. I was having lunch with my old ABCNews pal from my days with Peter Jennings and people just start talking nonsense. I watch The View and I've been a guest but that is not the direction I'm heading. Stay tuned. 😘 https://t.co/4CJZ7waOiZ

“Real housewife Carole Radziwill is begging to join The View,” Rob said on his podcast show, Straight Shuter. “The View has lost two of their ladies, they’ve gone on to other shows and now there’s two empty seats. Carole, who just quit the Real Housewives of New York is begging, begging to join the show.”

He went on to reveal that Carole’s reality career may not be the best thing to have on her resume. That said, because The View is allegedly looking to boost viewership, the source said Carole still had a chance at joining the daytime talk program.

Carole also addressed a fan who criticized her over her feud with former friend Bethenny Frankel. That fan had some tough words for Carole, telling her, “Carole, You sit on your JFK connections, ABC, Writer Thrown and think you are the Queen. So sorry that @Bethenny is so much more relevant then you and your past careers.”

Carole responded: “Sure, if that makes you feel better. (And it’s throne) ??.” 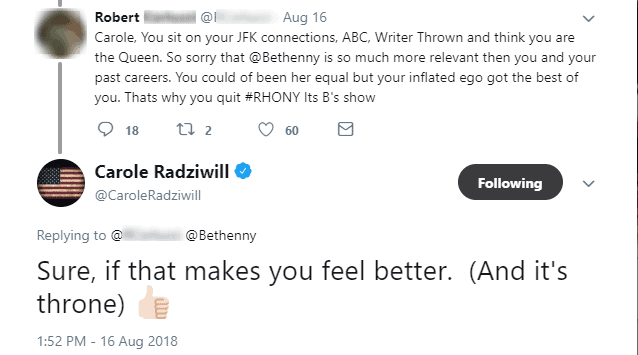 Carole did get some love from a fan who defended her against Bethenny’s criticism on the upcoming reunion that Carole’s blogs this season, calling her out, meant Carole isn’t about supporting other women. Bethenny’s critique is interesting as she herself has been called out on being nasty to her castmates.

That fan wrote, “I went and looked (not the norm for me bc the show is enough already): @CaroleRadziwill doesn’t “bash” or “mean girl” Bethenny in her blog posts. She stands up to her and her perspective on events. Kinda a different thing.”

Carole responded: “I make that very clear at the reunion. ❤️ those blogs. ?.”

I make that very clear at the reunion. ❤️ those blogs. 😜 https://t.co/K6PIW9lWPO

Part I of the Real Housewives of New York City reunion airs next Wednesday at 9/8c on Bravo TV.