Home Real Housewives of Potomac News Ashley and Michael Darby Reveal They Considered Quitting the RHOP After Sexual Assault Claim, They Speak Out on Dropped Charges & What Really Happened

Ashley and Michael Darby Reveal They Considered Quitting the RHOP After Sexual Assault Claim, They Speak Out on Dropped Charges & What Really Happened 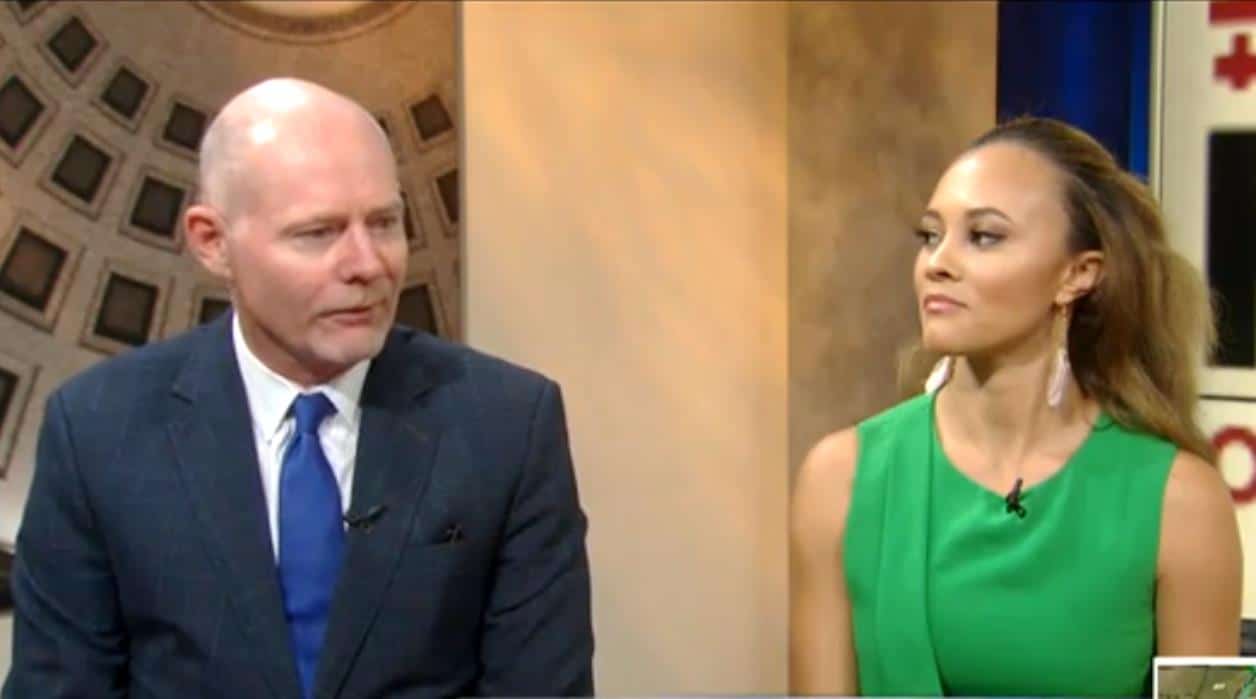 Ashley Darby and her husband, Michael Darby, are speaking out after the Montgomery County State Attorney’s office chose to drop the felony assault and misdemeanor charges of improper sexual conduct brought against him by a Bravo TV cameraman last month.

Weeks after the real estate mogul was accused of “grabbing and groping” the backside of a man filming scenes for the upcoming fourth season of The Real Housewives of Potomac, Ashley and Michael sat down for a joint interview in Washington, D.C.

“I didn’t do it,” Michael told Fox 5 on October 10. “There were 100 people at an event, cameras everywhere, outdoor event at the Samuels’ house. There would have been witnesses that would have seen it. In fact, the complainant referenced two witnesses in a hearing that we had and those two witnesses, he didn’t bring to the hearing and subsequently, I have received affidavits from those two witnesses saying that they saw nothing.”

“Obviously, his side of the story wasn’t true and as you can imagine, there was probably some reason he did all this,” he added.

Also present during the event at Monique Samuels‘ home was Ashley, who supported him throughout his legal drama.

“I was at the incident in question,” Ashley explained. “I was literally looking at Michael when this alleged incident took place. So, I would have seen if something like that had happened. I experienced sexual abuse as a child, so I don’t take those things lightly by any means. If I thought that my husband had done something wrong of that nature, of course I would definitely address it and I wouldn’t be supporting him as much as I am. But I know the truth.”

Speaking of the filming session during which he was accused of acting appropriately, Michael described a harmless encounter with the complainant.

“During this filming, I had to go out to take a photograph. I was inside and I moved to go out because people were all over the place and I did bump into the cameraman. I presume it was that cameraman. I don’t really know him because we’ve only filmed with him a couple of times,” he recalled. “I bumped into him and he said, ‘Don’t do that,’ and I said, ‘I’m sorry’ and we moved on. It was instantaneous because I was rushing to film.”

The charges Michael were facing could have garnered him 11 years behind bars and thousands in fines. However, after the case was investigated, the charges were thrown out due to insufficient evidence.

“My name is cleared. I didn’t do anything. There was a prosecutor who didn’t have evidence to say I did anything so he threw it out. I’m completely exonerated and completely cleared,” he explained.

Although Michael is no longer facing any charges, Ashley admitted the ordeal has made her question whether joining the cast of the RHOP was a good decision for her family.

“This definitely crossed a line,” Ashley said. “It didn’t jade me, but it certainly made me think twice about whether or not we made the right decision to do the show. But in the long run, I’m not going to let someone run and ruin Michael and I because they want to make a false allegation against my husband. No one is going to ruin our lives. That just won’t happen.”

Following the allegations, Bravo TV and their production company, Truly Original, suspended filming with Michael and conducted their own investigation of the alleged assault. Then, after the charges were dropped, they resumed production with him.

“This is safety in the workplace for everybody,” Michael said in closing. “We all care who is in our workplace. We have these people come into our homes. This gentleman had worked for the production company for only a month. They hadn’t background checked him. Obviously, as soon as he saw a way to make some money, he went off to tell people. We don’t know that for a fact, but we are finding that out.”

As for what has come of the cameraman, he is no longer working with Bravo TV or Truly Original.

“He quit the day after he filed charges… very suspect of course,” Michael revealed. “This is an issue of who has the right to have safety and security in the workplace. He had got a hold of Ashley’s cell phone number and there’s no way he had a right to have her cell phone number. Obviously, that doesn’t protect her security or her safety.”

“That’s a discussion we’re going to have at length with people that we work with,” he added.

The Real Housewives of Potomac season four will air on Bravo TV sometime next year.