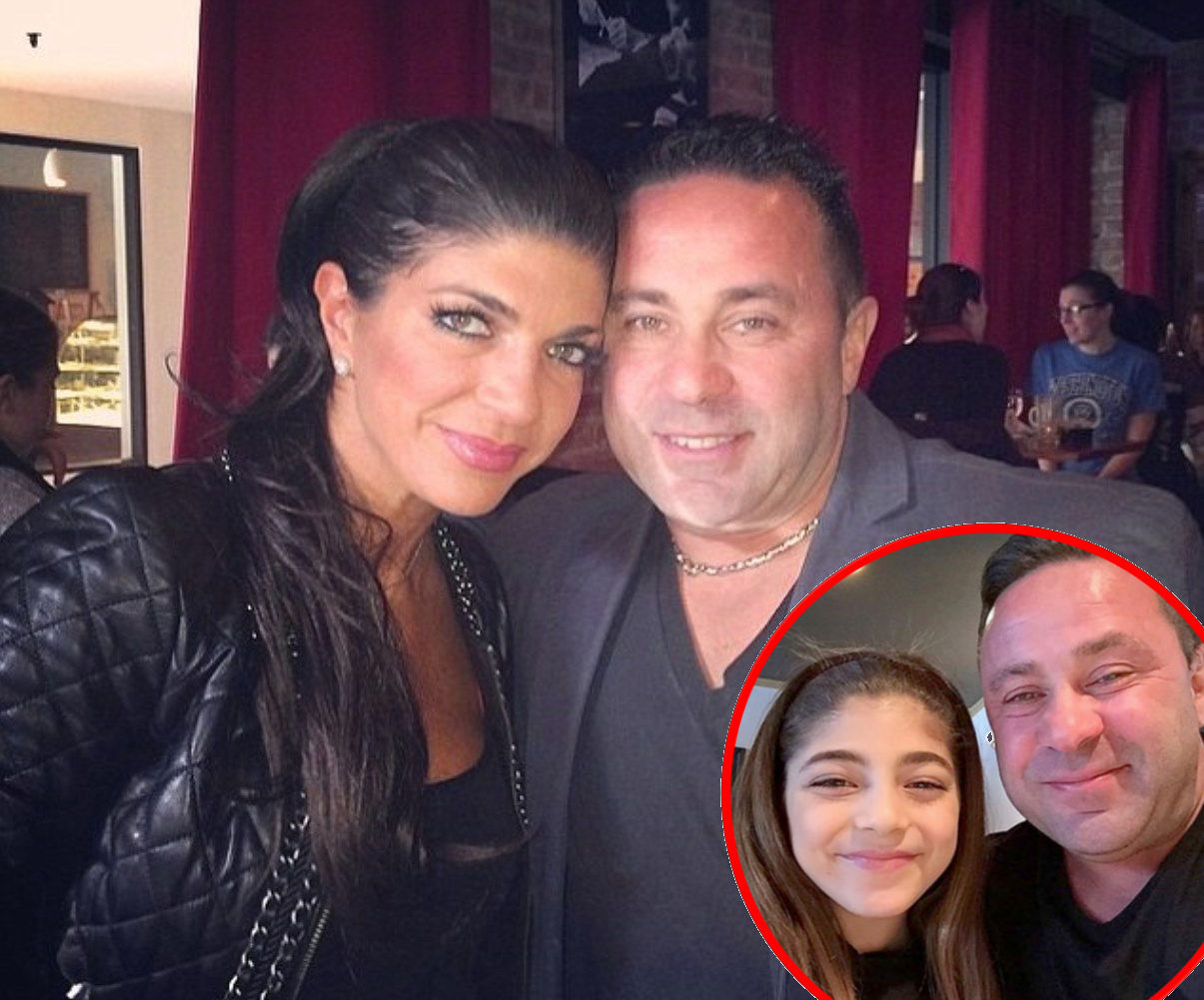 Teresa Giudice reacted to news of her husband Joe Giudice‘s deportation on Instagram on Sunday.

Days after the Real Housewives of New Jersey husband received a ruling that requires him to head home to his native Italy after serving his 41-month prison term in Pennsylvania, his wife, the mother of his four kids, shared an image of Lady Liberty crying.

Also on Instagram on Sunday, Teresa and Joe’s daughter Milania, 13, shared a couple of photos of herself and her father and told her online audience she was “heartbroken” over his deportation.

“My dad, who is the best dad in the world, needs to come home,” she wrote. “We aren’t done fighting dad. I can’t believe this is happening. I can’t imagine another day without you. We are gonna do everything we can to fight this daddy!! I love you with all my heart buddy.”

And just moments ago, this morning, Teresa returned to Instagram where she revealed she and her oldest daughter, 17-year-old Gia, were visiting Rutgers University.

“Taking it one day at a time, with my beautiful Gia checking out [Rutgers],” she told her fans and followers.

It has been reported that Teresa has no plans to move to Italy with Joe once he’s deported as she apparently doesn’t want to uproot the lives of her four daughters. This post with Gia appears to be further evidence of this.

As fans may have seen, Gia was first to react to her dad’s deportation and did so by sharing a video made by comedian Fred Rubino in which he was seen giving his thoughts on the judge’s ruling.

“I just saw on the news that Joe Giudice from the [Real Housewives of New Jersey] who’s in jail right now for a white-collar crime was told by a judge that when he’s released he has to be deported back to Italy. What happened to all the DACA things,? ‘Oh you can’t deport them they’ve been in this country so long.’ This guy’s been in the country since he’s a baby. He only knows the United States. He has a family here with kids. And now we’re going to deport him and we’re keeping hundreds of thousands of rapists and murderers from ICE so that we don’t deport them?” he asked.

“The only difference is that Joe Giudice is Italian and the other ones are South American or Mexican,” Fred explained. “It is a racist, broken system. And where is the outrage? Where is the outrage against Joe? There is no outrage because it’s all political.”