RHOC’s Vicki Gunvalson Slams Emily and Gina for Being “Obsessed” with Shannon, Accuses Kelly of Stirring the Pot 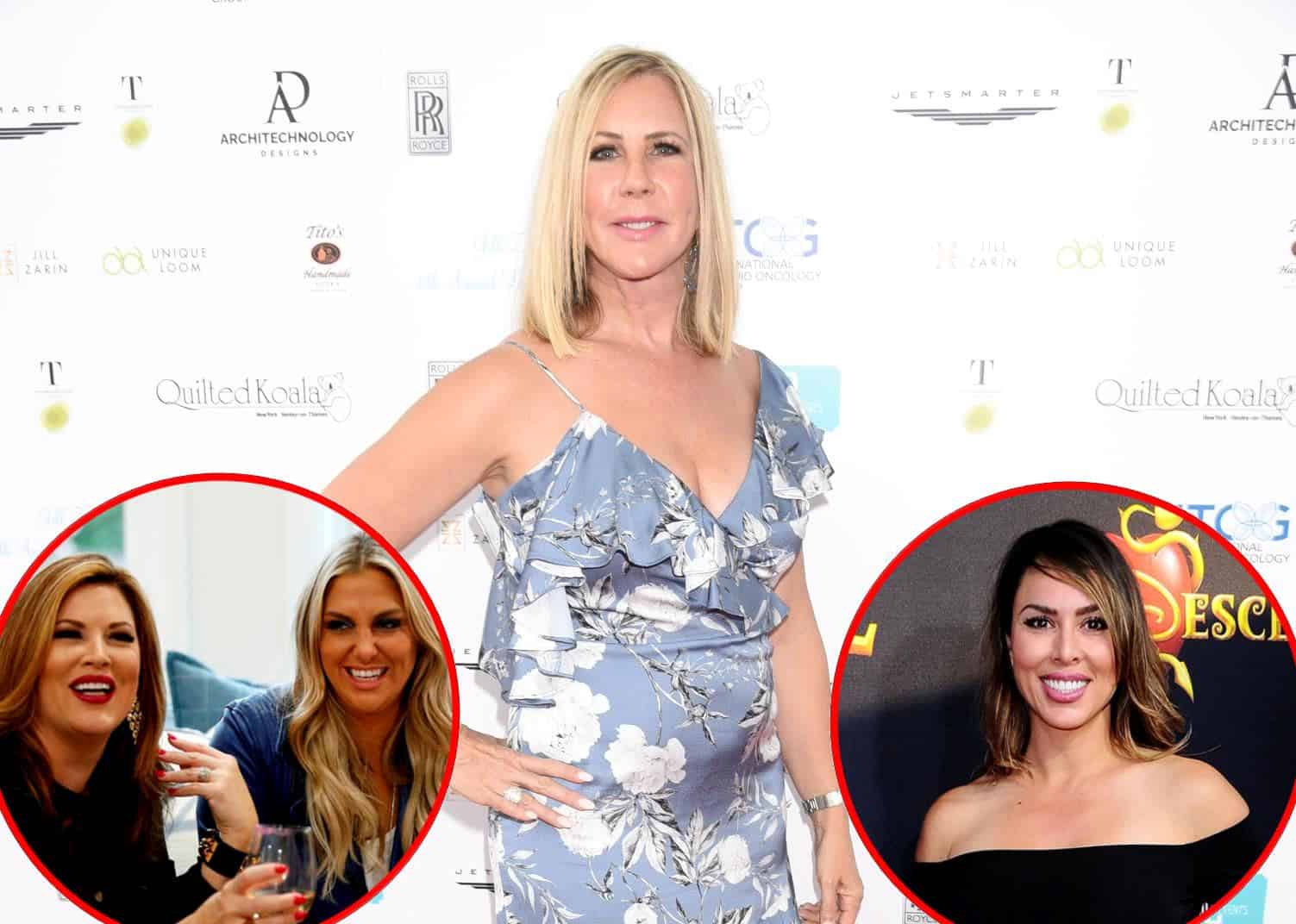 Vicki Gunvalson didn’t like how Monday’s episode of The Real Housewives of Orange County played out.

After watching Shannon Beador face a number of verbal attacks over her negative behavior, Vicki took to her Bravo TV blog, where she first took aim at her newest co-stars, Gina Kirschenheiter and Emily Simpson, for obsessing over a potential friendship with Shannon.

“I don’t know why Gina and Emily are so obsessed with ‘being friends with Shannon.’ It’s clear that they don’t have an authentic interest in her life or what she is going through, nor do I think it’s fair to continue to talk about it,” Vicki wrote. “Friendships happen naturally and are never good if they are forced. It’s like they are obsessed with talking about it. Just because they are hanging out with Shannon doesn’t mean they have to be BFF’s. My feelings is to let it flow naturally. Shannon and I don’t see much of Gina and Emily, so I don’t know why they are so focused on it.”

Vicki didn’t think it was a good idea for her co-stars to prod Tamra about her friendship with Shannon and slammed them for being “mean.” She also accused Gina of intentionally trying to drive a wedge between Tamra and Shannon and said it was frustrating to watch.

“For some of the girls to continue to prod Tamra on her friendship with Shannon when they knew it was issue is just plain mean,” said Vicki. “It’s like [Gina] thinks she is going to win Tamra over if she is friends with her and not Shannon. Are we in grade school? Is this a game? Gina does not have the history Tamra and Shannon do, and my advice is to leave them be and let them sort this out on their own. They sure don’t need Gina’s advice on this.”

Vicki also admitted that there were much better ways for the cast to approach Shannon with their thoughts.

“I love Shannon, and I feel this situation was not handled right with her,” said Vicki. “I think we should have calmly discussed our concerns or issues with Shannon, without going on the attack mode. I’ve been on the receiving end of this type of argument when people go after you, and it’s not fun by any means.”

According to Vicki, she and the rest of the cast were “miserable” in Jamaica after the air conditioning in the hotel where they were staying broke. Although the ladies were eventually moved to a new villa, which did have air, their nerves were “shot” during much of filming and during their drama with Shannon, things heated up quickly.

As for her own comments to Shannon, Vicki said she wasn’t referring to the amount of child support she was getting when she labeled Shannon’s issues “rich girl problems.” Instead, she was citing her co-star’s need to move to a new home after her rental house was sold.

Vicki also went on to accuse Kelly Dodd of stirring the pot by informing Shannon that Tamra allegedly thought she wasn’t a good friend.

“That’s not being a friend at all. She threw that out there and then walked away smirking, which is extremely mean,” Vicki noted. “It is NOT ok talking ‘crap’ on your friend behind her back, and when Kelly said ‘David must have been a saint’ is wrong and NOT ok. She owes Shannon an apology as they are very good friends still.”

The Real Housewives of Orange County airs Mondays at 9 p.m. on Bravo TV, and the RHOC cast will be filming their reunion this week.