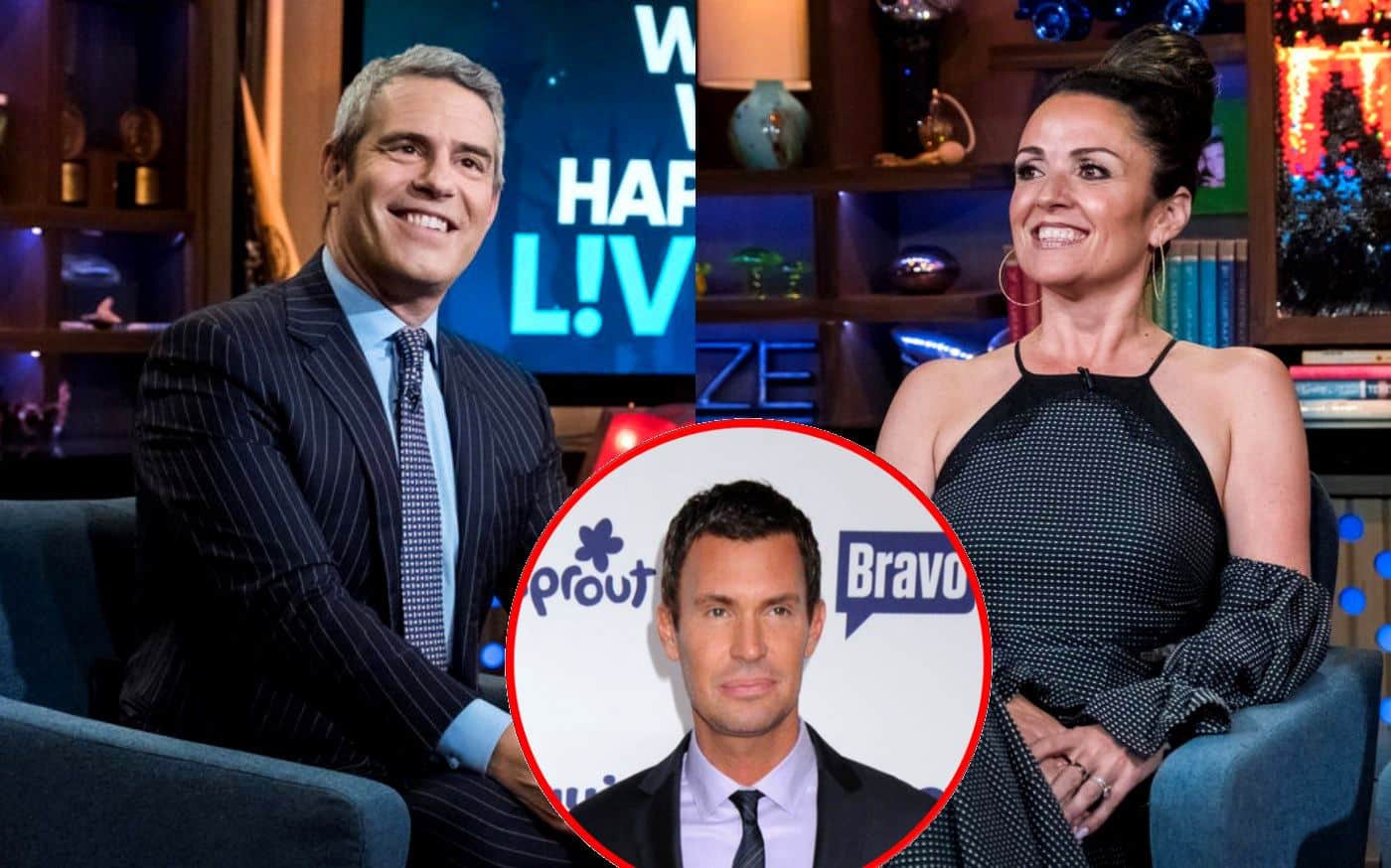 Jenni Pulos appeared on Watch What Happens Live last night, where host Andy Cohen questioned her about the ongoing feud between her and her Flipping Out co-star, Jeff Lewis. Additionally, Andy also revealed his thoughts on the drama and why he found it “very upsetting.”

After watching a short clip from Jeff’s appearance on the show, during which he said it would be hard to forgive Jenni after she went to their Bravo TV bosses and accused him of abuse, Jenni denied doing any such thing.

“I never filed a claim, I really worked for him, we were really friends,” she said. “[I’m] heartbroken about how it’s all transpired, but I wish him the best. I always have.”

After hearing what Jenni had to say, Andy revealed his on thoughts on the tension between the two design stars.

“I have to say, first of all, I’m so uncomfortable with this entire fight as you know because the three of us… I feel like we all came up together at Bravo, you know what I mean? I was with you guys from the very beginning,” Andy said.

“I never enjoy a fight but this one I hate,” he continued. “It’s very upsetting to me and I watched the finale, and I was like, ‘Wow, it’s like watching my parent splitting up. I don’t like it… or like my brother or sister.’”

During an appearance on his podcast series, Jeff Lewis Live!, last week, Jeff insisted he was targeted with an investigation due to Jenni’s allegations against him.

“It’s semantics at this point,” Jeff said. “Maybe you didn’t walk into HR with your attorney but you made accusations. And those accusations had to have been investigated.”

“My show-runner was on the phone for four hours talking to multiple executives going frame by frame to make sure there was no abuse that was being alleged,” he continued. “I would never make something like this up because it is damaging to my reputation and my career. So that is not something I would ever make up.”

In addition to his comments about Jenni’s abuse claims, Jeff has also denied that Jenni had been working for him for the past several seasons of Flipping Out.

“I have always claimed that Flipping Out is a true authentic un-produced show. It is. However, Jenni has not worked for me. She has not been working for me, for several, several seasons,” he said. “And I apologize because it is the one inauthentic thing about the show.”

Meanwhile, during an interview with PEOPLE magazine last week, Jenni insisted her professional relationship with Jeff was “very real.”

“I was his employee and I worked for him. It was very authentic, and that’s important,” she explained.

Flipping Out has yet to be renewed for a 12th season.