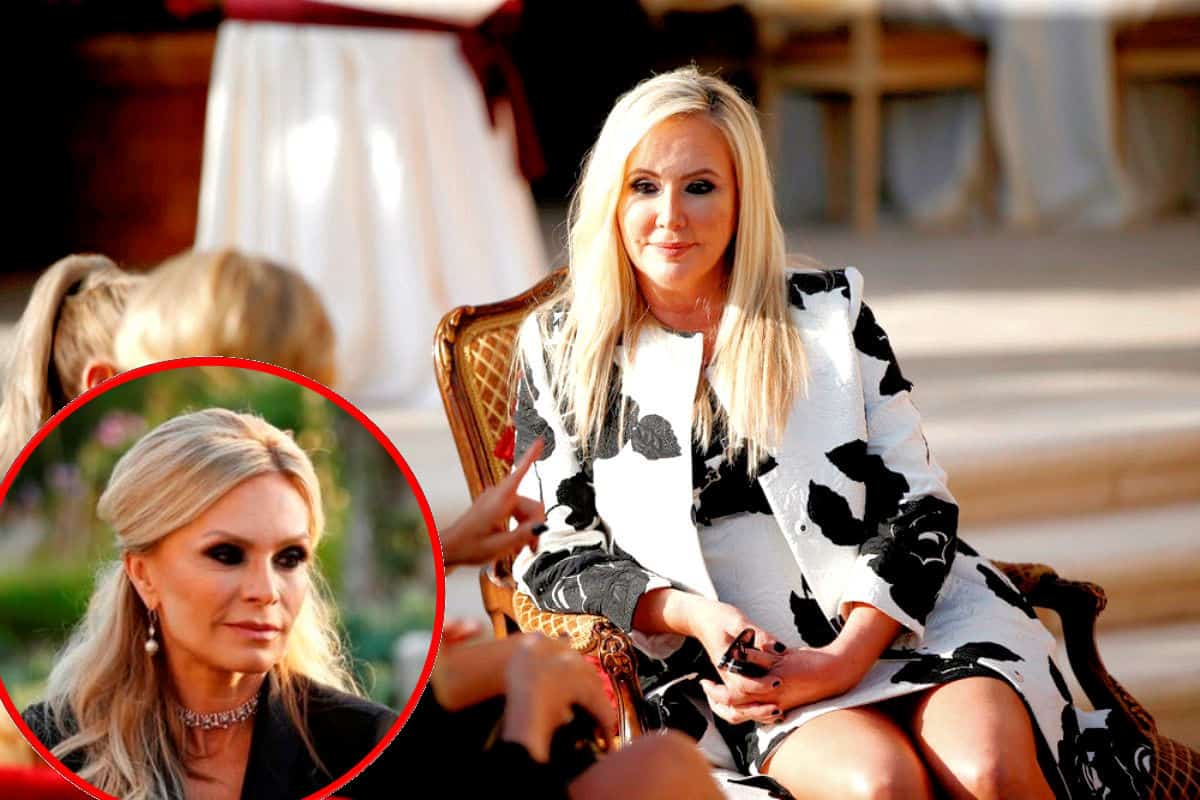 Shannon Beador is reportedly feeling “more victimized than ever” by her Real Housewives of Orange County co-stars after watching the finale episode of the show’s 13th season.

Following Monday’s night’s episode, an insider claims Shannon, who was dealing with the fallout from her split from David Beador throughout season 13, feels that all of her co-stars are against her, especially her one-time best friend Tamra Judge.

“Shannon believes everyone is against her and is so separated from the cast right now, but she knows that she is coming back next season. Out of everyone, she feels most betrayed by Tamra,” a show revealed to Radar Online. “This season really put a damper on their friendship and watching the past couple of episodes was really hard on Shannon.”

During a cast trip to Jamaica, Shannon and Tamra came to blows after Gina Kirschenheiter informed Shannon that Tamra had been talking badly about her behind her back. Although Tamra gave a much different account regarding their conversation, things between her and Shannon grew tense and by the time they united to film the reunion special, they were no longer speaking to one another.

“By watching the episodes of RHOC that came after Jamaica, Shannon was able to see how wrong she was about Tamra and she knows that Tamra is a f****g liar,” the source alleged.

Following a number of tense moments during production, Shannon and Tamra came together with their co-stars at the reunion and during the taping, “the s**t hits the fan.”

“The reunion made things even worse for Shannon and Tamra and, since then, Shannon has been focused on her friends that are not television stars,” the source revealed.

Just before this report was shared, Shannon posted a cryptic message on her Twitter page, which appeared to be aimed at either Tamra or Gina.

“The camera doesn’t lie,” Shannon wrote. “There is only one blatant liar… #watchtheflashback #rhoc.”

The camera doesn’t lie. There is only one blatant liar… #watchtheflashback #rhoc

Although Tamra didn’t directly reply to Shannon, she did react to a fan who commented on Shannon’s Twitter message by slamming her for taking aim at Shannon’s weight and meal plan line with QVC.

“Tamra said some pretty hurtful things about your weight and about your healthy meal endeavor. I feel badly you had to watch that,” the fan wrote.

“You didn’t get to see the whole convo. I’m happy for Shannon and her meals are yummy,” Tamra replied.

While Tamra has recently denied there is a major rift in her friendship with Shannon, we do notice that while Tamra has continued to like Shannon’s posts on Instagram, Shannon hasn’t returned the favor in almost two weeks now.