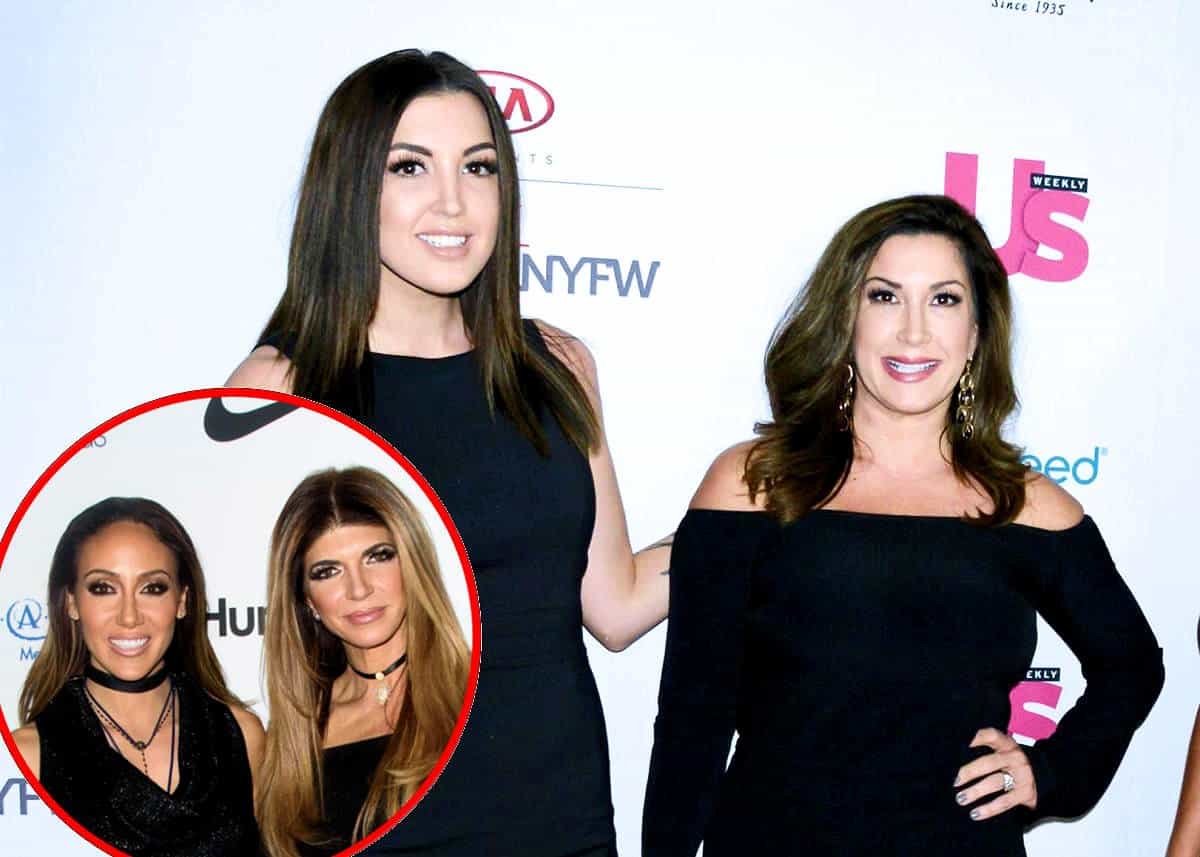 Ashlee Holmes shared a series of Instagram stories on Thursday in regard to her past experiences on The Real Housewives of New Jersey.

Years after leaving the Bravo TV reality show, Ashlee, the oldest child of former cast member Jacqueline Laurita, opened up to fans about her regrets and revealed she recently apologized to her former co-stars, Teresa Giudice and Melissa Gorga.

“For the record…I just want to let the #RHONJ fans know…I have spent a lot of time reevaluating decisions I’ve made. I’m not fully happy with how I’ve chosen to handle conflict in the past,” Ashlee explained on Instagram. “That being said…I have recently sent apologies for my role in the drama that took place between myself, @Teresa and @Melissa.”

She added, “I haven’t received a message back from Teresa yet (understandable given her current circumstances) – I did receive a lovely response from Melissa though.”

Years ago, Ashlee called out Teresa and Melissa for lying about her mother on the show and suggesting it was Jacqueline who was allegedly responsible for exposing Teresa’s legal mistakes, which ultimately led to jail time and a deportation.

Ashlee also engaged in a number of social media disputes with the two women in recent years.

“Some people may not understand my reason for this. Especially those who know me personally lol,” she continued. “The way I look at it…nothing that terrible has happened between us. It’s just been a lot of petty sh*t talking and name calling (on both ends) and it’s just all very stupid at the end of the day. It’s been very catting high school behavior. And I just think there’s no reason to hold on to the unnecessary bad energy.” 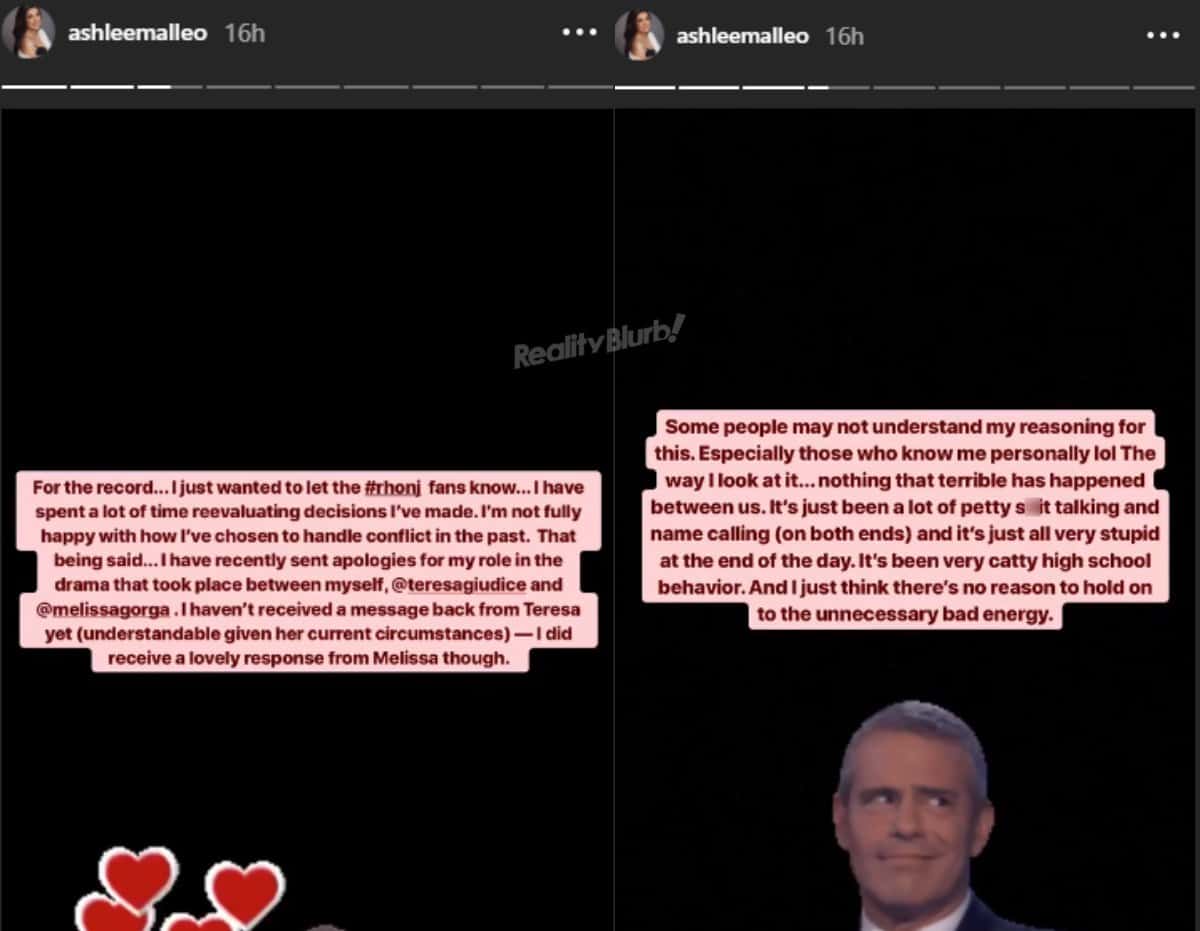 According to Ashlee, who recently got married, giving birth to her baby boy, Cameron Hendrix Malleo, two years ago changed her views on a lot of things.

“I think becoming a mother has just really helped me to continue to grow and look at life with a new perspective. And although I’m aware I am human and I will still be angry and impulsive at times I am learning to let things go,” she reflected. “And I am working on not being so impulsive over such petty things.”

“At the end of the day,” she continued, “no one keyed anyone’s car, there was no physical fight, it was all just nonsense. And the bottom line is I just want peace. The same way I’m sure they do. I’m not looking to grab coffee and be bffs. I simply would like to think that if I ran into one of them somewhere that we could at the very least be civil.” 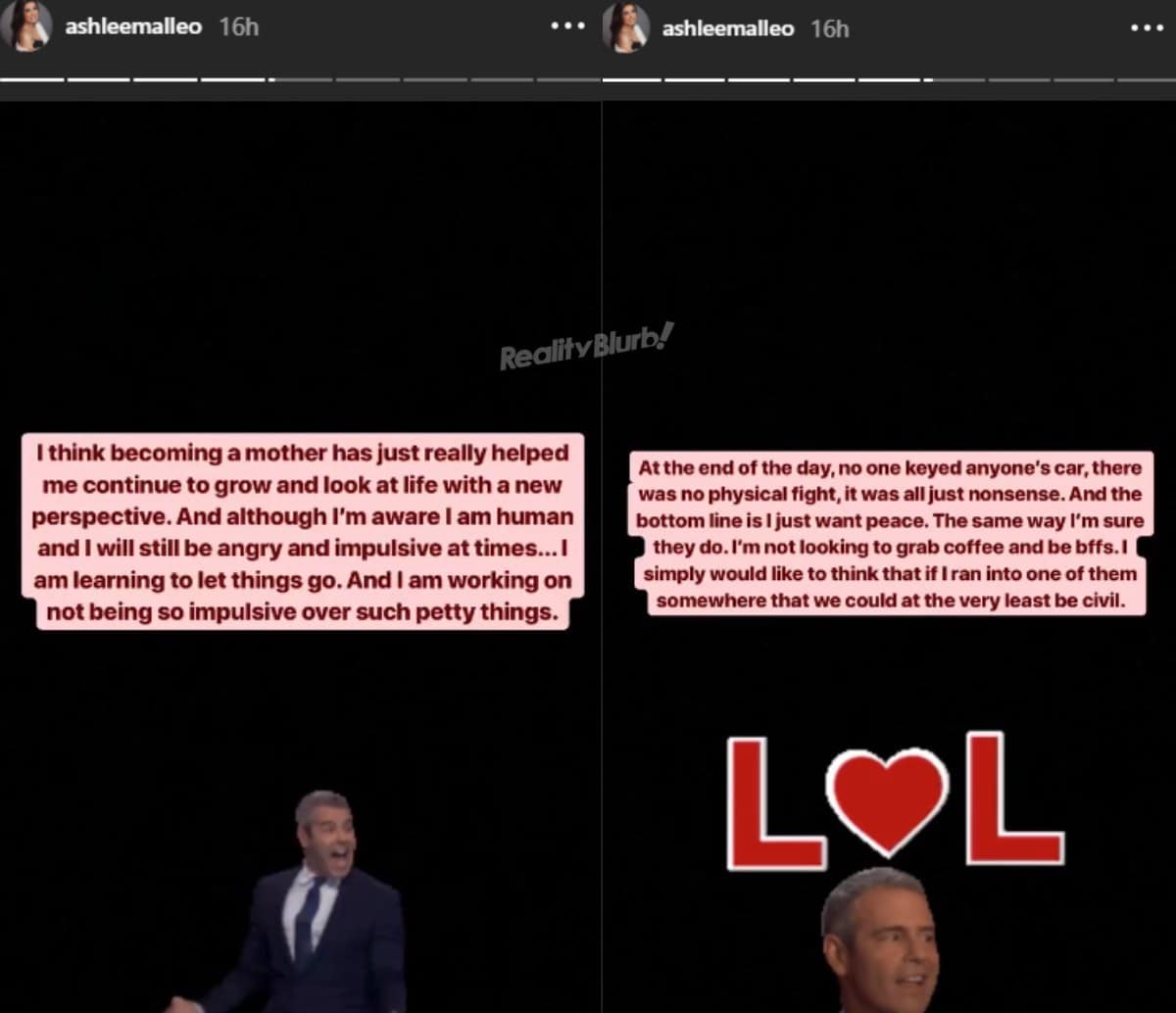 While the RHONJ is going strong long after Ashlee’s exit, she hopes fans of the hit series will allow her to move on from the drama that has played out over the past several years.

“I understand the fans are still going to have their opinions…no matter which side of the drama you were on lol..and that’s fine. I would just hope some of you could respect the fact that I’m moving forward in a positive first with not just them, but with everyone in my life,” Ashlee said.

“Life is too short for unnecessary bad vibes. I would just like to move on, and I hope all of the RHONJ viewers out there will let it be and respect that,” she added. “I think everyone is capable of moving forward if we all just take a deep breath and let it all go. I haven’t even been on the show for two seasons now so it should be easy for ya.” 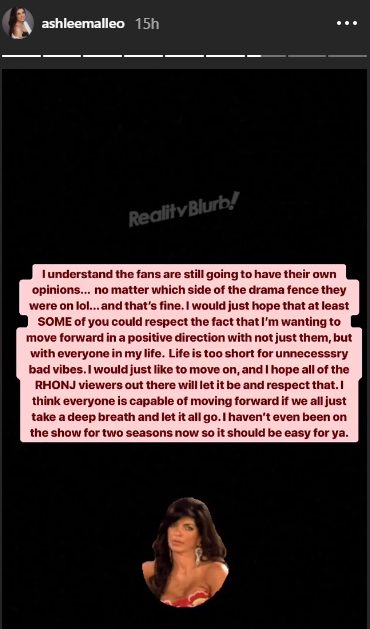