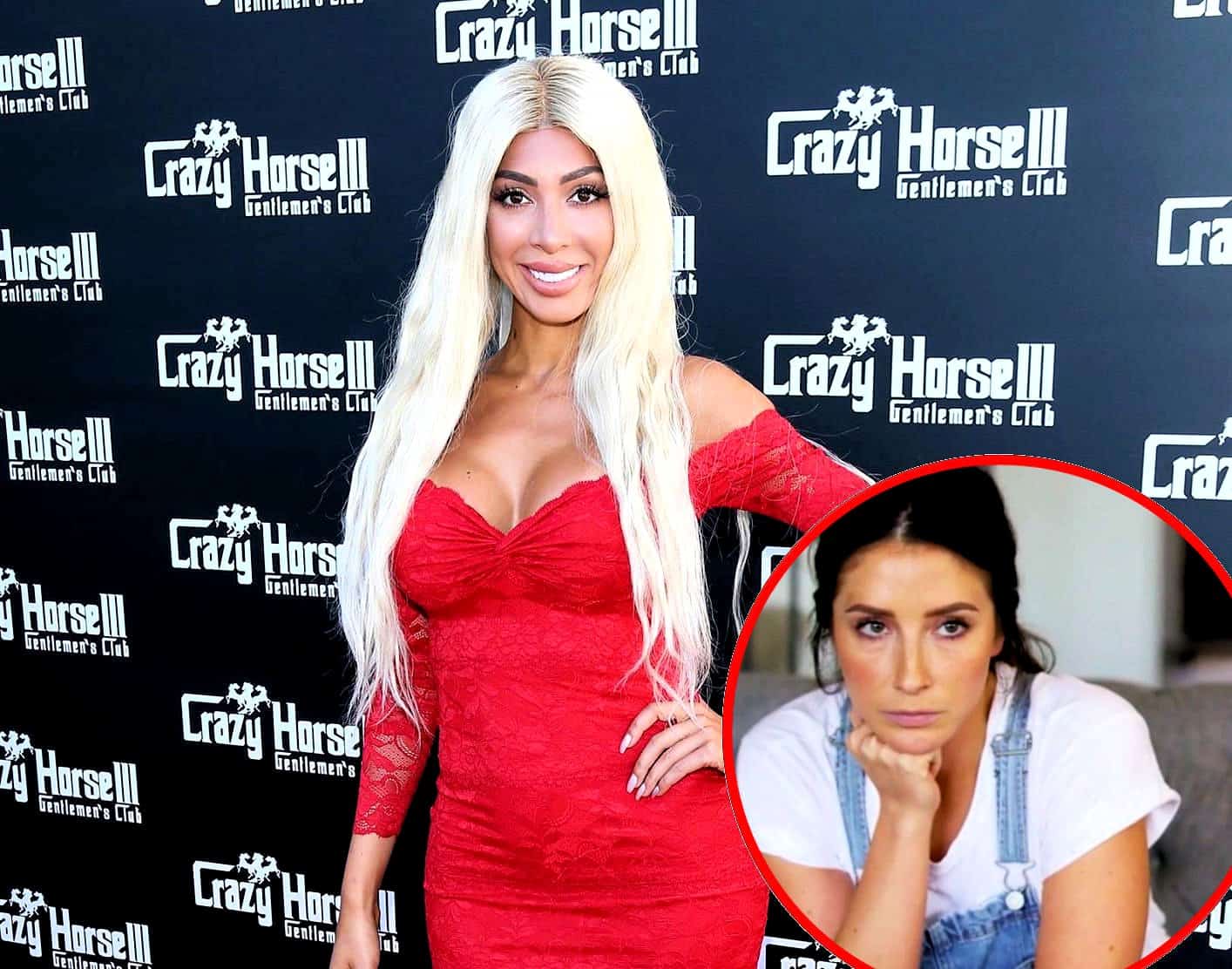 Farrah Abraham is fighting back after being compared to Jerry Springer by her Teen Mom OG replacement Bristol Palin.

On Thursday, after arriving to Los Angeles, the former reality star addressed a recent Instagram post shared by Bristol in which the show’s new addition slammed MTV for focusing on her baby daddy drama, rather than her parenting.

“I left the Jerry Springer sh*t, if you will, and the only thing the Teen Moms and MTV uses my name for is to get attention for the show,” she told TMZ.

In her post, Bristol accused MTV of using her as a “fake fill-in” for Farrah and her “Jerry Springer BS.”

“No matter how bad [Teen Mom] tries to portray my ‘life’ ….. my babies, my family, my close friends – they know the TRUTH,” Bristol wrote in an Instagram post. “I’m a pretty great mom, work my a** off, show up, and hustle everyday to give my kids a pretty great life. MTV doesn’t want to talk about faith, show work ethic, or juggling three kids alone, they don’t want to show the humble process of starting over after a divorce, building a career, or any real life issues. All they want with my little segment each week is some fake fill-in Farrah Abraham/Jerry Springer BS, and it’s simply not true.”

In response to the post, Farrah slammed Bristol for using her name to draw attention on her and the show.

“I’m not paid for the publicity of the show. I definitely don’t edit it and I think Bristol isn’t prepared to be on national television or on Teen Mom or understand production or TV anymore,” Farrah continued of Bristol’s comment. “That’s why she brings my name into it to bring someone who has nothing to do with it. But again, I would hope that she wouldn’t move to somewhere I live, where I do business and try to mimic or imitate me in any such way.”

As fans may know, Bristol is currently living in Austin, Texas, where Farrah also has a home.

“I think she just wants to be Farrah Abraham herself like many of the other women who say they just hate me and think the worst of me but then they only wish they could have what I have,” Farrah explained.

Farrah then encouraged Bristol to leave her role on Teen Mom OG if she “can’t handle the heat.”

“I’m an amazing mother. I don’t know about her. If she makes the best choices for her life, maybe MTV and maybe Teen Mom isn’t the best choice,” she said. “I wish and I don’t think she’s prepared for Teen Mom. I think she should just leave if she can’t handle the heat.”