Tinder Woman Dishes on One Night Stand with Teen Mom OG’s Ryan Edwards, Plus He Checks Into a Hotel as Wife Mackenzie Standifer Reacts 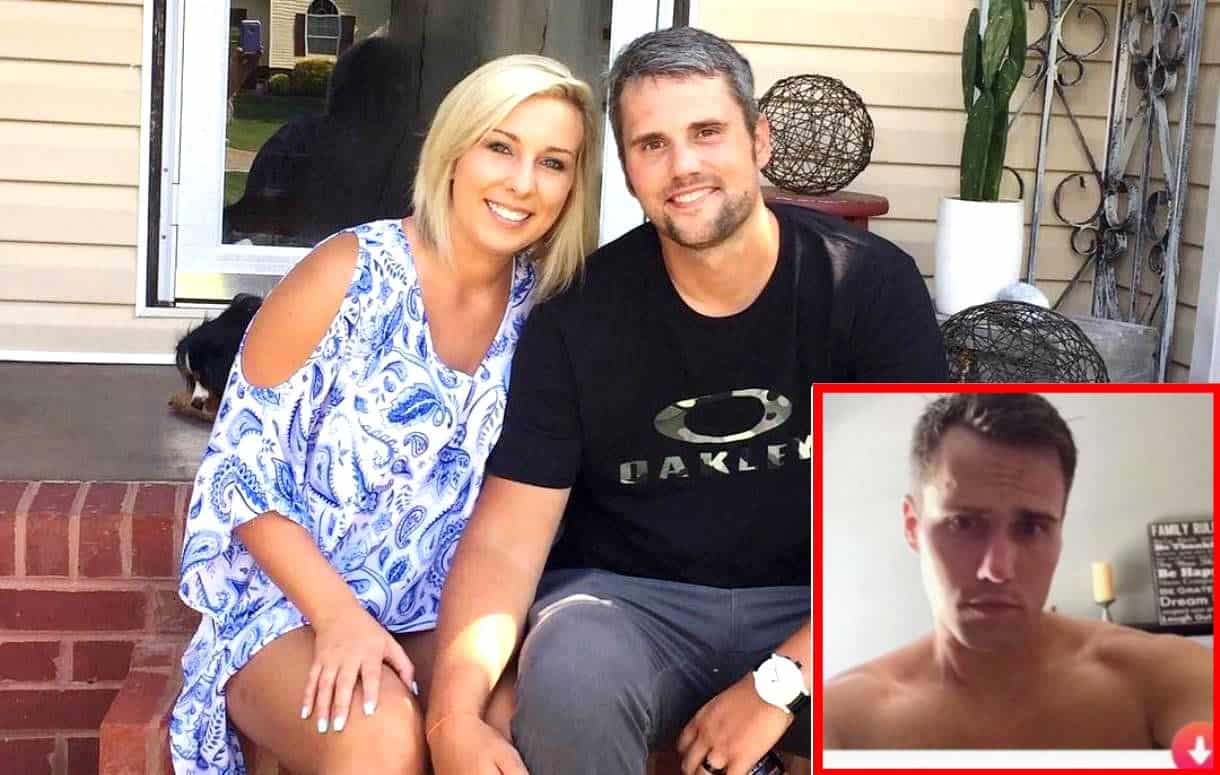 Former Teen Mom OG star Ryan Edwards is reportedly living out of a hotel amid his Tinder cheating scandal. Additionally, a woman is speaking out about their alleged one-night stand after meeting on the dating app this month.

In a new shocking report, the woman is telling all about her night with Ryan after he arrived at her place on Tuesday, December 11 around 2:30 am.

“I did not acknowledge that I knew who he was,” the woman told Radar Online on December 21. “We started making out and then I gave him a blow job. He told me to s*t on his face.” She also added that he was “good” at giving oral sex.

Things take a turn for the ickier when the woman reveals Ryan did not use protection during their alleged encounter.

“He flipped me over and then starting to have sex with me,” she alleged. “A minute later he went soft. It was embarrassing.”

“He didn’t use a condom,” she continued. “There was no hesitation or second thought. It wasn’t something he was prepared with at all.”

The woman adds that following the encounter, Ryan “disappeared off Tinder” and she hasn’t tried to contact him since.

A separate report is also revealing that Ryan hasn’t been home for a week as he continues to face rumors regarding his cheating on the dating app.

“They’ve been arguing a lot,” an insider revealed to Radar Online on December 20 of Ryan and his wife of one-and-a-half years, Mackenzie Standifer. “He hasn’t been home since Sunday night.”

While Ryan and Mackenzie were previously living together at a home in Tennessee with their new baby, Jagger Ryan, and Hudson, the son Mackenzie shares with her former husband, he reportedly vacated the home after Radar contacted him and Mackenzie about the allegations against him last weekend.

Meanwhile, Mackenzie shared a cryptic post on her Instagram page, which read, “Some women fear the fire, some simply become it.”

Mackenzie also posted a meme to her Instagram Stories.

“The less you respond to negative people, the more peaceful your life will become,” her message read.

“Silence is golden,” she added. 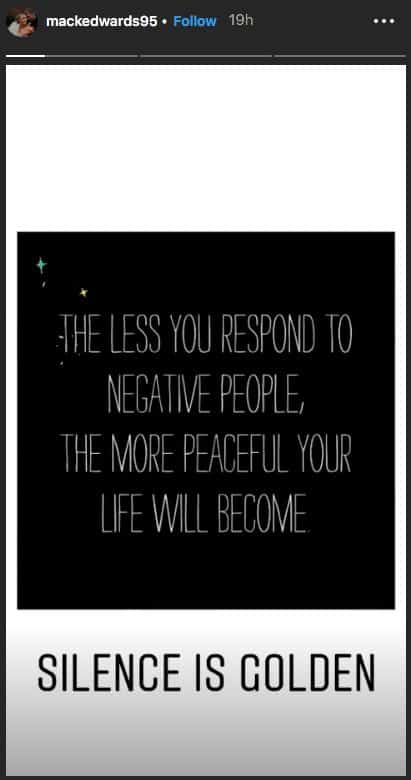 In addition to reportedly sending an unnamed woman a series of photos and even a video of himself, Ryan told her he was “married” but “not together” with Mackenzie. He also asked her if she’d like him to get them some “blow” for a possible in-person hookup.

News of Ryan’s alleged infidelity comes just weeks after the former reality star returned home to his wife and son following a 90-day stint in rehab. As fans well know, Mackenzie gave birth to their baby boy in October while Ryan was still in treatment.