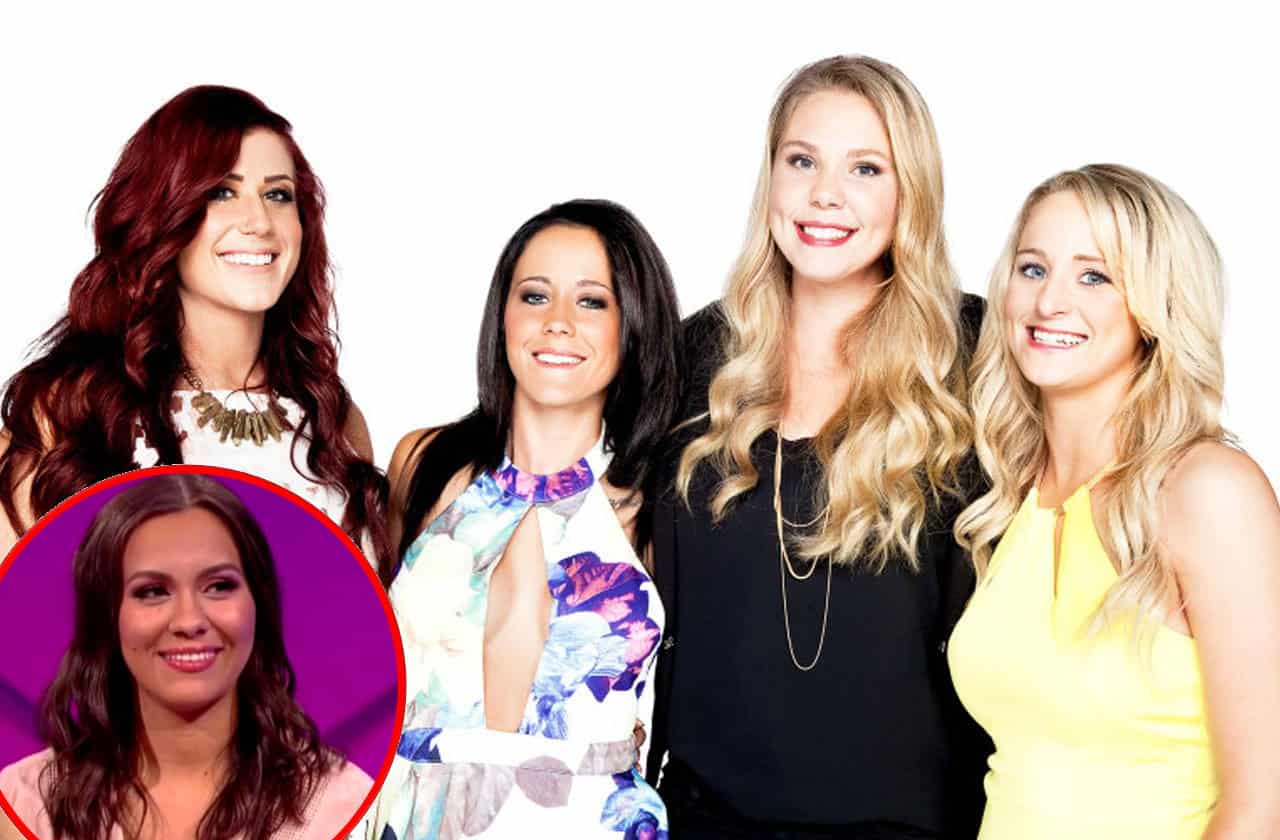 Teen Mom 2 is returning to MTV for season nine next month and below is the all-new season 9 trailer as well as spoilers!

Following the release of the short teaser clip, a new report is sharing details about season nine and revealing which two former cast members of the series have been dragged back to the storylines of the show.

According to The Ashley’s Reality Roundup, producers made a point to create storylines for Jenelle Evans and Kailyn Lowry with people from their past, including Jenelle’s former boyfriend, Andrew Lewis, and Kailyn’s estranged mother, Suzi Irwin.

“Since there is a lot of stuff that is off-limits to film, either at Jenelle’s request or because it has to do with David and MTV won’t film him, the producers had to come up with new subjects to include in Jenelle’s story. They are going to be revisiting with Jace’s father Andrew this season,” an insider revealed months ago.

As fans of Teen Mom 2 well know, David Eason was fired from the show in February after going on a homophobic rant on Twitter. So, when it came to Jenelle’s storyline, producers had their work cut out for them. Luckily, after previously being on the outs, Jenelle and her mother, Barbara Evans, made amends — and made room for a new storyline on the show.

In MTV’s sneak peek at the new season, Jenelle’s producer Kristen informs her that Andrew, the father of her oldest child Jace, had been in touch with her. However, according to The Ashley, it was producers who reached out to Andrew in hopes of shaking up Jenelle’s season nine plot.

“They were desperate because at the time they literally had no one to film Jenelle with. She wasn’t speaking to any of her family, they couldn’t film David, and she has no friends around to film with. They had to come up with something,” the source explained.

According to the report, it has not been confirmed whether or not Andrew will actually appear on camera during the new season. That said, it has been revealed that Jenelle will be seen having a one-on-one chat with her security guard.

“There was literally no one else for her to talk on-camera with,” the source added.

As for Kailyn, she expressed months ago that she would like to locate her mother and admitted she wasn’t even sure if she was still alive.

“Again, that whole plotline was just [MTV] trying to come up with something to film Kail about that didn’t have to do with one of her exes,” the source said.

Meanwhile, both Leah Messer and Briana DeJesus have new men in their lives, Johnny Rodriguez and Jason Jordan, respectively, and both of their new boyfriends will be seen on the show.

You’ve seen where the moms have been. Now it’s time to see where they’re headed next. ✨

Find out what the future holds on a brand new season of #TeenMom2 beginning Monday, January 14th at 9/8c on @MTV. pic.twitter.com/iSoipHWssC

Chelsea Houska and Cole DeBoer will also be seen in the upcoming season and, as per the usual, they appear to be quite happy as they prepare for the birth of their third child, daughter Layne.