Former RHOBH Star Eileen Davidson Throws Shade at Lisa Vanderpump! Plus She Speaks Out On Lisa’s Feud with Lisa Rinna and Possible Return 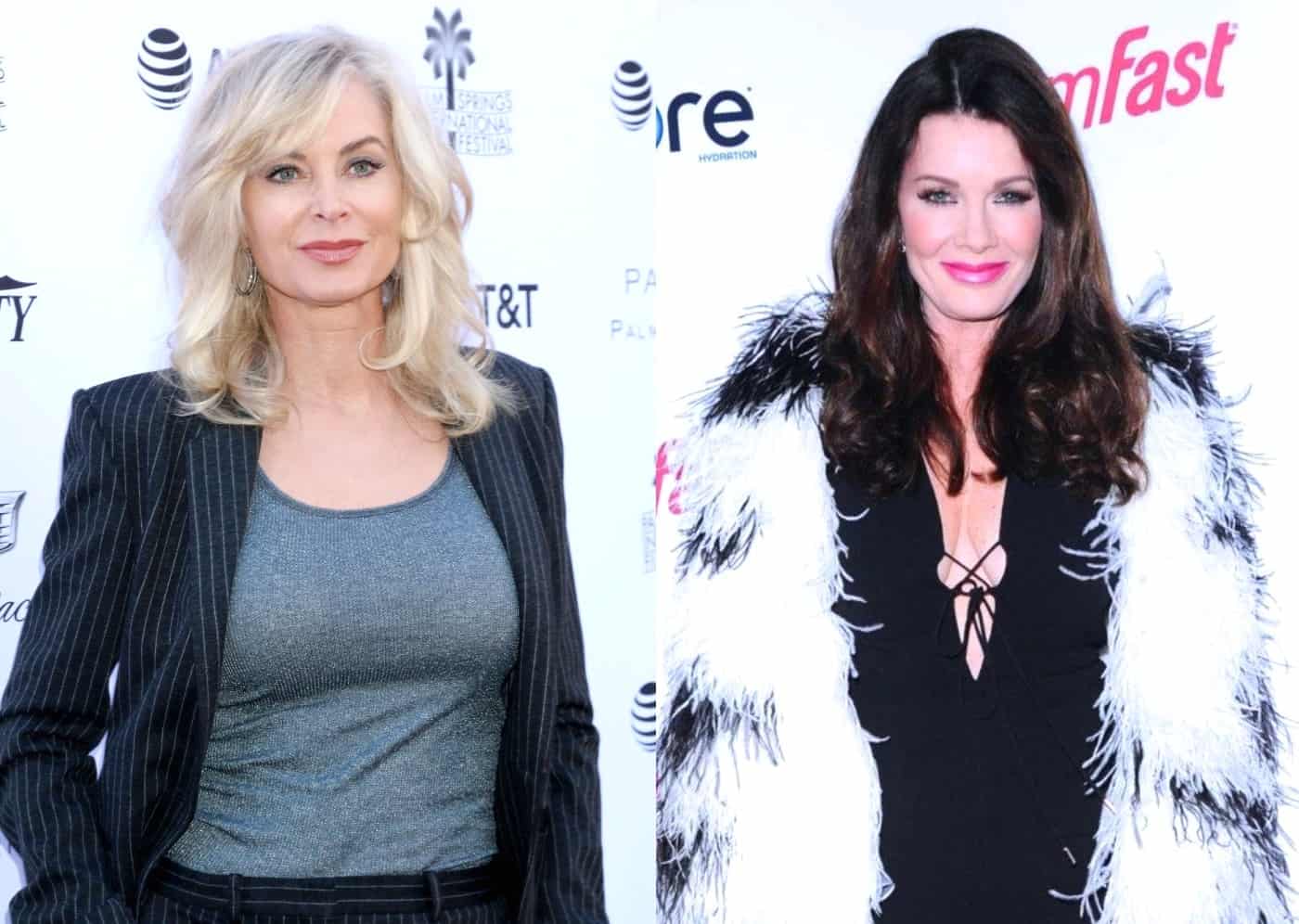 Former Real Housewives of Beverly Hills star Eileen Davidson is throwing some shade at Lisa Vanderpump in an all-new interview, as she also discusses Lisa’s latest feud with Lisa Rinna and whether or not she’s open to returning to the Bravo series.

During an appearance at the 30th Annual Palm Springs Film Festival, the soap star commented on the ongoing tension between her ex-co-stars and confirmed she truly believed Lisa V. and Lisa R. would soon be friends again.

“Things change so quickly, especially in reality TV. There’s always a way to patch something up for a specific reason. You never know. I would say absolutely. They could be friends next year this time,” she said while chatting with Hollywood Life.

Lisa V. began feuding with her co-stars in September of last year, reportedly due to some drama involving Dorit Kemsley‘s adoption of a dog from Vanderpump Dogs who later turned up at an animal shelter, and now, months later, she remains estranged from the entire cast.

Although Lisa V. has denied swirling reports that suggest she may soon leave The Real Housewives of Beverly Hills, Eileen said she wouldn’t be surprised to see her call it quits with the Bravo TV reality series… since she constantly threatened to walk away from the show during previous seasons according to Eileen.

“I do [see that]” Eileen said of the possibility of Lisa quitting. “Because I know that she’s threatened to leave for about 6 years. She also has another show doing quite well on the same network. If it’s that hard…this is just my personal opinion. I don’t have any inside information, but just from observing, I would say, ‘Wow, it was hard for me for 3 years.’ For her after 10? I can’t imagine.”

As for her thoughts on rejoining the show, which she quit after season seven, Eileen said that while she doesn’t have any regrets about her time on the series, she can’t imagine returning — at least not in the near future.

The Real Housewives of Beverly Hills season nine will premiere on Bravo TV on Tuesday, February 12 at 9 p.m.

WOULD YOU LIKE TO SEE EILEEN RETURN TO THE RHOBH?