Home Real Housewives of Beverly Hills News Lisa Vanderpump Throws Shade at RHOBH Cast’s Accusation that She Sold a Story to the Press, Plus Video of Lisa Hanging Out with Miley Cyrus at TomTom Bar!

Lisa Vanderpump Throws Shade at RHOBH Cast’s Accusation that She Sold a Story to the Press, Plus Video of Lisa Hanging Out with Miley Cyrus at TomTom Bar! 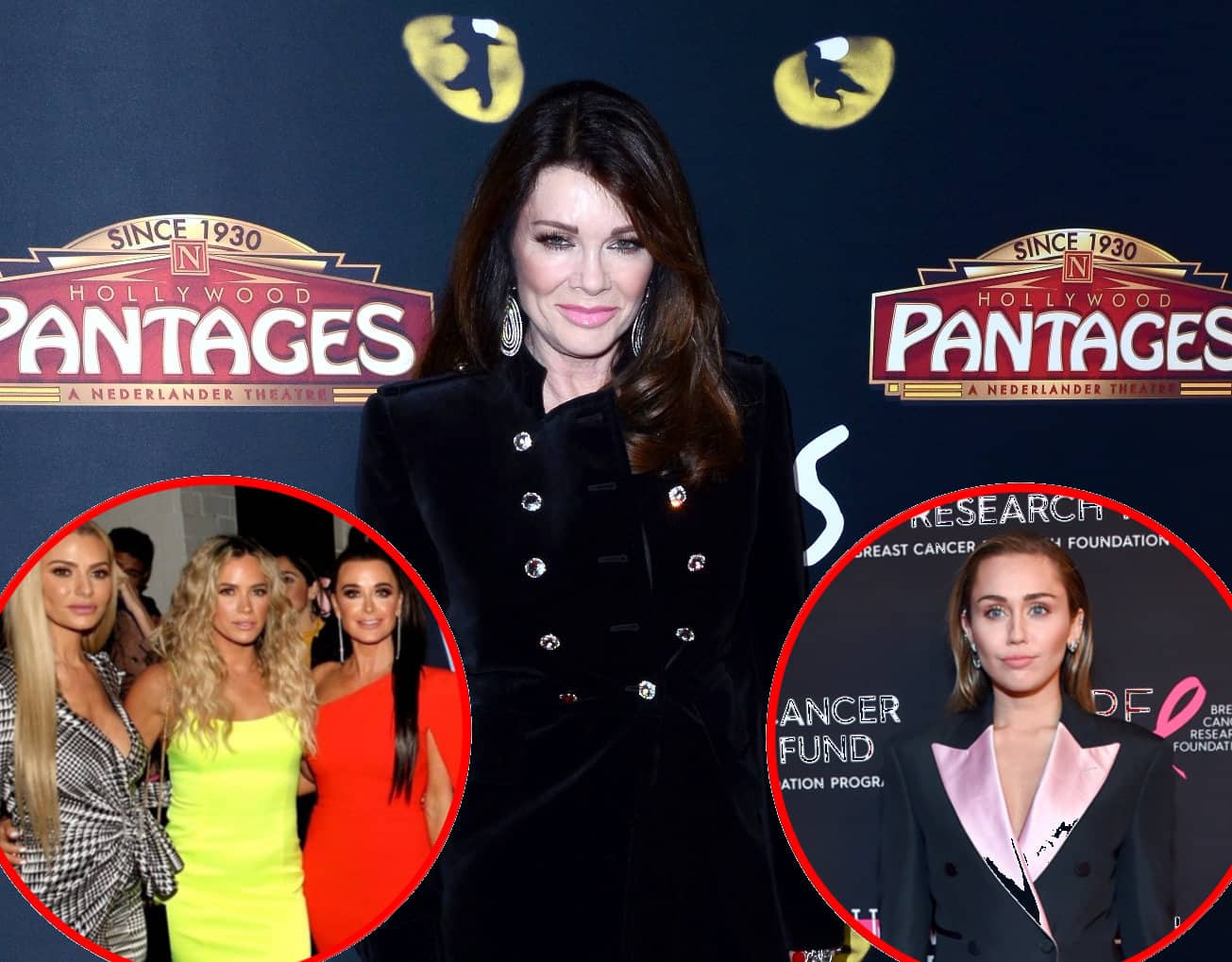 The good news for Real Housewives of Beverly Hills fans is that the Puppy Gate storyline is winding down, however, before it comes to an end, there will be more twists and turns as some of the cast members, including Kyle Richards, will accuse Lisa Vanderpump of leaking the story to a media outlet during filming.

As some fans of the show are aware, the first time the public heard of the Puppy Gate drama was back in September of last year, amid filming, after Radar Online reported that Lisa and Dorit Kemsley were feuding due to the dog Lucy, which Dorit adopted from Vanderpump Dogs, ending up at a shelter.

Over the weekend, Lisa, who owns a number of restaurants in Hollywood, took to her Twitter page to throw a little shade at the accusation that she was the one who leaked this story to the press.

On March 23, Lisa tweeted, “A famous face every day will walk thru the door of r restaurants, but no stories in the press or paps called. But I sell stories about dogs ?.” 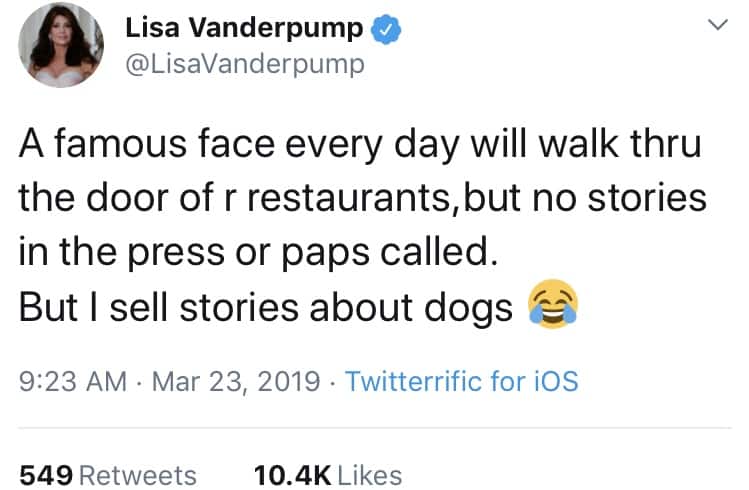 On the most recent episode of the RHOBH, Kyle and Lisa’s friendship remained intact following accusations by Teddi Mellencamp that Lisa set her up to expose the Puppy Gate story. However, as seen in a preview from the premiere episode this season, things will come to a head in the upcoming episodes when Kyle gets kicked out of Lisa’s home by Ken Todd, following an accusation that Lisa was the one who leaked this story to the press.

In other RHOBH news, Lisa’s many bars and restaurants continue to be the hottest spots in Hollywood as they are frequently visited by famous celebrities!

A week after Selena Gomez visited Lisa’s TomTom bar, which she co-owns with Vanderpump Rules stars Tom Sandoval and Tom Schwartz, it was Miley Cyrus’ turn to pay a visit to the hotspot.

Even more, Miley, 28, actually hung out with Lisa and Sandoval during her visit on Friday.

Earlier today, Lisa took to her Twitter page to share a video with Miley, with the caption: “About last night.”

And thanks to Sandoval, Miley was able to Facetime DJ James Kennedy, who was busy DJ’ing an out of state event in DC, according to Us Weekly. James shared a video of his Facetime conversation with Miley on Instagram.

Miley also shared a photo of herself with Lisa on her Instagram Stories. That screenshot is below. 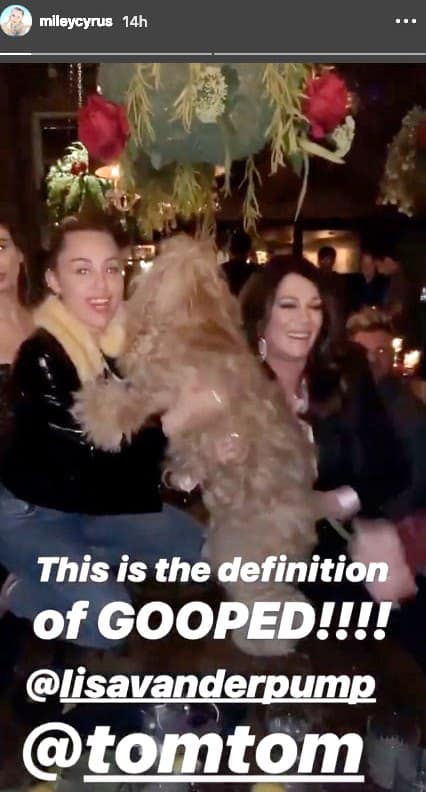