Home Real Housewives of New York City News PHOTO: RHONY’s Bethenny Frankel Shares Pic of Her Allergic Reaction After Being Kissed by Someone Who Ate Fish

PHOTO: RHONY’s Bethenny Frankel Shares Pic of Her Allergic Reaction After Being Kissed by Someone Who Ate Fish 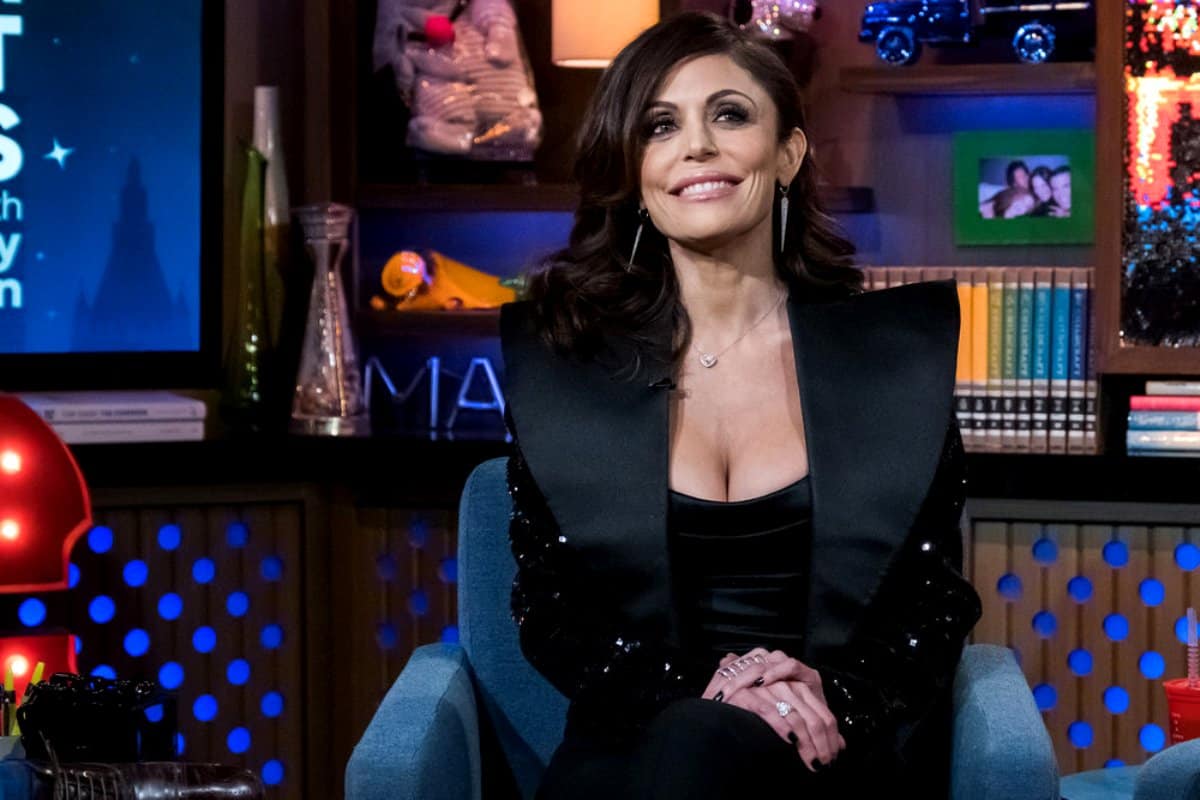 Bethenny Frankel is allergic to fish and over the past several months, she’s endured a number of scary moments.

Over the weekend, after suffering a near-fatal allergic reaction to fish months ago in Boston, where her boyfriend Paul Bernon resides, the Real Housewives of New York City star was kissed by someone who had eaten lox and was immediately faced with a rash on her chin.

“My friend had lox for lunch and smooch [goodbye],” Bethenny wrote in the caption of a photo she shared on her Instagram Stories.

In the photo, Bethenny used a blue arrow to spotlight the rash on the left side of her face. 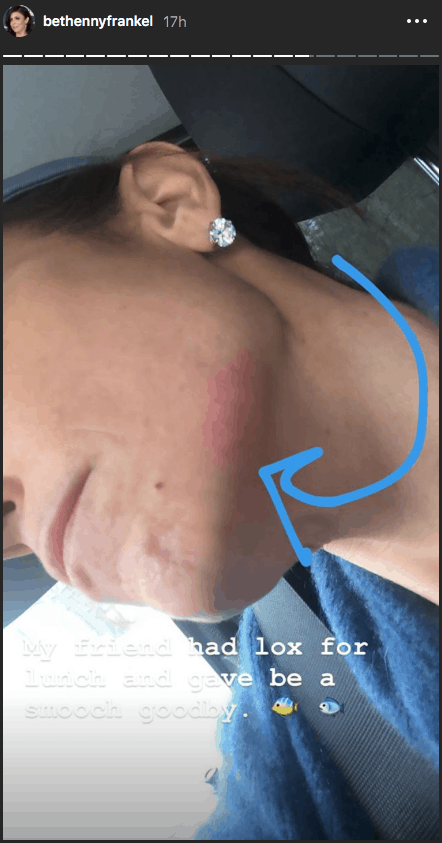 Earlier this year, during an appearance on The Dr. Oz Show, Bethenny opened up about her near-death experience in Boston after eating miso soup at her boyfriend’s home and admitted that she’s scared to be alone due to her intense allergy to fish.

“I felt a little tickle in my throat. Something felt a little off… not much, less than before in my life. By the time he came back I was unconscious,” Bethenny continued. “He managed to get Benadryl down my throat while calling 911. I guess 15 minutes later I woke up, disoriented. There were cops, there were medics. I remember them taking me on the stretcher into the ambulance but thinking, ‘I’m having a stroke and dying.’”

Now, after nearly losing her life, Bethenny is afraid to eat alone.