Home Real Housewives of Beverly Hills News RHOBH’s Kyle Richards Says “The Show Must Go On” If Lisa Vanderpump Quits RHOBH, Plus Do Producers Play The Cast Against One Another?

RHOBH’s Kyle Richards Says “The Show Must Go On” If Lisa Vanderpump Quits RHOBH, Plus Do Producers Play The Cast Against One Another?

by Lindsay Cronin May 1, 2019 280 comments
ShareTweetWhatsappPinterestRedditTumblrMailFlipboard 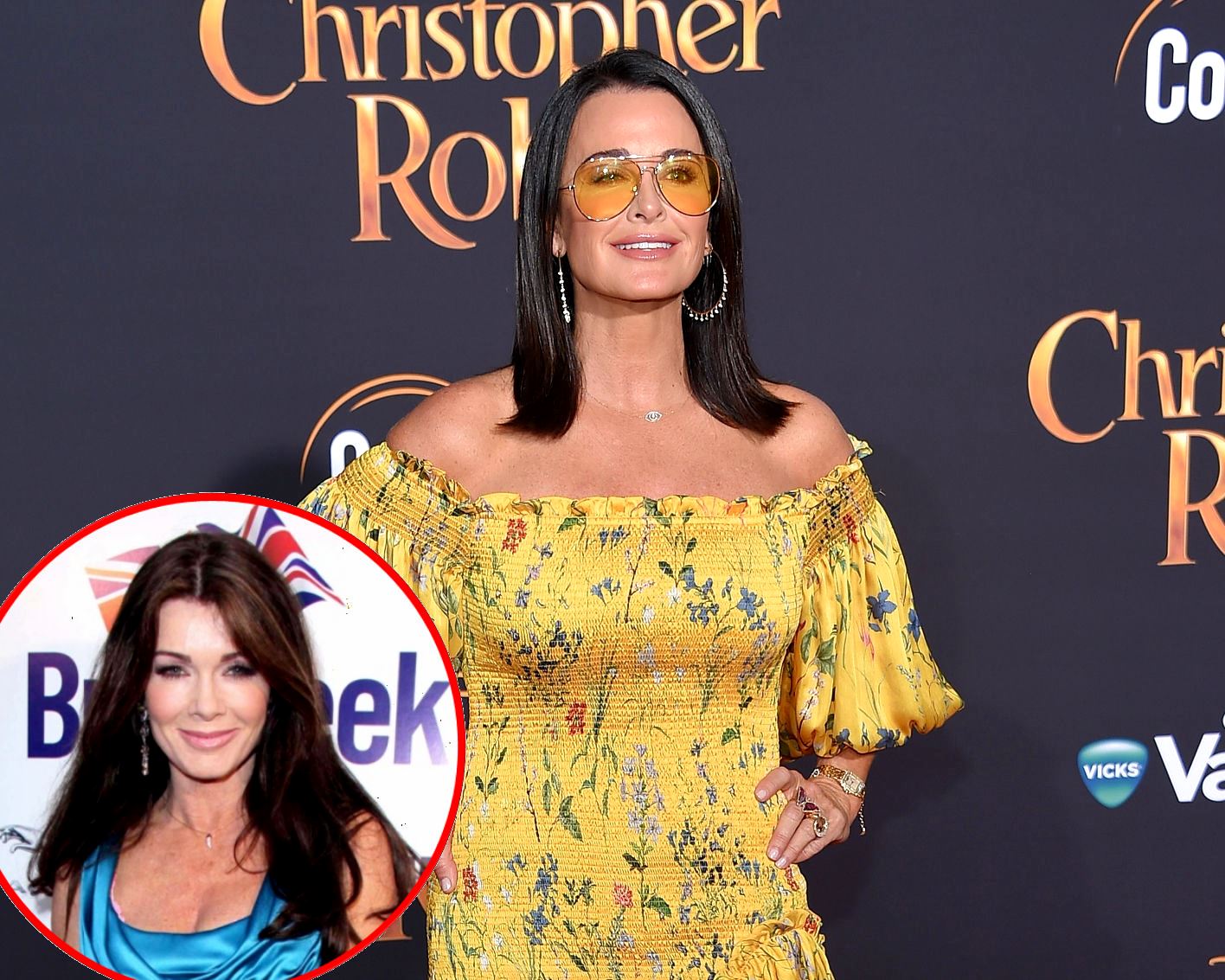 What does Kyle Richards think about the recent rumors suggesting Lisa Vanderpump may quit The Real Housewives of Beverly Hills and skip the upcoming season nine reunion?

During a new interview, Kyle opened up about filming the latter half of the season without Lisa before addressing reports of her potential reunion absence and the way in which producers may be pinning her and her co-stars against one another.

“I always wanted to do the show with Lisa. We had fun together. But I think if she doesn’t want to do it, then the show must go on,” Kyle said during a May 1 appearance on E!’s The Daily Pop. “We’ve been doing it and people are loving it. The ratings are really high. So, I would love to always do the show with Lisa, but if she’s not going to be there, what can we do? We gotta move on.”

While Kyle was unsure of Lisa’s future with Bravo, she said she believes Lisa will attend the reunion.

“None of us like the reunion. No matter what, none of us like going. It’s torture. It’s like getting ready to go into the boxing ring the next day,” Kyle explained. “It’s just an emotional torture all day, but I think [Lisa] will [show up].”

Weeks ago on The Real Housewives of Beverly Hills, fans watched as Kyle and Lisa endured a massive falling out at Lisa’s Beverly Hills home after Kyle revealed their co-stars had accused Lisa of potentially leaking a negative story about Dorit Kemsley and her former dog, Lucy. Now, months after the episode was filmed, Kyle is still hopeful for a future reconciliation.

“Honestly, I think that if you have a deep enough friendship and you care enough about someone, there’s always room for repair,” she noted. “That’s how I feel. I can’t speak for Lisa, though.”

Looking back on the end of their friendship, Kyle said that if Lisa’s husband, Ken Todd, wasn’t present, things likely would have ended very differently for the two of them.

“I think we could have talked through it. I think maybe we could have left it as, ‘Okay, we can agree to disagree,’ and that’s it,” she said. “I never intended for it to end a friendship.”

As for whether or not producers have played a role in the turmoil between her and her co-stars, Kyle said the Bravo staff is actually really careful to avoid manipulating storylines.

“If they were to say something to one of us to get us worked up, don’t think that their name’s not coming up at that reunion and they don’t want that,” she explained. “So they have to keep their hands real clean. Can you imagine? ‘Well, the producer told me this.’ Yeah, that’s not going to happen.”