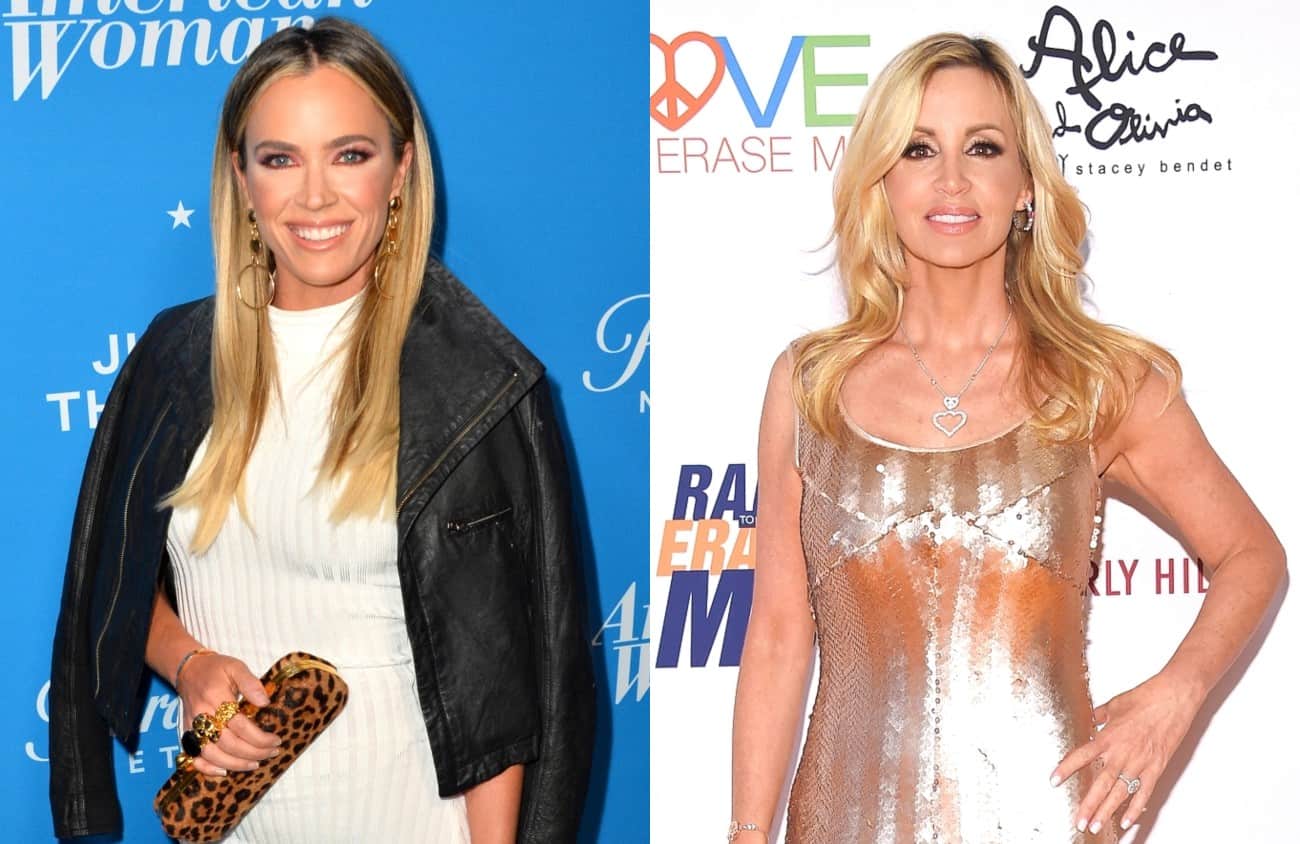 Teddi Mellencamp is firing back at Camille Grammer in her Bravo blog for the statements she made against her during Tuesday night’s episode of The Real Housewives of Beverly Hills.

After being called out by Camille for her alleged entitlement and accused of sticking herself into situations that didn’t involve her, Teddi clapped back at Camille by mentioning her work ethic and the fact that she didn’t need a divorce settlement to maintain her lavish lifestyle.

“Let’s talk about the ‘entitled millennial’ label that Camille tried to use as an insult last week,” Teddi began. “I take millennial as a plus, as it makes me feel young! And entitled? Nah. I’ve worked since I was a teenager and built a business on my own from the ground up.”

Teddi then reacted to Camille’s claims about her putting herself in the middle of a conversation between their co-stars, Dorit Kemsley and Kyle Richards, by explaining she “had an opinion,” just like Camille has had on a number of occasions.

“Just last week, Dorit and Kyle were having a conversation at my dining table and, gasp, Camille ‘insinuated’ herself into that conversation by telling Dorit she hadn’t heard about her until two years ago, something that was more insult than opinion,” Teddi recalled.

Teddi also suggested Camille had been hypocritical with her statements about things Lisa Rinna said in The Bahamas.

“I’m fairly certain nothing Rinna said was as crazy as the things Camille was spewing about LVP a few weeks ago at Beauty & Essex,” Teddi wrote in regard to Camille’s mean comments about Lisa Vanderpump‘s teeth.

“Camille has continuously made negative comments about Dorit behind her back, like that Dorit makes the hairs on the back of her neck stick up, yet she continues to act so kind to Dorit’s face. So yes, while Camille’s face was right there tonight, she still left at least three others at home” Teddi added. “Strap that on for thought.”