Home Real Housewives of Potomac News RHOP’s Candiace Dillard Dishes On Her Negative Encounter With Dorit Kemsley, Plus She Reveals 6-Figure Cost of Her Wedding & Which of Her Co-Stars Are Untrustworthy

RHOP’s Candiace Dillard Dishes On Her Negative Encounter With Dorit Kemsley, Plus She Reveals 6-Figure Cost of Her Wedding & Which of Her Co-Stars Are Untrustworthy

by Lindsay Cronin May 19, 2019 15 comments
ShareTweetWhatsappPinterestRedditTumblrMailFlipboard 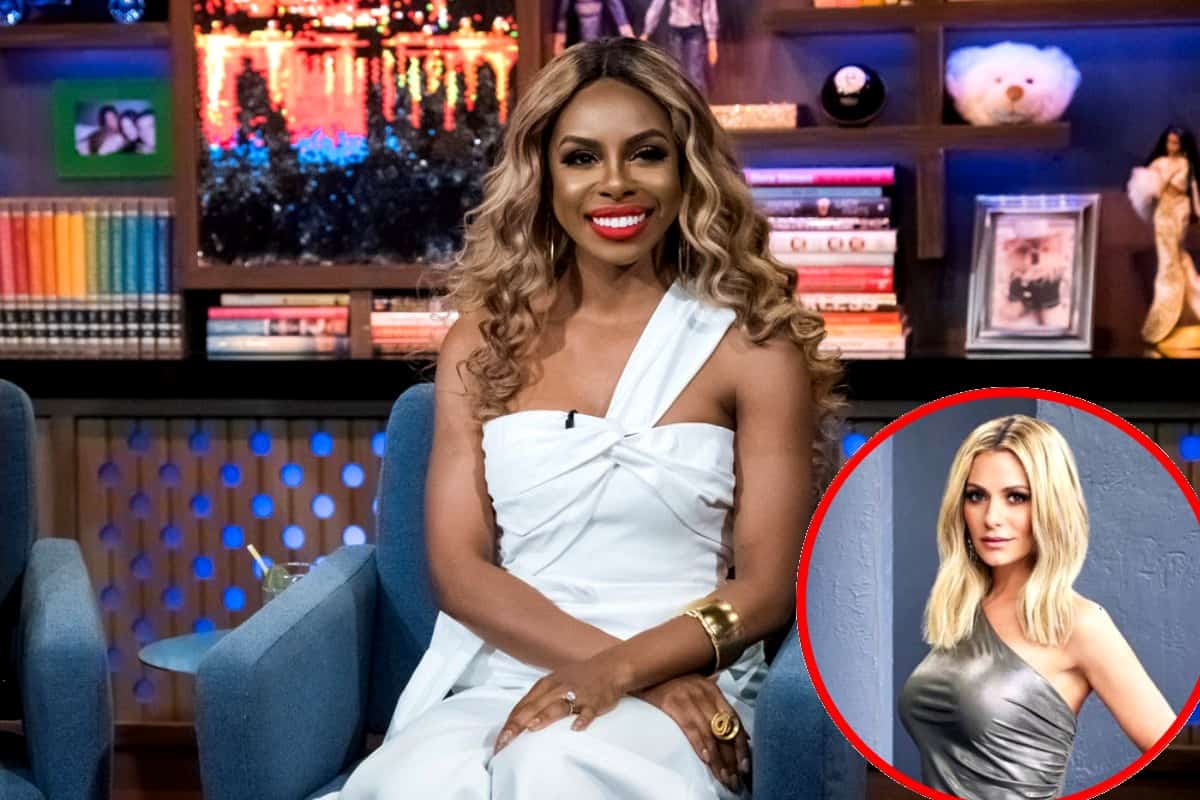 Candiace Dillard appeared on The Domenick Nati Show last week, where she shaded Dorit Kemsley, discussed her Real Housewives of Potomac co-stars Karen Huger and Ashley Darby, and revealed how much her wedding to husband Chris Bassett really cost.

Months after attending Andy Cohen‘s baby shower, Candiace recounted an awkward run-in she had with Dorit, of The Real Housewives of Beverly Hills.

“There was one [person in attendance] who I was just surprised by how, just stoic they were, not unfriendly but just a little stoic. Dorit from [The Real Housewives of Beverly Hills],” Candiace revealed. “She wasn’t mean. She was just very uninterested in, you know, interacting or talking with everyone that I kind of saw, myself included. Dorit just seemed like she didn’t want to be there. And when I introduced myself, she kind of looked at me like, ‘Who are you?'”

While Dorit seemingly exhibited some diva behavior at the party, she certainly isn’t the biggest diva of the franchise and according to Candiace, she and her co-stars in Potomac have a diva of their own.

“I would probably say that Karen Huger is the biggest diva on [The Real Housewives of Potomac]. Karen is a character. She is a piece of work and she will tell you where to go and how to get there in a way that only Karen can,” Candiace said. “She does not take any mess off of anybody and that is cast members, the crew, and when she doesn’t want to do something, she’s going to let you know.”

“Ashley and I had a time. There were some moments when I felt there was a lack of authenticity in her story and in her delivery of what was happening in her life,” Candiace explained.

“Ashley has purported herself across the board to be the person who calls everyone else out on their stuff. So, when it was her turn to be in the hot seat, I just assumed because she was so open with everybody else’s business that okay, ‘Now it’s your turn and you’re going to be open with your own business.’ And you’ll see how that works out throughout the season,” she added.

Candiace also labeled Ashley as the least trustworthy of the Real Housewives of Potomac cast.

“Do I believe anything you say based on the way you carry yourself? How honest have you been about what you’re dealing with? I found it very difficult to take what she was saying seriously and to believe what was coming out of her mouth a lot of the time.”

Throughout the fourth season, Candiace’s mother has been a hot topic on the show and at one point, Gizelle Bryant claimed Dorothy pays for everything and controls her co-star.

“She likes to be dramatic and she likes to insert her personal opinion on things in her very dramatically flared way,” Candiace said in response to her co-star’s comments.

“My mother does not pay for everything,” she added. “She’s been a great support in my life.”

As for her and Chris’ wedding, which was recently seen on the show, Candiace addressed rumors claiming her nuptials cost $200,000.

“Our original budget for the wedding was $100,000. That was what we went in knowing we wanted to spend,” Candiace explained. “In the south, traditionally speaking, it is the bride’s family that pays for the wedding and the groom’s family pays for the rehearsal dinner. We did follow, for the most part, that tradition. That said, myself and Chris did contribute significantly to the cost of the wedding, especially after the budget went up.”