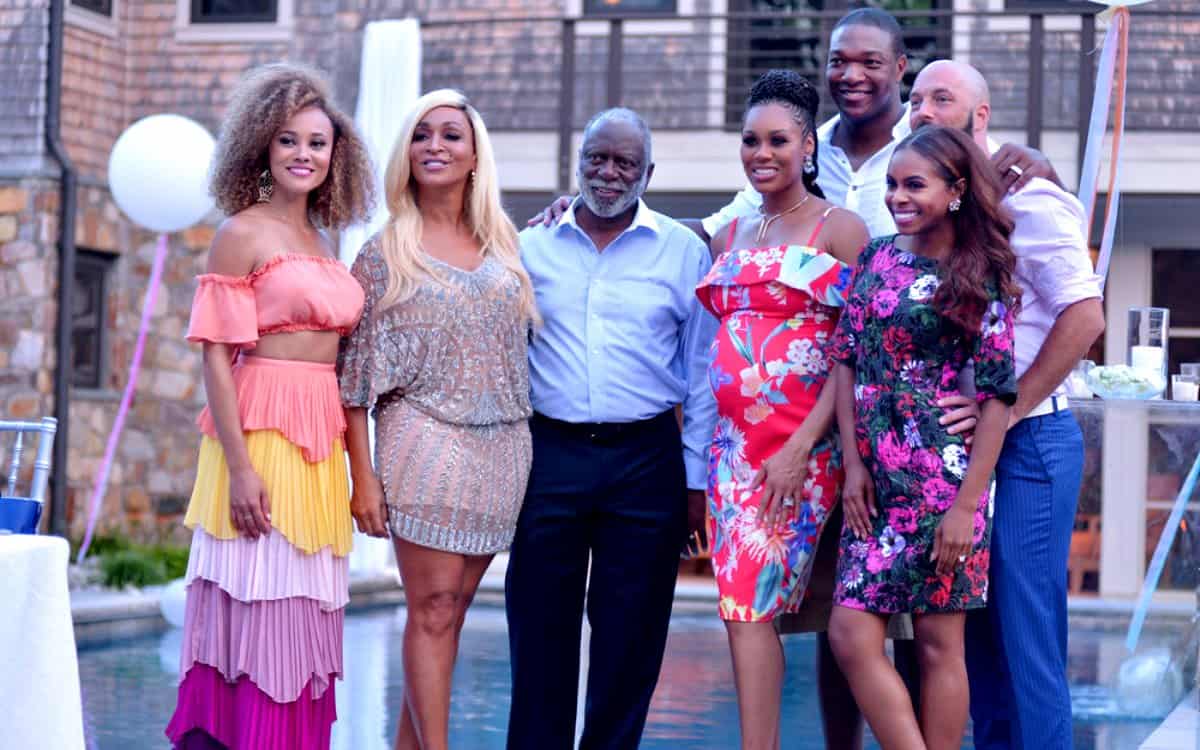 The 2018 sexual assault allegations against Ashley Darby‘s husband, Michael Darby, are front and center in the just-released trailer for The Real Housewives of Potomac season four.

While there will be plenty of fun moments between the cast, which consists of Gizelle Bryant, Karen Huger, Robyn Dixon, Monique Samuels, Candiace Dillard, and “friend” Katie Rost, there is also plenty of drama, including the claims against Michael, a knife fight between Ashley and Candiace, and a call to 911.

As fans may recall, Michael was accused of sexual assault by a Bravo cameraman in September of last year and one month later, the Montgomery County State Attorney’s office dropped all charges against him. However, despite the charges being dropped, Ashley’s co-stars took aim at Michael throughout season four.

“Karma is a b***h, honey,” Karen told Ashley. “Clankity clank. The bar of soap? You might want to help your husband.”

Following the sexual assault allegations, both Ashley and Michael spoke out against the cameraman’s claims and insisted nothing happened. Still, her co-stars weren’t convinced and at one point, Candiace accused Ashley of lying.

“You putting out bulls**t!” Candiace yelled while pointing a knife at Ashley.

“You better get that f**king knife out of my mother**king face,” Ashley fired back as she hopped out of her chair.

Ashley’s marriage to Michael also came under fire during season four after their co-stars learned they were trying for a baby.

“Their marriage is completely open, who knows what their situation is,” Monique said.

During another scene, Gizelle told Ashley, “You are unhappy because Michael really don’t love you.”

While their marriage was under fire during filming, Ashley and Michael appear to be as happy as they can be at the moment and in February, they confirmed they are expecting their first child.

In other news, Monique will be seen going through her pregnancy with son Chase, who she welcomed in November and Candiace will be seen preparing to wed and walking down the aisle with now-husband Chris Bassett.

Elsewhere, Robyn is wondering where she stands with her ex-husband, Juan Dixon, after admitting they’ve been “like bunny rabbits.”

“At this point it’s like, what do we want?” she asked.

The Real Housewives of Potomac season 4 premieres on Sunday, May 5 at 9 p.m. on Bravo TV.

TELL US – ARE YOU EXCITED ABOUT THE NEW SEASON OF RHOP?!