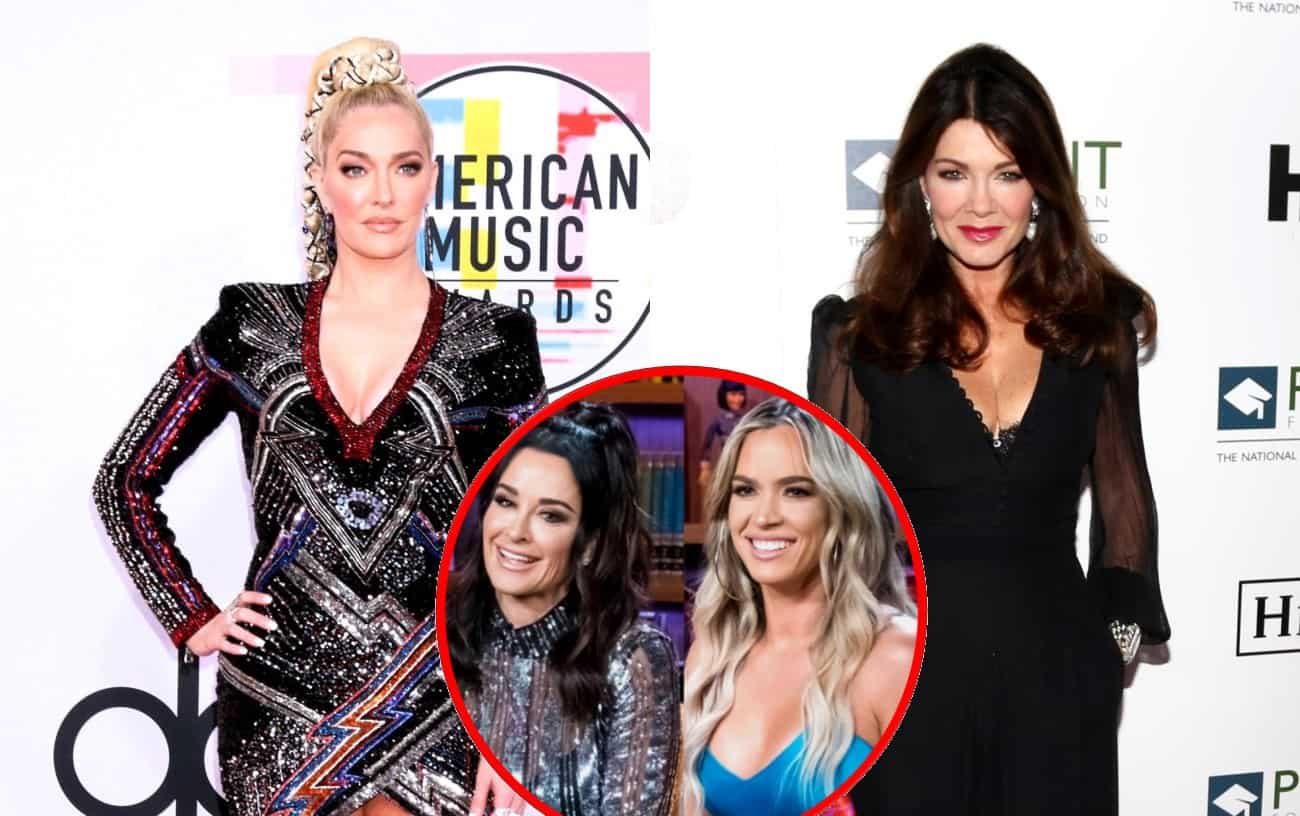 The Real Housewives of Beverly Hills star Erika Jayne is revealing if a future friendship with Lisa Vanderpump is possible after she made a transphobic joke on the show. She also addresses the dinner drama that took place during this week’s episode.

During a recent event for her Shoedazzle line, ERIKA JAYNE X SHOEDAZZLE, Erika shared that she was open to reconciling with Lisa following her “tucking” comment on the show, but hinted that an apology would be needed.

“Listen, every relationship has its challenges. Wrongs have to be made right,” Erika told the Hollywood Life.

During that RHOBH episode, Lisa joked about Erika. In a confessional interview, she told the audience, “Just don’t ask me if Erika’s tucking or something like that because there are some things I can’t lie about.”

Lisa faced backlash for her comment, as people saw it as transphobic. She immediately apologized. Erika also told the Hollywood Life that she wished Lisa would have shown up for the reunion special.

“I wished she came to the reunion. It feels like [it would have been the] right thing to do, in my opinion,” she noted.

Lisa revealed this month that she has no plans to return to the show after what she feels was mistreatment by her co-stars. In addition, fans noticed that Lisa’s scenes had been cut from the show as she continued to distance herself from her co-stars.

In other Erika news, she still appears confused as to why she should be upset about Lisa Rinna‘s impersonation of her alter ego. During the latest episode of the RHOBH, Kyle Richards and Teddi Mellencamp felt it was inappropriate for Lisa to make nasty remarks to Kim Richards while dressed as Erika for Halloween. The ladies confronted Rinna about it during a cast dinner. They seemingly got upset with Erika, who didn’t think it was a big deal.

During the Real Housewives of Beverly Hills After Show, the interviewer asked Erika about the situation. She responded by wondering why her care-free response to Kyle and Teddi, “wasn’t good enough.”

“It’s not my place to be offended,” Erika pointed out. “I didn’t understand it then, and I don’t understand it now. I thought [Rinna’s impersonation] was great… It was hilarious. We laughed our a**es off. ”

“I’m not responsible for anyone’s costume or how they act,” added Erika. “It was a little silly.”