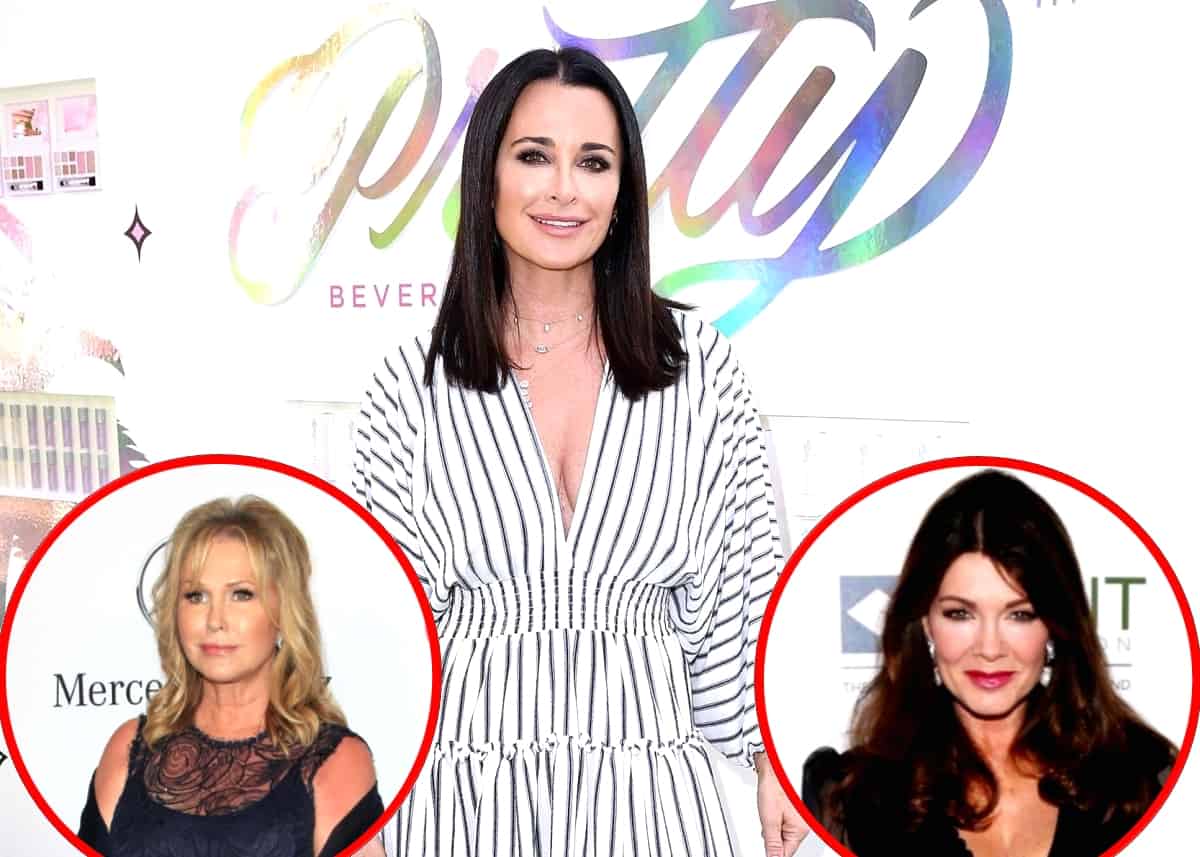 Kyle Richards has said she would be happy to see her older sister, Kathy Hilton, join the cast of The Real Housewives of Beverly Hills but is she being totally honest?

After appearing on Watch What Happens Live earlier this week, where she spoke about Kathy’s potential addition to the show and suggested Lisa Vanderpump was lying about not watching the series, a source claims Kyle worries that if Kathy were to join the show, family tensions could arise.

“It would be very hard for Kyle if her sister Kathy came on the show. Kyle has worked really hard to get to a good place with her sisters Kathy and Kim [Richards], and she knows if Kathy actually were to join RHOBH, it would probably tear their family apart again and hurt their relationship,” a source close to Kyle told Hollywood Life.

“Kyle knows viewers would love to see Kathy and believes she’d make a great housewife, but deep down, she’s hoping it doesn’t happen,” the insider continued. “She saw what the Giudice and the Gorga families we went through, and she just doesn’t want that for her family.”

During an appearance on Watch What Happens Live earlier this week, Kyle said she would “be happy” if Kathy was to join the show and told viewers she “would be an amazing” cast member.

As for Kyle’s comments about Lisa tweeting about the new episodes of the RHOBH, even though she claims she doesn’t watch, Lisa wasn’t too phased by Kyle suggesting she was lying.

“Lisa finds it sad that Kyle called her a liar, but she isn’t that bothered at all by Kyle calling her a liar on WWHL last night,” a source told Hollywood Life. “In Lisa’s eyes, Kyle has made it clear that she feels Lisa is a liar about everything so Lisa knows no matter what, Kyle is going to feel one way and Lisa will feel another, but Lisa feels she’s always truthful and adamant she isn’t a liar.”

While Lisa is hurt by the end of her friendship with Kyle, the source said she’s moving on from the drama.

“Lisa is rapidly moving on so many new and exciting projects it’s been a godsend she left the drama and bullying of the Housewives behind her,” the insider explained. “As much as the show gave her a platform to champion and showcase all the causes near and dear to her heart, one of the luxuries of no longer being a part of the franchise after nine mostly wonderful years, is not having to respond to the negativity of the remaining housewives. Maybe they can now focus on some worthwhile causes of their own to benefit humanity instead of bullying and bashing Lisa.”