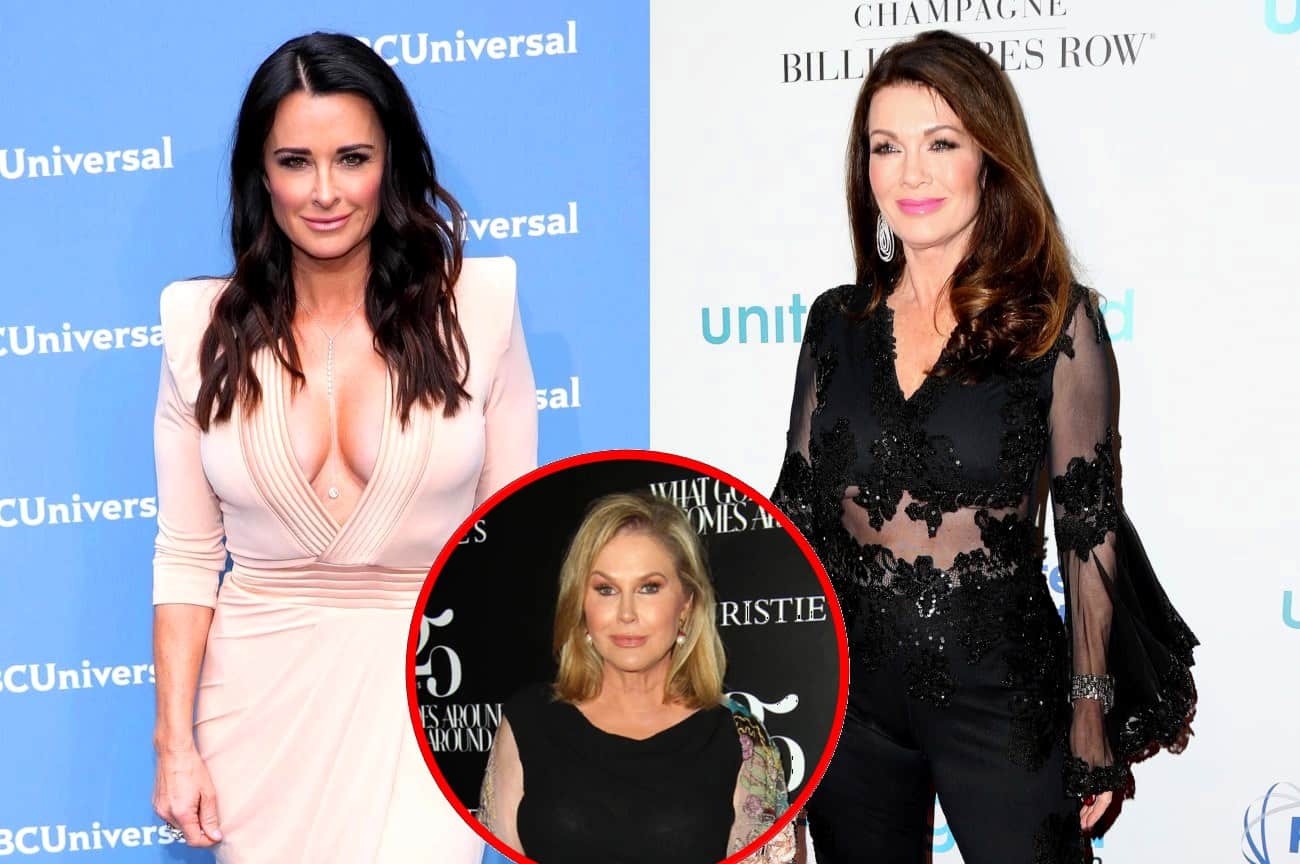 During last night’s episode of Watch What Happens Live, Kyle and Denise Richards shared their thoughts about Lisa’s claims and admitted that they weren’t convinced Lisa has truly ignored the new episodes of season nine.

“Well she tweets about all the episodes… She and [Charlie Sheen] are watching together,” Kyle suspected.

“Even though they pretend like they’re not,” Denise added.

When a caller phoned in to ask Kyle if she and Lisa Vanderpump would still be friends if she hadn’t involved herself in the Puppy Gate drama of the series, Kyle said she did believe her relationship with Lisa would still be intact. But she added that she doesn’t regret the comments she made on the show.

“We are supposed to be honest and have an opinion and I felt like I had to be honest in that moment. And even though Lisa and I have known each other the longest and are close, I’m friends with all of these women and have respect for all of them so I felt I had the duty to be honest,” Kyle explained.

“All I know is I was honest with her when I went to her house but other than that, I’ve never said anything rude about Lisa in the press, in my interviews,” she continued. “I have nothing but respect for her and I care about her but I was being honest about that moment.”

Later in the evening, during the Watch What Happens Live: After Show, Kyle revealed her thoughts on the possibility of her sister, Kathy Hilton, joining The Real Housewives of Beverly Hills cast. Andy recently denied the rumors on his radio show.

“I would be happy if my sister… I’ve had one sister on, why not have another sister on?” Kyle wondered. “My sister Kathy is actually, people don’t know this, she’s one of the funniest people there is. She’s a practical joker and she’s very, very funny. I think she’d be an amazing ‘housewife’ actually.”

Finally, Kyle also addressed the dramatic dinner scene from last night’s episode of the RHOBH, which took place during the cast’s trip to France. In the scene, Kyle and Teddi Mellencamp called out Lisa Rinna for her comments to Kim Richards. They also wondered why Erika Jayne wasn’t offended that Rinna used the word “c*nty” while dressed as Erika for Halloween. Erika ended up shutting down Kyle and Teddi. After a WWHL poll showed that over 80% of viewers sided with Rinna and Erika, Kyle addressed the drama.

“No, because we were really annoying,” said Kyle when asked if she was surprised about the poll numbers. “We were really annoying. Like I said, I think I was thinking about the whole Rinna with my sister Kim thing. And I did think that it was a little weird that she was being aggressive and Erika’s not like that. But I get it didn’t offend Erika. In watching that, I see what they mean 100%. I’m like shut up, Kyle.”