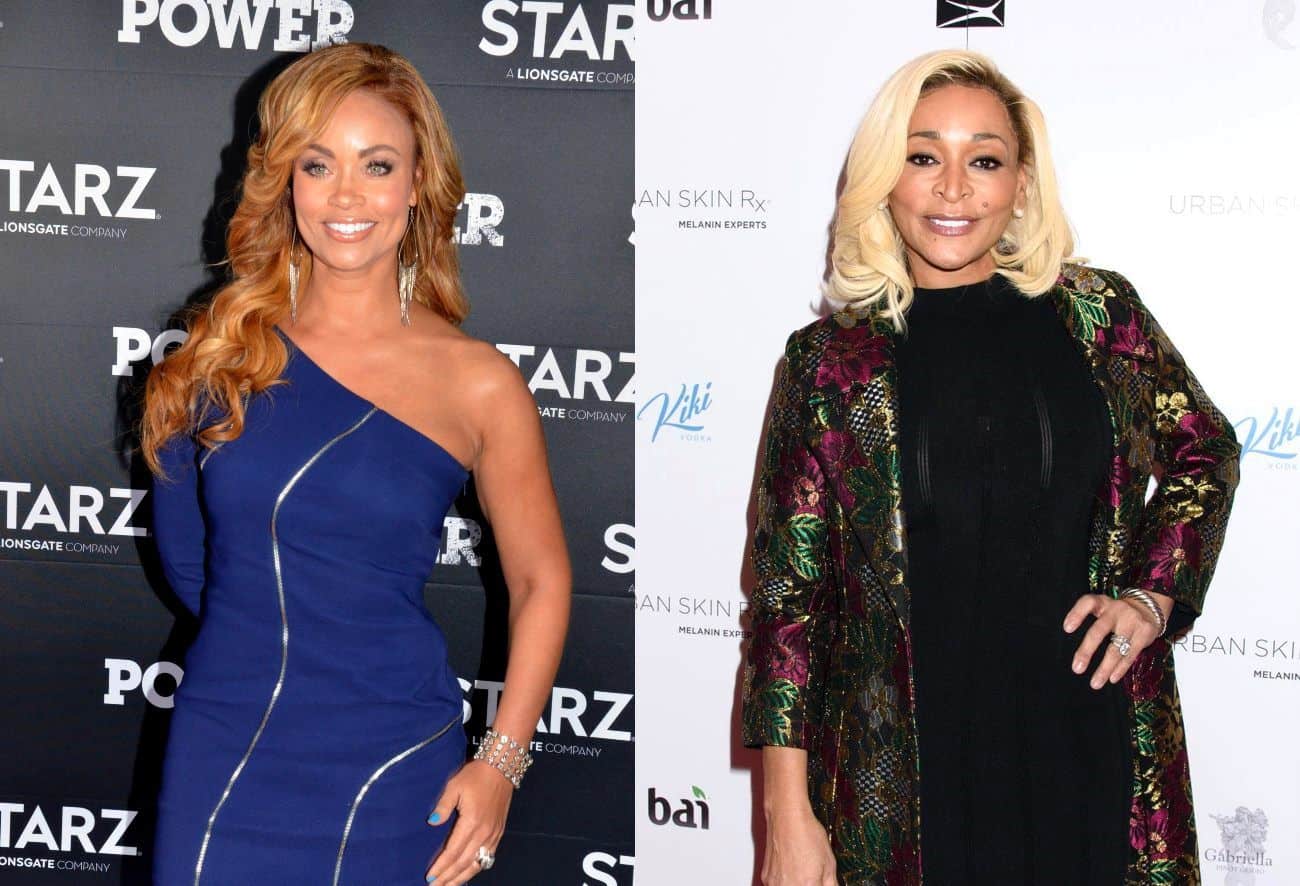 Gizelle Bryant and Karen Huger feuded during a cast trip to New Orleans and in their latest blogs, the ladies spoke about their ongoing drama.

After Karen took aim at Gizelle’s love life in front of her new man, Steve, and later mentioned the end of her past relationship with Sherman, Gizelle accused Karen of having double standards for the way in which she behaves as Karen slammed her for being passive aggressive and “ungodly.”

“I was so irritated with Karen because she can set boundaries, pick and choose what she wants to discuss, but it’s a crime if anyone else does,” Gizelle wrote.

As fans will recall, the women agreed that Gizelle’s love life would be off-limits for Karen due to the fact that Karen is a friend of one of Sherman’s exes. So, when Karen wanted to discuss the matter in a group setting, she was understandably upset.

“It was the wrong time for her to pluck my nerves, I had been waiting ALL DAY to go to Cafe Du Monde. Karen’s braids disrespected her not me,” Gizelle added.

Meanwhile, in Karen’s blog, she told readers that her trip to New Orleans was telling as to where her friendship with Gizelle stood.

“This woman showed herself to be a FRENEMY,” Karen said, slamming Gizelle for her “passive-aggressive” behavior and jokes about the way in which she grieved.

“How dare this woman question how or when I choose to acknowledge the loss of my parents. Is there no level of LOW this woman will take herself to?” Karen asked. “A FRIEND would have been supportive, happy I was comfortable in my room. Remember, I just buried my dad two months prior…a FRIEND would have done many thoughtful things…a FRIEND would NOT have made fun and taunt someone who was grieving.”

“Maybe when she reflects she will see what kind of UNGODLY person she has become! I will continue to pray for her,” she added.

In the just-released midseason trailer for The Real Housewives of Potomac, Gizelle and Karen’s feud continues to be a hot topic. In fact, at one point during the sneak peek, the ladies appear to be on the cusps of a physical altercation.

“Gizelle being messy is a train that always arrives on time,” Karen says at one point in the clip.

“Old Gizelle? She back. So, guess what, f**k Karen too,” Gizelle proclaims in another scene.