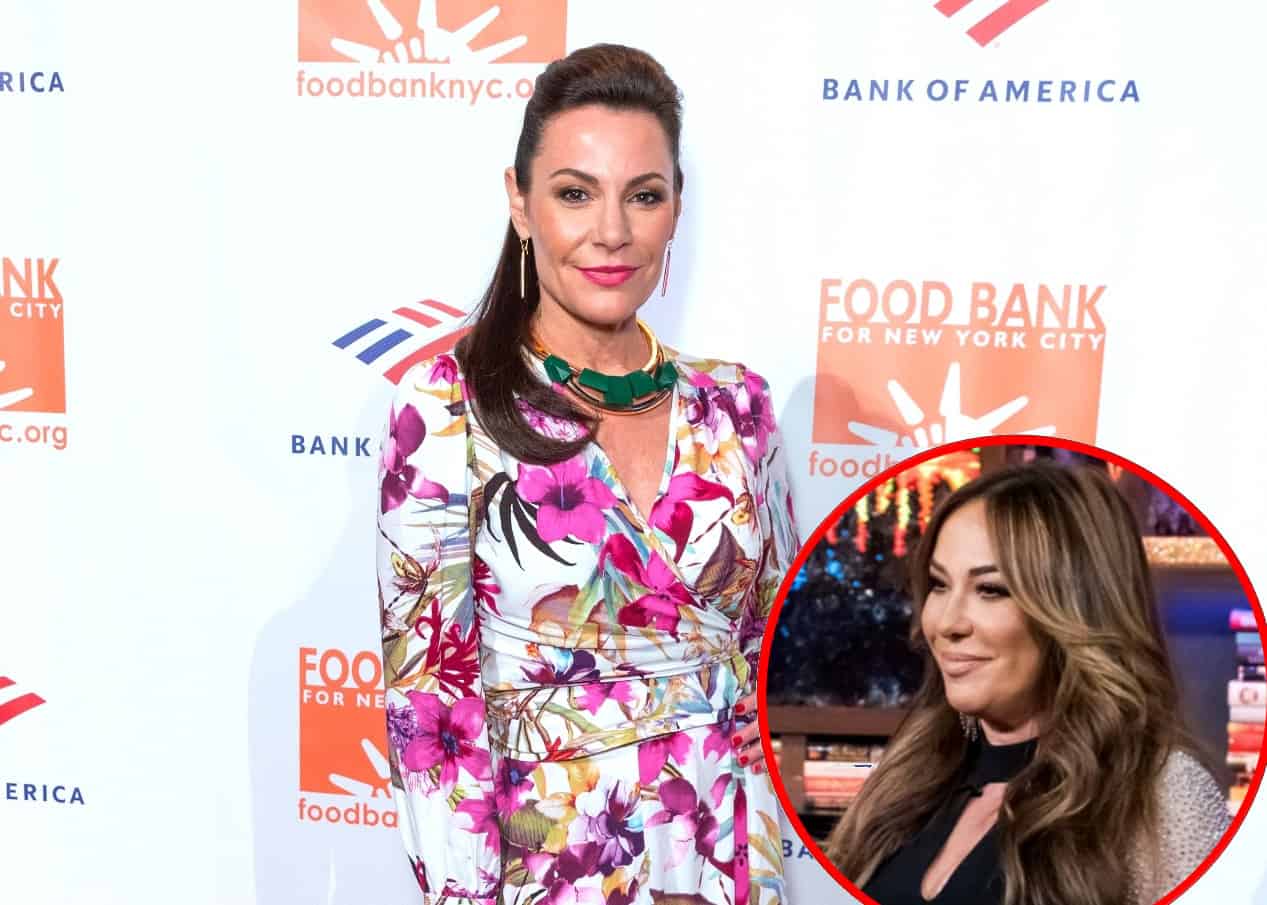 LuAnn de Lesseps reacted to Barbara Kavovit‘s ill comments about her singing during an episode of Watch What Happens Live last week.

Weeks after the series’ newest cast member was seen admitting that LuAnn is “no Adele,” the Real Housewives of New York City star, who recently addressed a potential return to the show for season 12 on Twitter, responded to a caller who wanted to know how she felt about her friend’s diss.

“I was really stunned and, you know, once again she got caught on the mic, and believe me, she threw me a whole new clambake for that,” LuAnn said. “She’s still trying to make up… Lobsters everywhere! She’s made some comments on social media also that she didn’t mean it because Barbara’s actually been to eight of my shows and she loves my show.”

And despite Barbara’s claim that her comment was taken out of context, LuAnn wasn’t exactly buying it.

During the season 11 finale episode of The Real Housewives of New York City in June, Barbara told a friend that she didn’t feel LuAnn could carry her entire cabaret show herself, and she even said, “she can’t really sing.”

“I don’t claim to be Adele,” LuAnn said in response to the mean statements. “But I am an entertainer, I love to sing for my friends, I love to host, and I love to tell jokes. That’s what my cabaret show is. It’s all about entertaining and hosting my guests, and it’s a lot of fun and sexy and entertaining.”

In other news, LuAnn recently took to Twitter, where she reacted to a fan’s question about her future on RHONY by confirming she has not been fired.

“Please dont tell me your leaving,” the fan wrote.