Home Real Housewives of New York City News REPORT: Bethenny Frankel Not Married to Paul Bernon Despite Recent Tweet, Plus Her RHONY Castmates React to Her Sudden Exit From Show

REPORT: Bethenny Frankel Not Married to Paul Bernon Despite Recent Tweet, Plus Her RHONY Castmates React to Her Sudden Exit From Show 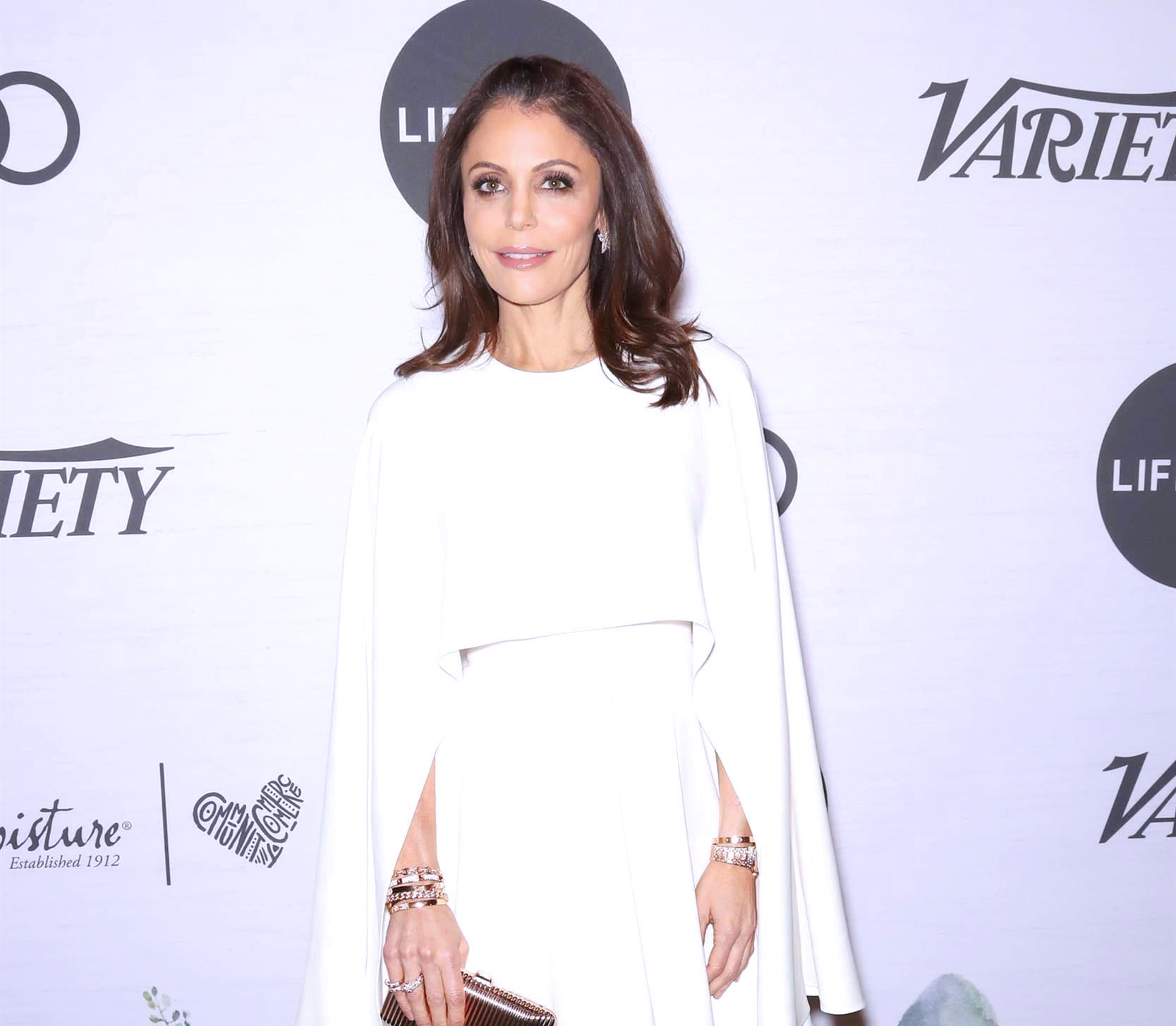 It appears the Real Housewives of New York City star Bethenny Frankel is indeed married, just not to her beau Paul Bernon. Learn the real story behind Bethenny’s cryptic tweet as and see what her castmates are saying about her surprise departure from the reality show.

Earlier this morning, the Bravo star took to Twitter to send a goodbye shout-out to her castmates and seemingly dropped a hint that she was married.

“To my NY hwives: GO GET EM! I had to go since I’m the only one that is actually married…that’s how crazy this ride is. You are all amazing, beautiful and strong. Spread your wings and fly! Xoxo @ramonasinger @CountessLuann @TinsleyMortimer @SonjatMorgan @dorindamedley”

To my NY hwives: GO GET EM! I had to go since I’m the only one that is actually married…that’s how crazy this ride is. You are all amazing, beautiful and strong. Spread your wings and fly! Xoxo @ramonasinger @CountessLuann @TinsleyMortimer @SonjatMorgan @dorindamedley

But before anyone had a chance to buy Bethenny and her rumored fiancé Paul Bernon an engagement gift, it turns out, the reality star is in fact, not newly married. According to TooFab, sources close to the reality star confirmed that Bethenny and Paul are not married and the Bravo star was referring to her ex-husband Jason Hoppy, who she is apparently still legally married to.

While Bethenny and Jason split years ago, they’ve continued to fight over custody of their shared daughter, Bryn Hoppy through this year.

Married or not, this week proves to be a big one for Bethenny as Bravo fans learned that the New York housewife would no longer grace their screens during season 12 of the hit reality show after the Skinny Girl founder released a statement on August 21st announcing her exit.

Although much of the RHONY cast found out about the reality star’s departure from the show at the same time we did, many of them showed their support for Bethenny on social media.

New York housewife Luann de Lesseps posted a picture of herself alongside Bethenny and actress Jennifer Lawrence with the caption, “It’s been a great run with so many great memories. Wishing @bethennyfrankel nothing but the best????”

Costar Sonja Morgan also took the time to write a heartfelt post on Instagram in honor of her friend’s exit. “Never can say goodbye. This is just a page in time.” the fashion designer wrote. “I’m happy that all the best is yet to come for my friend B. Best Mom to Bryn, Biggy, Smallz & entrepreneur as she continues to empower others. ????#BeStrong”

Ramona Singer, who has expressed to the press that she was a bit disappointed to learn about Bethenny’s exit at the same time everyone else did, still took the time to compliment her former costar in the comment section of her own Instagram post.

The Ageless by Ramona founder’s initial post read, “First night out on the town in New York City in a very long time….can you guess what I’m doing tonight ????”

When a follower blatantly wrote, “Will u miss filming with [Bethenny]?” in the comment section, the reality star replied, “@carlosdelagarza1983she she is an icon so yes I will miss @bethennyfrankel” 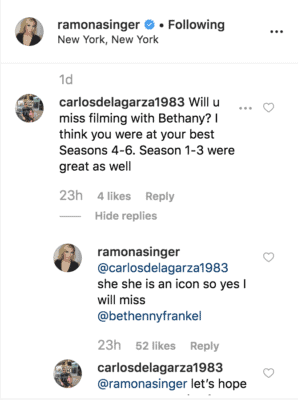 According to Us Weekly, more of the RHONY cast and other Bravo stars took the time to comment on Bethenny’s touching goodbye letter that she wrote on her Instagram page.

“Happy for you sad for the group x,” wrote reality costar Dorinda Medley. The youngest RHONY castmember, Tinsley Mortimer simply left three kissy-face emojis in the comments while “friend” of the cast Barbara Kavovit wrote, “You excel at everything — excited to see your next move!”

While most of the Bravo-verse seems supportive of Bethenny’s exit from the show, many reports reveal that Bravo, along with other big-wigs in the entertainment world, was somewhat blindsided by the news and quite frankly, didn’t appreciate it.