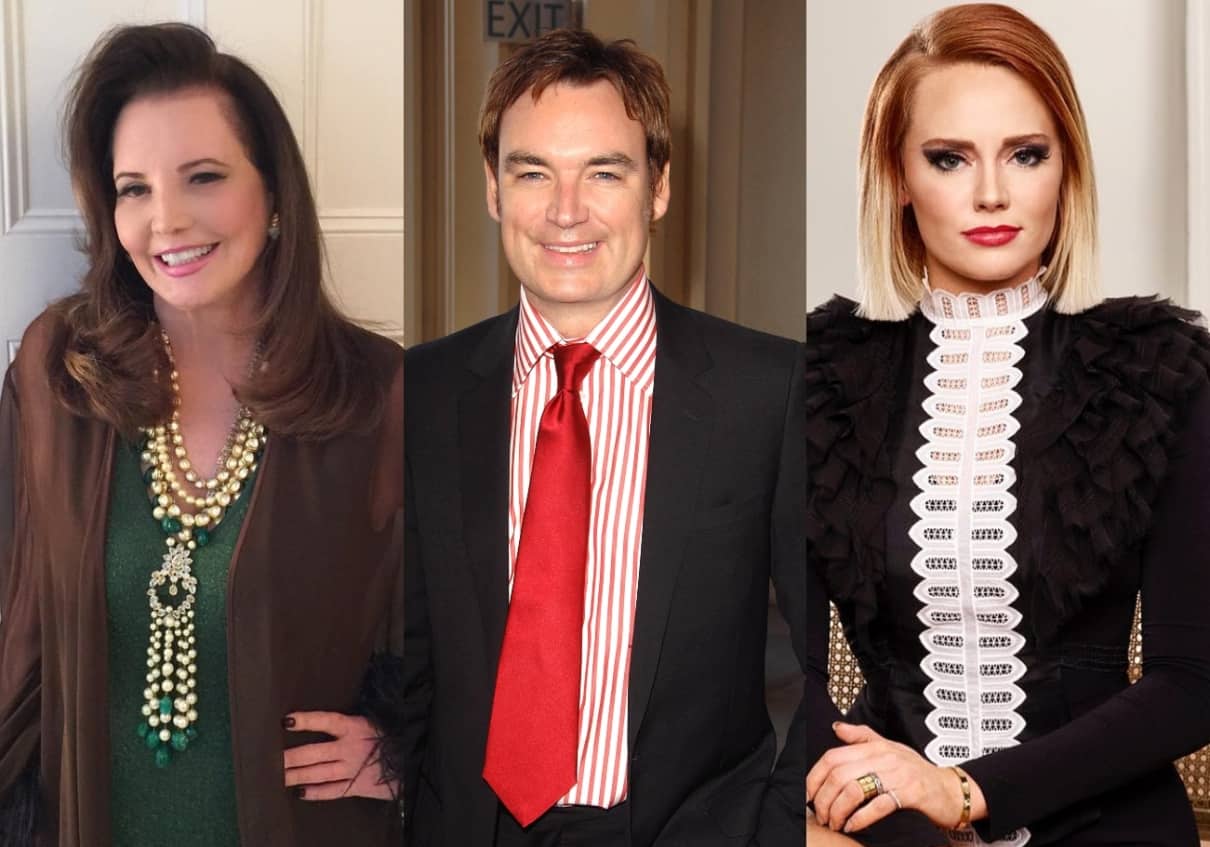 When it comes to the drama on Southern Charm, it’s all about reading in between the lines, and no one on the show knows that better than Patricia. And after Whitney continued to deny on the show’s current season that he hooked up with Kathryn, Patricia decided to set the record straight.

In response to a tweet released by Reality TV Bliss saying that Kathryn was wrong to bring up her hook-up with Whitney on camera since he’d likely get called into court by Thomas Ravenel, Patricia decided to add in her two cents. She echoed Kathryn’s recent statements at the reunion.

“Whitney kept thinking the subject was closed but he should have spelled it out more to Kathryn,” tweeted the Bravo star and author. “I was being sued by Thomas as was Haymaker and Bravo. Being a producer of the show, he wanted to avoid hours of depositions and lawyers since he was filming another project in London”

Whitney kept thinking the subject was closed but he should have spelled it out more to Kathryn. I was being sued by Thomas as was Haymaker and Bravo. Being a producer of the show, he wanted to avoid hours of depositions and lawyers since he was filming another project in London https://t.co/tsKAb2WLAZ

Indeed, Patricia was recently dragged into Thomas and Kathryn’s custody case after Thomas filed a subpoena against her, requesting that she testify about Kathryn and the show.

Just as she is on Twitter, Patricia isn’t afraid to tell it like it is on Bravo’s After Show, especially if it’s about her controversial cast member, Ashley. As viewers watched in the season six finale episode, Ashley got kicked out of Patricia’s party just minutes after walking through the door. The unwelcome reality star then began saying nasty things to Patricia before being escorted out by a security guard.

“I thought, ‘Oh my god, what is [Ashley] doing here? She wasn’t invited, the nerve!'” Patricia explained during the After Show regarding the blatant party crashing. “Mr. Kale walked past me and he said, ‘Is this the one?’ I said, ‘Yea,’ and he escorted her out.”

After hearing that Ashley insinuated that Patricia was manipulating her to say things and act a certain way, the 78-year-old reality star was dumbfounded. “I’ve made [Ashley] create all those insults?” Patricia said in the interview. “She’s insane. She’s a moron and she’s insane.”

Patricia went on to explain that after seeing the way Ashley spoke to Kathryn about her kids at Daufuskie Island in season five, she didn’t want anything to do with her.

In this season, though, it was apparent that the relationship between Ashley and Patricia changed drastically. And for that reason, Patricia says she chose to hire a security guard at her party just in case.

“People kept telling me [Ashley] was coming after me, she was gunning for me and I don’t take those things lightly,” dished Patricia. “Because I think, quite frankly, Ahsley is, um, and unstable person and she seemed to be coming unhinged.”

Find out what Ashley has to say about Patricia and the rest of the cast in next week’s part two of the Southern Charm Reunion, Wednesday, August 28th at 8 P.M. on Bravo TV.