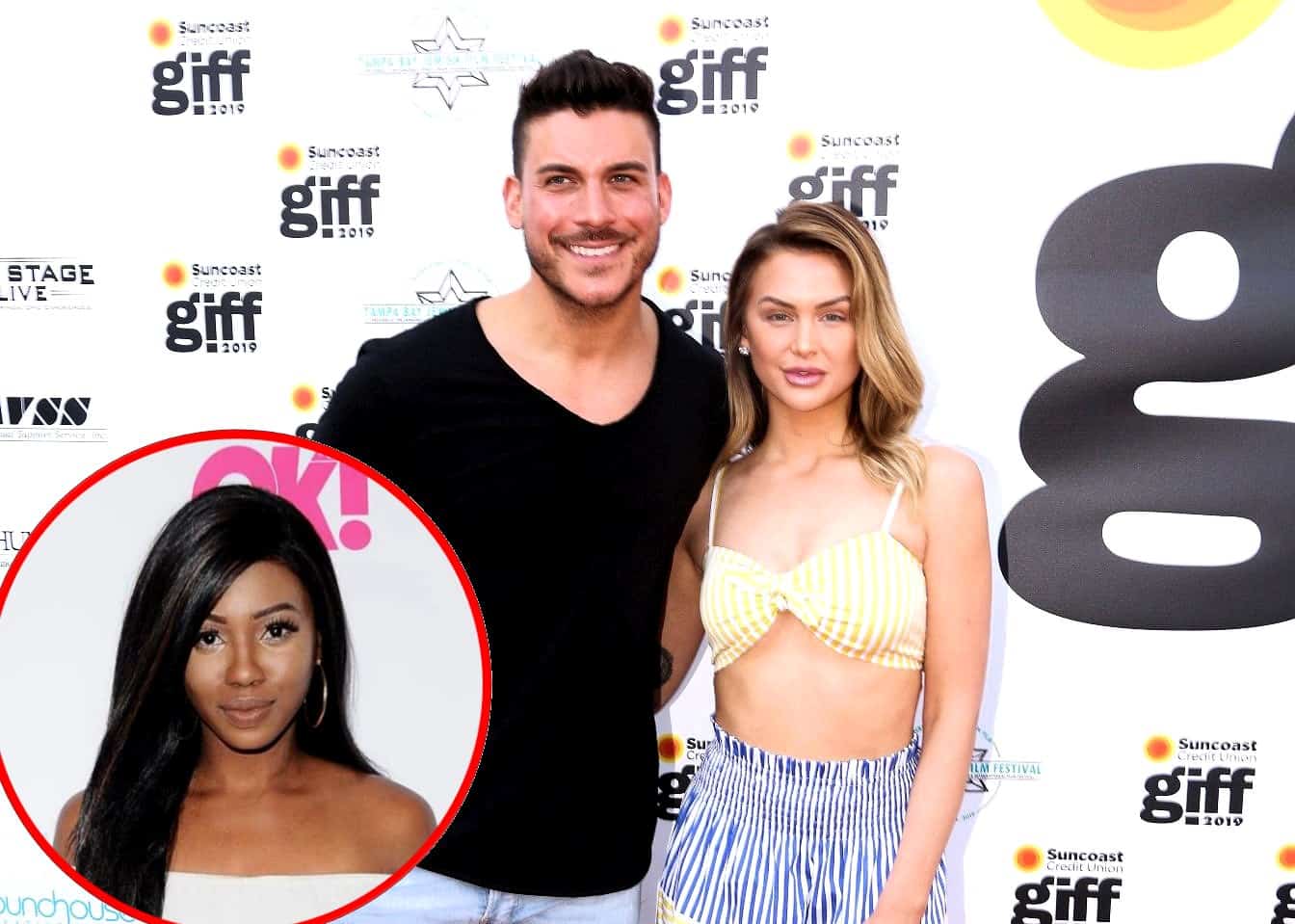 Vanderpump Rules star Jax Taylor is reacting to the pregnancy of his former co-star Faith Stowers as Lala Kent is throwing shade.

During a recent appearance at Carl’s Jr.’s Ultimate Avocado Brunch, the Bravo star admitted that he had “no idea” that his ex-co-star, who he hooked up with during season 6 of Vanderpump Rules, is expecting before making it crystal clear that he is not the father of her first child.

“Well, good for her I guess. I don’t know. Who’s the dad? I mean, it’s definitely not me!” Jax told Us Weekly on Thursday, September 12.

According to Jax, he hasn’t seen Faith in two or three years, which will certainly come as good news to wife Brittany Cartwright, who he cheated on with Faith years ago.

As Pump Rules fans may have seen, Faith announced her pregnancy on Instagram earlier this month with a photo of her sonogram and her boyfriend.

“I’m excited to start this new Chapter in my life with my heart and best friend!” she wrote in the photo’s caption. “At the end of the day this is all I live for. God bless all of you!”

Jax and Brittany split briefly after his 2017 affair with Faith but ultimately reconciled and became engaged in June of the following year.

Also during his interview with Us Weekly, Jax offered an update on his married life with wife Brittany, who he wed this past June in Kentucky.

“A lot of the times we stay home and watch movies, or we’ll go see a movie,” he said. “I’m a huge, huge Carl’s Jr. fan, and I’m a big, big burger fan, and Brittany is a big avocado fan, so we come here. She comes here for the avocado toast, I come here for the burger, and now they have the avocado burger, so it’s a win-win for both of us.”

Meanwhile, Lala also reacted to Faith’s pregnancy by throwing some major shade during her appearance on Watch What Happens Live this week.

When asked what she thought of Faith’s good news, as the two ladies were once close pals while Faith used to work at the SUR restaurant, Lala simply responded by asking: “Who’s Faith?”

As for Lala and Faith’s falling out, Faith has previously claimed that Lala stopped being friends with her because she was upset Faith didn’t include her in the story-line of revealing her hook up with Jax.