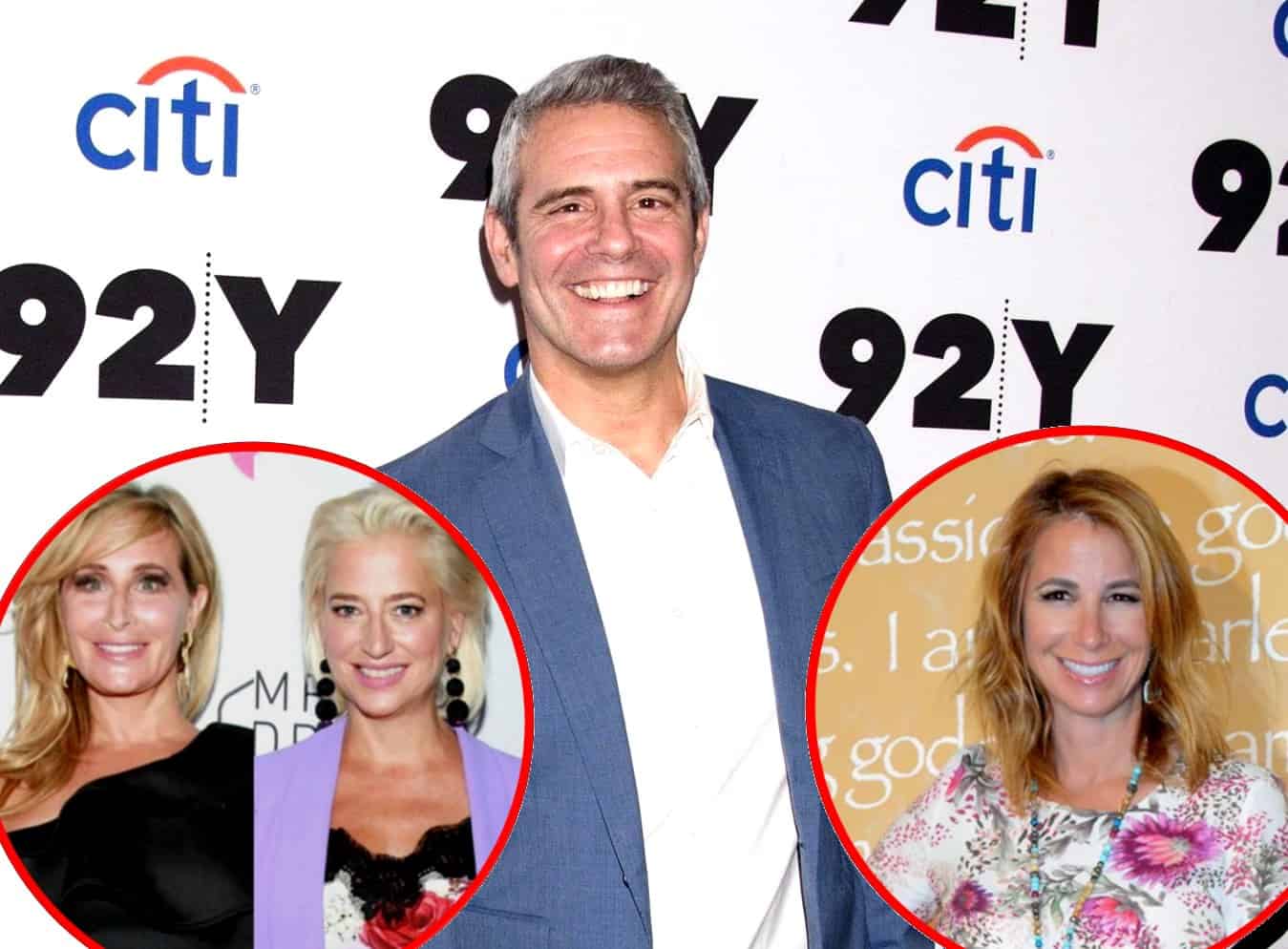 Andy Cohen is speaking out about the latest Real Housewives of New York City gossip.

While attending Sirius XM’s “Radio Andy Theater” event in West Hollywood on September 14, the Watch What Happens Live host addressed the offensive comments Sonja Morgan and Dorinda Medley made during New York City Fashion Week and weighed in on the possibility of Jill Zarin returning to the show after Bethenny Frankel‘s exit.

While chatting with Extra‘s Jennifer Lahmers at the event, Andy was asked about Sonja and Dorinda’s social media comments about the bodies of drag queen Miz Cracker and transgender model Yasmine Petty.

“Who is that? Oh, that’s a guy, right?” Sonja asked about Miz Cracker during the runway show.

“With a body like that, it’s a guy, you’re absolutely right,” Dorinda added of Yasmine.

“I know they felt terribly and apologized and took it as a learning experience on several levels,” Andy explained, noting the apology statement Sonja and Dorinda released after the social media videos were shared.

The 12th season of RHONY is currently in production and although fans won’t be seeing any of Bethenny on the new episodes, Andy said the door is always open when it comes to a future return.

“The door that we have on the ‘Real Housewives’ is a revolving door, so she’s out now, [but] I am hoping she comes back in at some point,” said Andy about Bethenny. “The drama keeps happening and life will go on.”

Andy also seemingly confirming the return of Jill on the upcoming season.

“I think you will definitely be seeing Jill popping up,” he added of the former housewife.

As for the rumors regarding Wendy Williams‘ potential addition to the show, Andy said it would be “amazing” if she joined the RHONY cast.

Andy went on to reveal that he has been in touch with the very busy and newly sober Luann de Lesseps, who is currently tending to her cabaret tour.

“We texted the day [Luann’s] probation ended,” he said, “and I’m very proud of her; she has been through a tough time. You know, staying sober is rough.”