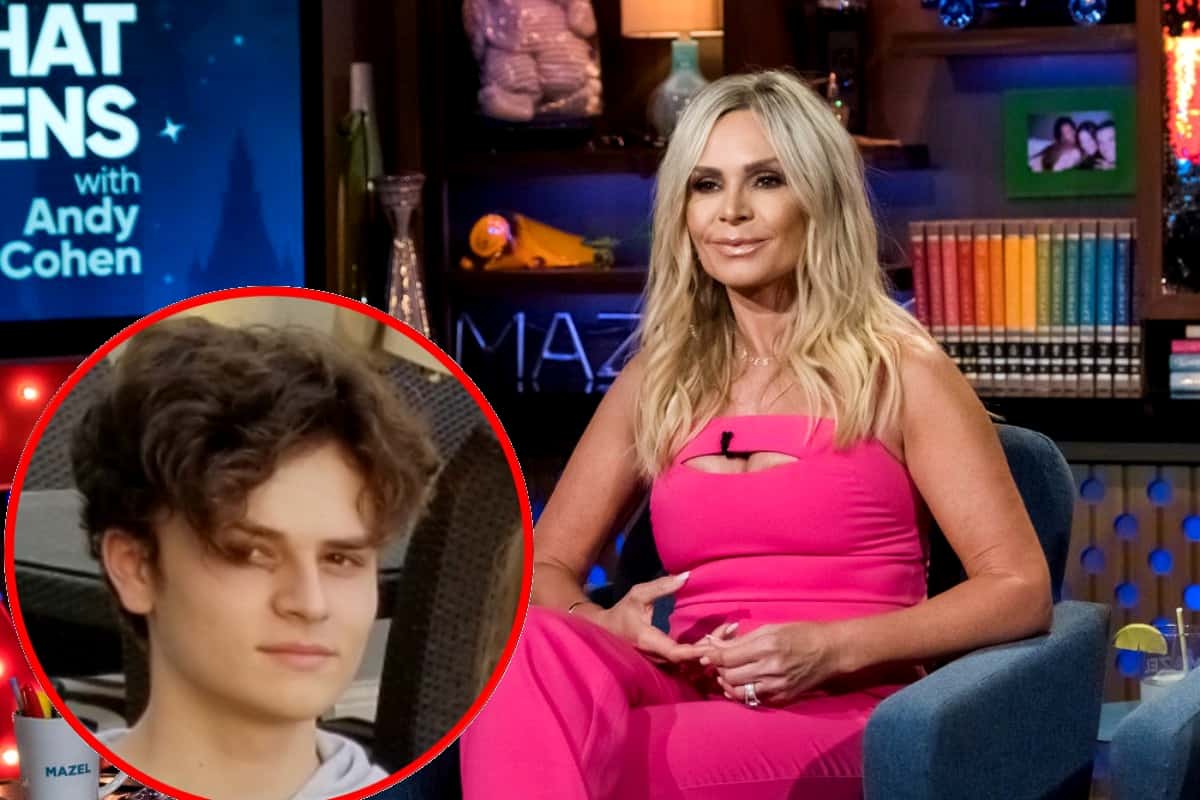 On Saturday, September 28, Tamra shared a photo of Spencer’s new tattoos and said that while her son has been known to butt heads with his older half-brother, Ryan Vieth, they now have a common interest.

“Well it looks like Spencer and Ryan DO have something in common now,” Tamra wrote with the caption of her photo.

While the images initially caused some confusion amongst Tamra’s online audience, some of whom suspected one of the pieces was a spaceship and the other a pill bottle, she eventually confirmed that the images were of a crow skull and a quiver.

In the comments section of her post, Tamra faced criticism from one woman who said she would be devastated if her own son was to get a tattoo.

“Ugh. I would be devastated if my Spencer inked his body,” the person wrote, along with an angry-faced emoji.

“It doesn’t thrill me, because I feel like he will regret,” Tamra admitted, “but I want my children to be able to express themselves. He’s a good kid, going to college, good grades, doesn’t drink or get into trouble.” 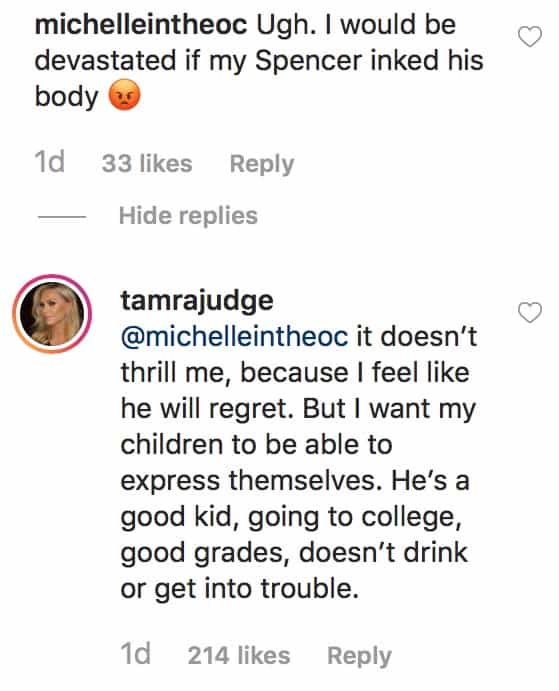 Although Spencer was previously kept off RHOC due to Tamra’s messy split from ex-husband Simon Barney, who didn’t want their kids featured on the series, he was able to join the series in 2018 after he turned 18.

As for the other two children Tamra shares with Simon, her oldest daughter, Sidney Barney, has been estranged from her for years, and her youngest daughter, Sophia Barney, is being kept off the show by her father.