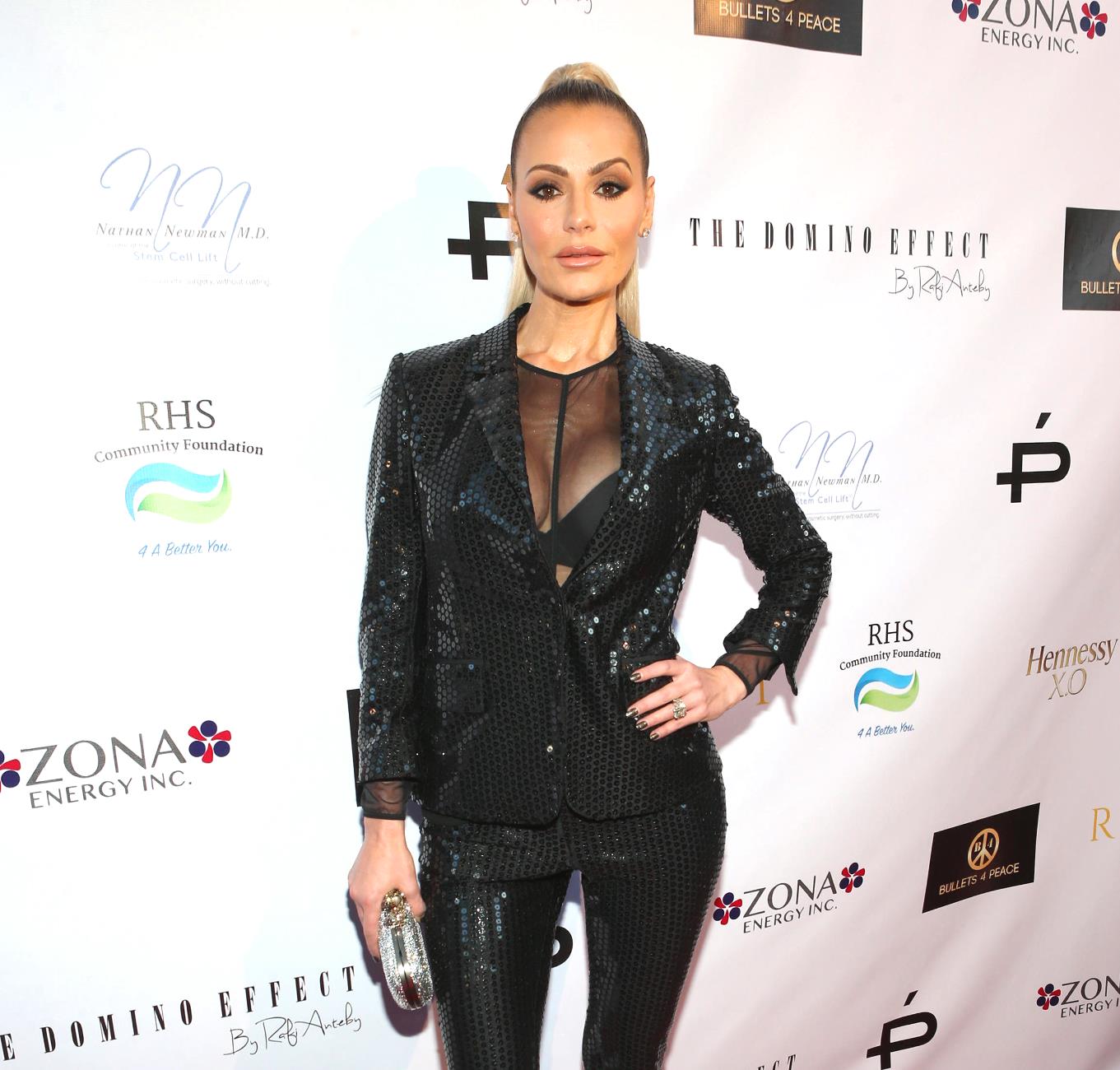 Dorit Kemsley has been faced with plenty of legal drama in recent years, but according to The Real Housewives of Beverly Hills star, she hasn’t let any of the ordeals get the best of her.

During a new interview, Dorit revealed how she’s kept her head held high through it all and credited her husband, Paul “PK” Kemsley, and their “super tight” marriage for keeping her strong and focused on the many positive aspects of their lives.

“PK and I are super tight. We’re super strong and most of it, it’s just really blown out of proportion,” Dorit told Us Weekly on Sunday, October 20. “Beverly Beach is growing. It’s turning into a lifestyle brand. I’m working on a lot of new products to launch soon. I’m getting involved in a lot of new projects. Some things I can’t really talk about, but they’re all very good and I’m very excited.”

As RHOBH fans may know, Dorit and PK were dealt with a number of lawsuits in recent years, including a lawsuit from a man named Nicos Kirzis, who claimed to have loaned PK $1.2 million in 2011. They also faced a lawsuit from Ryan Horne, who accused Dorit of failing to repay him the money he loaned her for Beverly Beach. Then, earlier this month, the couple was able to settle both of these lawsuits for an undisclosed amount.

Dorit and PK were also accused of failing to pay nearly $1 million in taxes.

“You learn to be numb to it and you just carry on with life. And our life is a pretty fabulous bubble, you know, with our two beautiful kids and I’ve got a great husband and it’s easy to stay strong,” Dorit explained.

As for her haters, Dorit said she doesn’t take online criticism to heart.

“They don’t know me. And some people just want to be vicious,” she noted. “You understand that comes with the territory and I ignore it. It just doesn’t have any effect on me.”

As she and her RHOBH co-stars continue to film the upcoming 10th season of the show, Dorit has been turning heads with her many stylish posts on Instagram, the latest of which featured the mother-of-two rocking a super long ponytail, a tracksuit, and heels.

“Girls just wanna have fun,” Dorit wrote in the caption of her video post.

The Real Housewives of Beverly Hills season 10 will premiere on Bravo TV sometime next year.