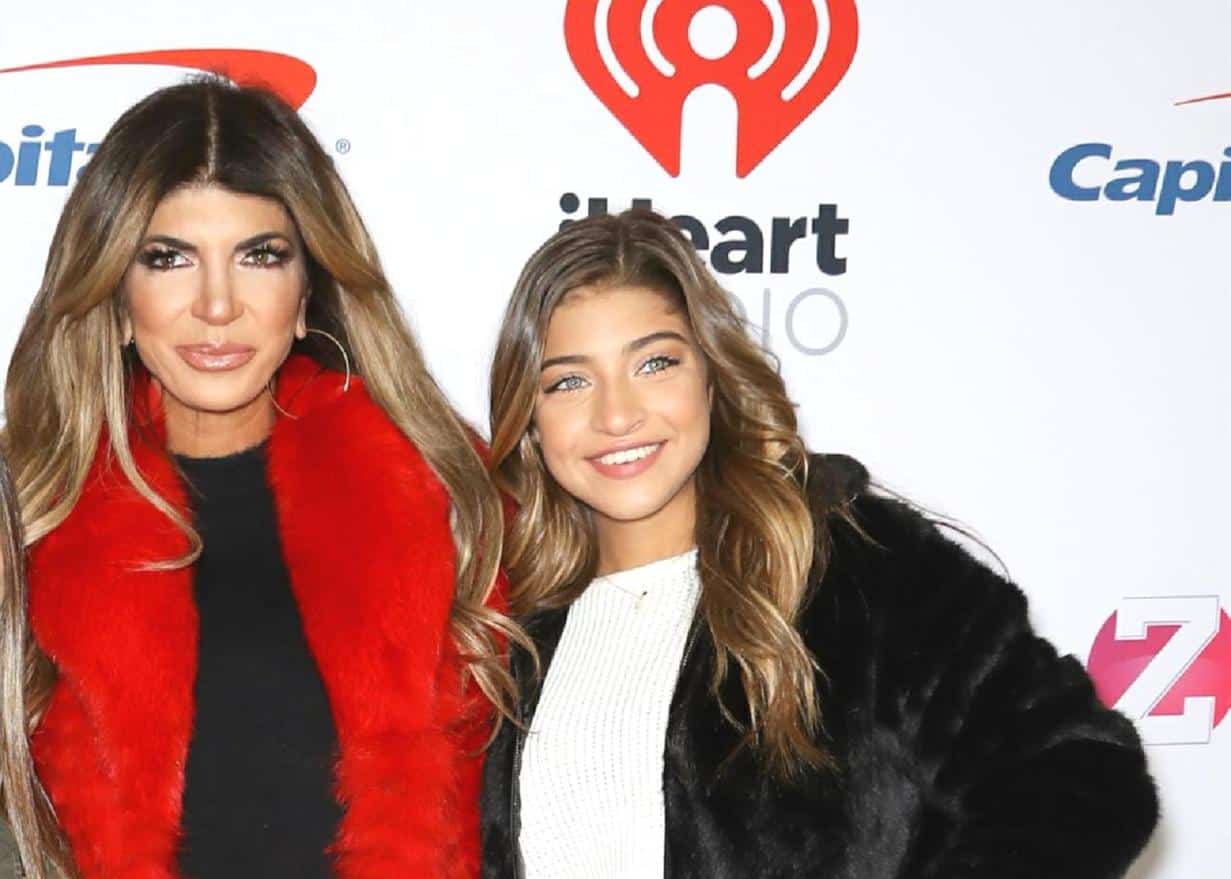 Growing up is hard for most teens, but in Gia’s case, things are incredibly complicated. With her father still being detained in ICE custody before his likely deportation and her reality star mother’s struggle to handle family matters all on her own, the 18-year-old has a lot on her plate. But according to a source close to the Giudice family, Gia is handling things with her chin up.

“Gia has been a rock for her family during these tough times,” the insider told PEOPLE, adding that her younger sisters Gabriella Giudice, 15, Milania Giudice, 14, and Audriana Giudice, 10, all “really look up to her.”

“With the whole Joe situation, [Gia] stays strong for them, while still fighting for her dad,” the source revealed. “Even now that she’s away for college [at Rutgers University], the girls are all still very close. She’s set a great example for them. She’s the real star.”

While it appears that Gia is doing well these days, fans got a first look at how the college freshman has dealt with her parents’ rocky relationship in the explosive season 10 trailer. In one clip, the mother and daughter appear at odds with each other after Gia snaps at Teresa for talking badly about her dad in front of her.

“They have been butting heads, as all mothers and daughters often do,” the source divulged. “Gia tries to stay out of whatever disagreements her parents are having.”

As fans already know, Teresa has been rumored to be in a secret relationship with a much younger man while Joe has been serving time for bank and mail fraud. And, as one could imagine, this has taken a toll on Gia.

“[Gia’s] used to seeing rumors spread about her mom, and it’s never easy for her, but she does her best to ignore them for the sake of her family,” the insider continued to explain. “She doesn’t care what her mom does; she just wants her father home in the long run and will always have a close relationship with him.”

Season 10 of Real Housewives of New Jersey is set to premiere on Wednesday, November 6 at 9 P.M. on Bravo TV.