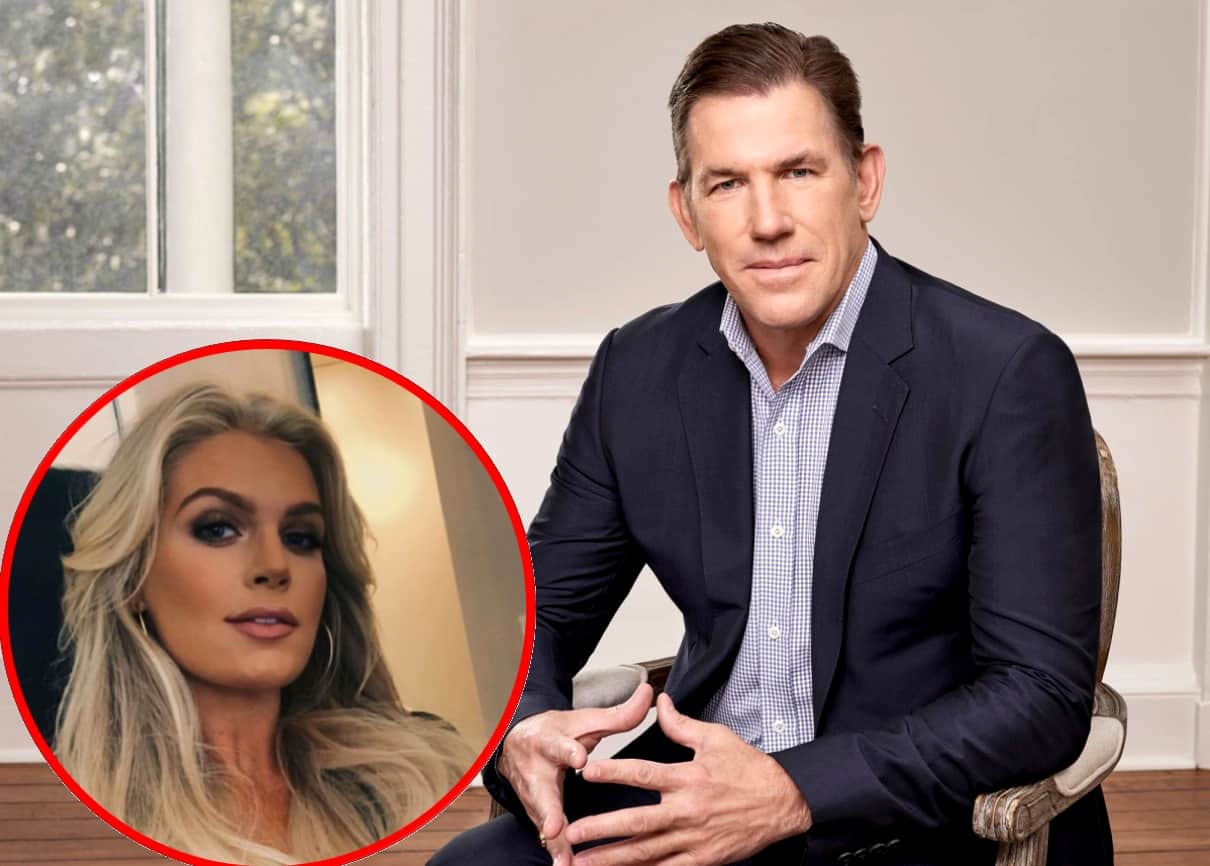 Did Thomas Ravenel come close to dating Madison LeCroy with the help of Patricia Altschul?

On the heels of the news of Southern Charm‘s upcoming return, Thomas took to his Twitter page, where he shared details about his near-romance with Madison, the on-again, off-again girlfriend of Austen Kroll, before taking aim at the show and suggesting it was his decision to walk away.

“She’s always been nice to me,” Thomas revealed on Wednesday, October 23. “In fact, before Patricia set me up with [Luzanne Otte], she first introduced me to Madison.”

As for why they never actually dated, Thomas said he, “thought she was too young.” Oddly enough, Madison, at 32, is actually four years older than Thomas’ ex-girlfriend and baby mama, Kathryn Dennis, who is just 28. 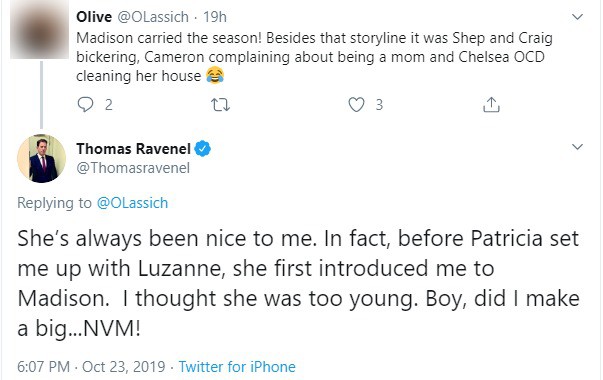 In another tweet, Thomas shadily mentioned the upcoming seventh season of Southern Charm before firing back at a fan who slammed him as “butt hurt” and “salty” for his dig.

“Come on T… you are just sounding butt hurt and salty now. You really wanna do that?” one fan replied.

In response, Thomas said that he hasn’t wanted to be a part of the series’ cast since its first season years ago.

“I’ve been trying to get off that show since after season one but was in a five year contract. So, not at all,” he explained. 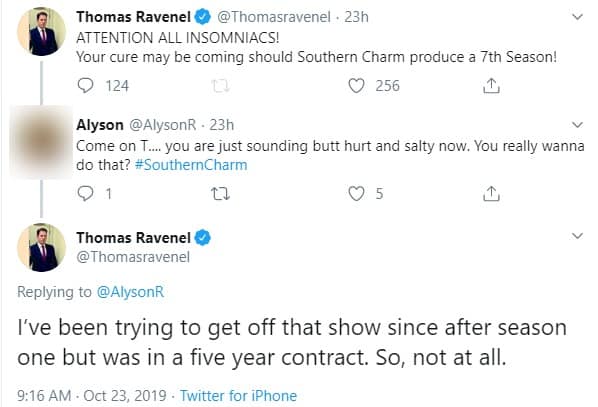 Thomas then told another fan that he would never return to Southern Charm but insisted that his relationship with his former producers, who he recently accused of giving drugs to Kathryn, was in good standing.

“Will you be making a return?” the fan asked.

“As I told them long ago right here on Twitter, ‘when a donkey wins the Kentucky Derby,'” Thomas replied.

“Is that by production’s choice or your choice?” another person wondered.

“Mine,” Thomas confirmed. “In fact later I told them via text that just because I decided not to return didn’t mean that we couldn’t meet up for a beer whenever they were around. Well, they immediately called and took me up on my beer offer which I agreed to so long as we didn’t discuss returning.” 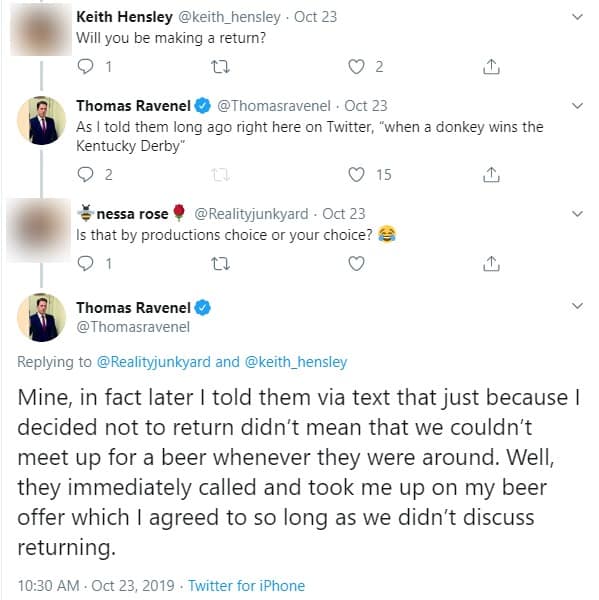