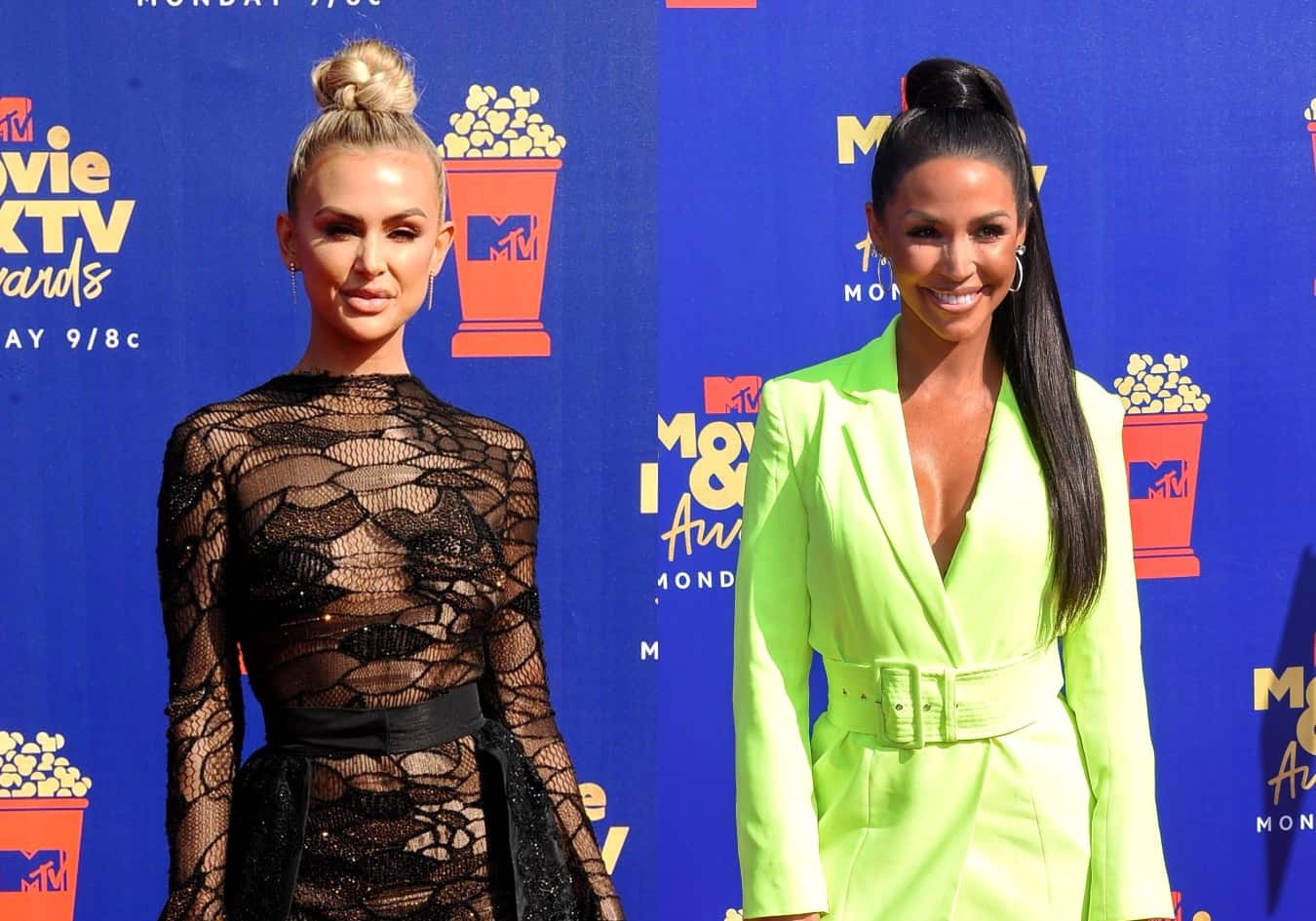 Lala Kent appeared on Domenick Nati‘s radio show on October 30, where she took aim at Scheana Shay for being fake on Vanderpump Rules.

Ahead of season eight, which Lala said she was very excited for people to see, the reality star spoke about her co-stars, including James Kennedy, Tom Sandoval, and Ariana Madix, before opening up about her thoughts on the divorce rumors plaguing Jax Taylor and Brittany Cartwright and addressing her feud with 50 Cent.

“Scheana is so cool when you’re just hanging out with her and the second a camera comes towards her, a microphone, even a phone to do a Snapchat or Instagram Story, there’s something about her that changes and it’s the craziest thing,” Lala said on The Domenick Nati Show. “She’s like night and day when it comes to cameras turning out versus when she’s just hanging out being a normal chick.”

While Scheana may be the person who changes the most when cameras are rolling, it is James who Lala deemed as the least trustworthy, but only due to their past history.

“It’s gonna be James because he’s used things against me that I’ve told him. I’m not saying he’s the only one that does that but I’d have to say him because he definitely goes for the jugular, especially after a couple of cocktails,” she explained.

James has been known for getting drunk and making bad decisions over the past several years, but over the summer, the DJ confirmed he was sober and turning over a new leaf. Lala, who is also sober, couldn’t be happier about his “amazing” transformation.

”That’s why I’m excited for people to see season eight,” she gushed. “I think people are going to be pretty shocked and really grow to have such a soft spot for him.”

Also on season eight, Jax and Brittany will be seen tying the knot in Kentucky before facing divorce rumors off-camera.

“To say that their relationship is rocky, I’m with them all of the time. They argue like normal, healthy couples argue,” Lala insisted. “I think they’ve found each other for a reason and they’re going to last forever. They argue just like I argue with Randall.”

During an interview with Heather McDonald earlier this month, Jax took aim at Tom and Ariana for refusing to discuss their relationship on Pump Rules. During her interview with Domenick, Lala admitted to seeing the same behavior from the longtime couple.

“They have a line that they’ve drawn where they won’t talk about certain things and they won’t get into the lows of their relationship,” Lala shared.

“But I think this season is going to be very different, especially for Ariana,” she continued. “She has a really big breakthrough and basically shows not a side where she’s like, ‘Everything is roses.’ You really see her issues that she’s facing, which is amazing to see. Because I’ve seen her as a robot.”

As for her past feud with 50 Cent, Lala wouldn’t say much when asked if her fiancé, Randall Emmett, truly paid the rapper $1 million to end their feud.

“I’m going to say, ‘Ha ha ha,’ Whatever amount was needed was paid. Next question,” she stated.