Home Real Housewives of Orange County News PHOTOS: RHOC’s Jim Edmonds Reunites With Kids After Meghan King Edmonds Shades His Parenting, Plus is He Moving Into His New Mansion Without Meghan?

PHOTOS: RHOC’s Jim Edmonds Reunites With Kids After Meghan King Edmonds Shades His Parenting, Plus is He Moving Into His New Mansion Without Meghan? 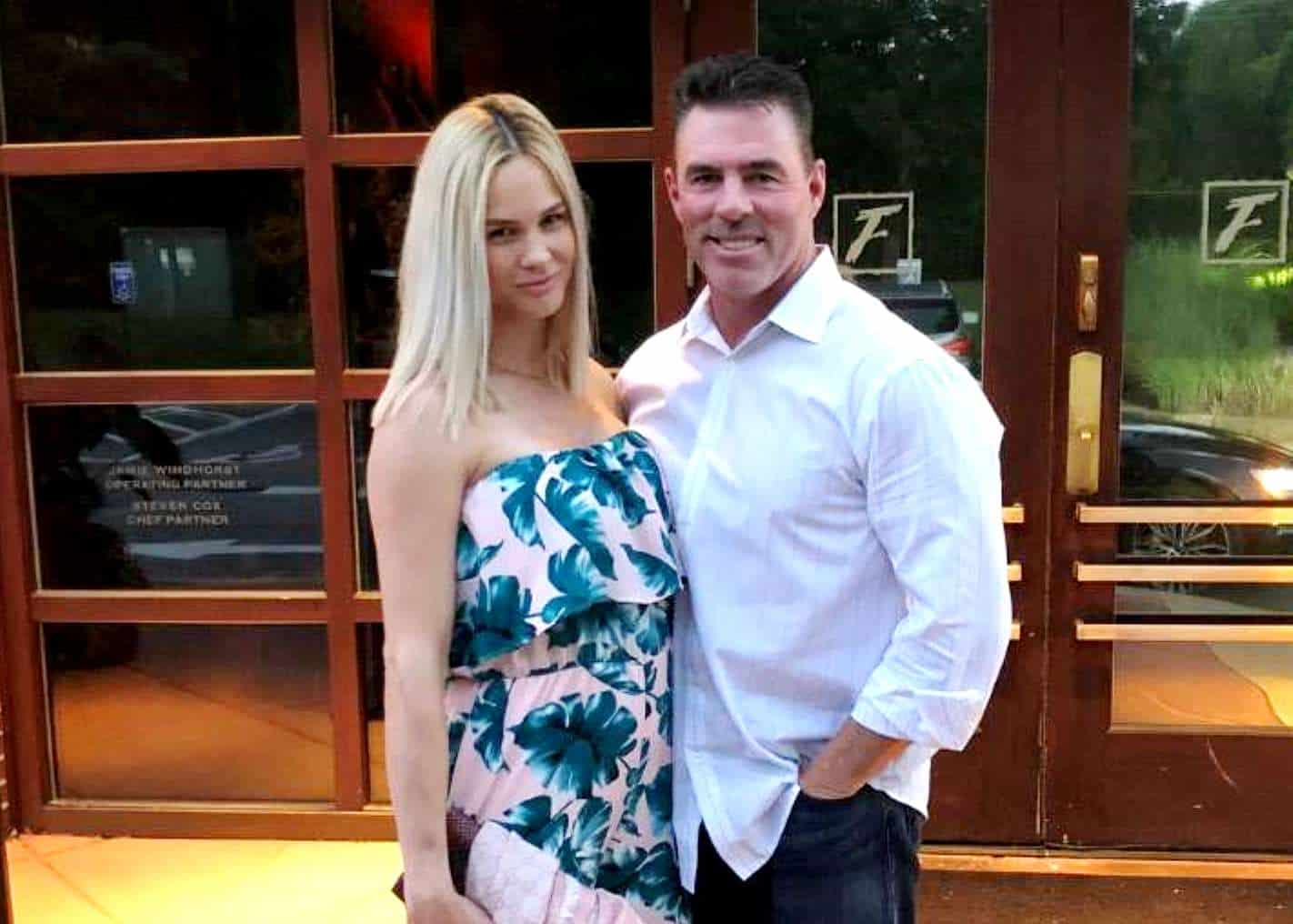 Is Jim Edmonds fighting back against Meghan King Edmonds‘ recent parenting diss on Instagram? It sure looked that way on Tuesday.

After the former Real Housewives of Orange County cast member shared a statement on Monday in which she mentioned that Jim hadn’t spent any time with their three children since he filed for divorce in October, Jim shared a couple of posts on Instagram in which he was seen spending time with 17-month-old Hart and two-year-old Aspen before mentioning an upcoming move.

“A little Oxygen therapy with the Hart,” Jim wrote in the caption of a photo of himself and Hart, who was diagnosed with “irreversible brain damage” in July. 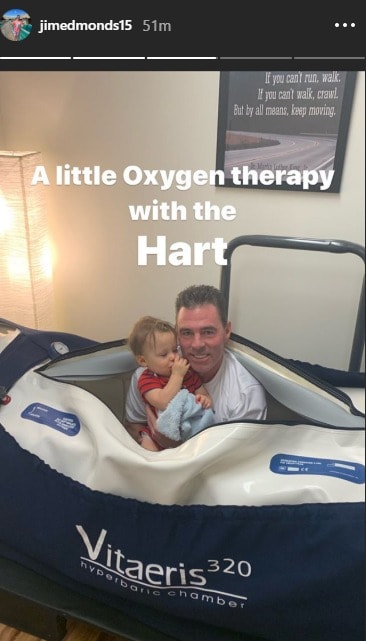 In addition to spending time with Hart, Jim also shared a video of himself with Aspen.

“Excited to take Jessie to school,” Jim wrote as Aspen ran towards the entrance of a school. 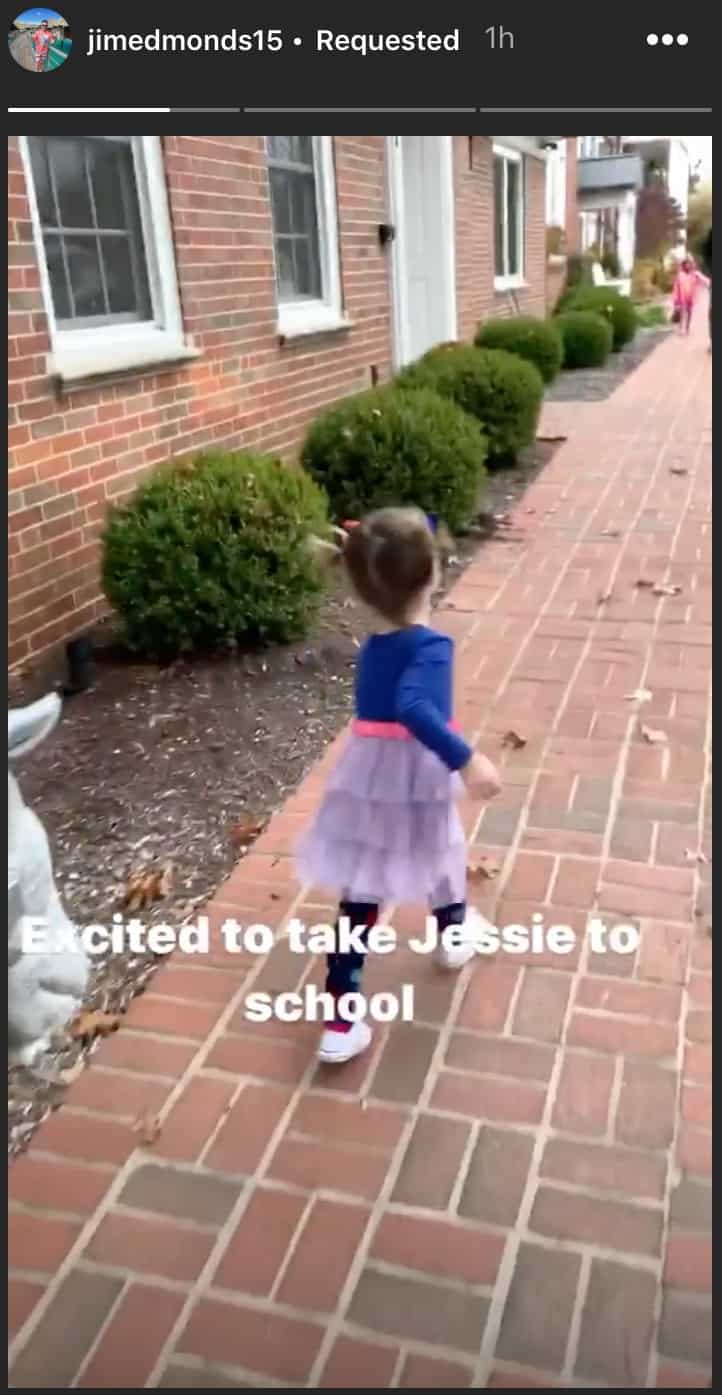 Now that Jim and Meghan have called it quits on their five-year marriage, Jim is in an even bigger hurry to move into the massive home they’ve been having built in St. Louis, Missouri, which he recently joked about in the caption of another photo shared to his Instagram Stories.

“When you tell the builder that you have to move in ASAP,” he wrote. 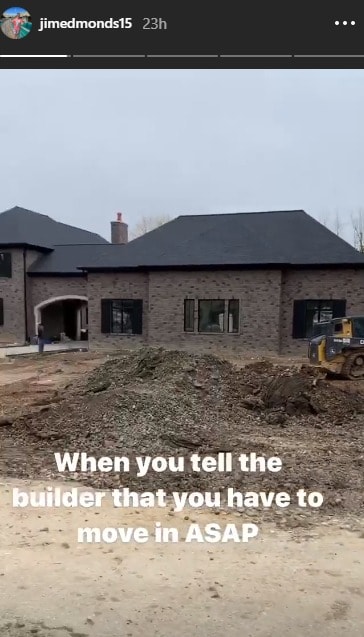 It was just back in July that Meghan was showing off the mansion that she was building with Jim. In addition to features like a bowling alley and wine cellar, Meghan also shared pictures of her master bathroom and custom closet. Jim’s post is seemingly implying that he might be moving into the home without Meghan upon its completion.

Jim filed for divorce on October 25, just one day after celebrating his five-year anniversary with Meghan. Then, after he seemingly suggesting that a reunion was possibly by telling Us Weekly that he found Meghan to be “truly special” and stating that he was determined to “make it right again,” Meghan set the record straight about her husband’s allegedly manipulating behavior.

“I have to say that when he gave the ‘nice’ interview a few days ago, he was completely speaking for me. At that time I had not exchanged one text message with him and I have still not spoken to him on the phone,” Meghan revealed, adding that she was sick of Jim’s abuse.

“That’s not fair to me. I believe the facade he presented is false and manipulative to the public while using and taking advantage of me,” she continued.

“He hasn’t seen them since he left me — in no part due to any reluctance on my part — but hopefully, he will see them soon,” she stated.