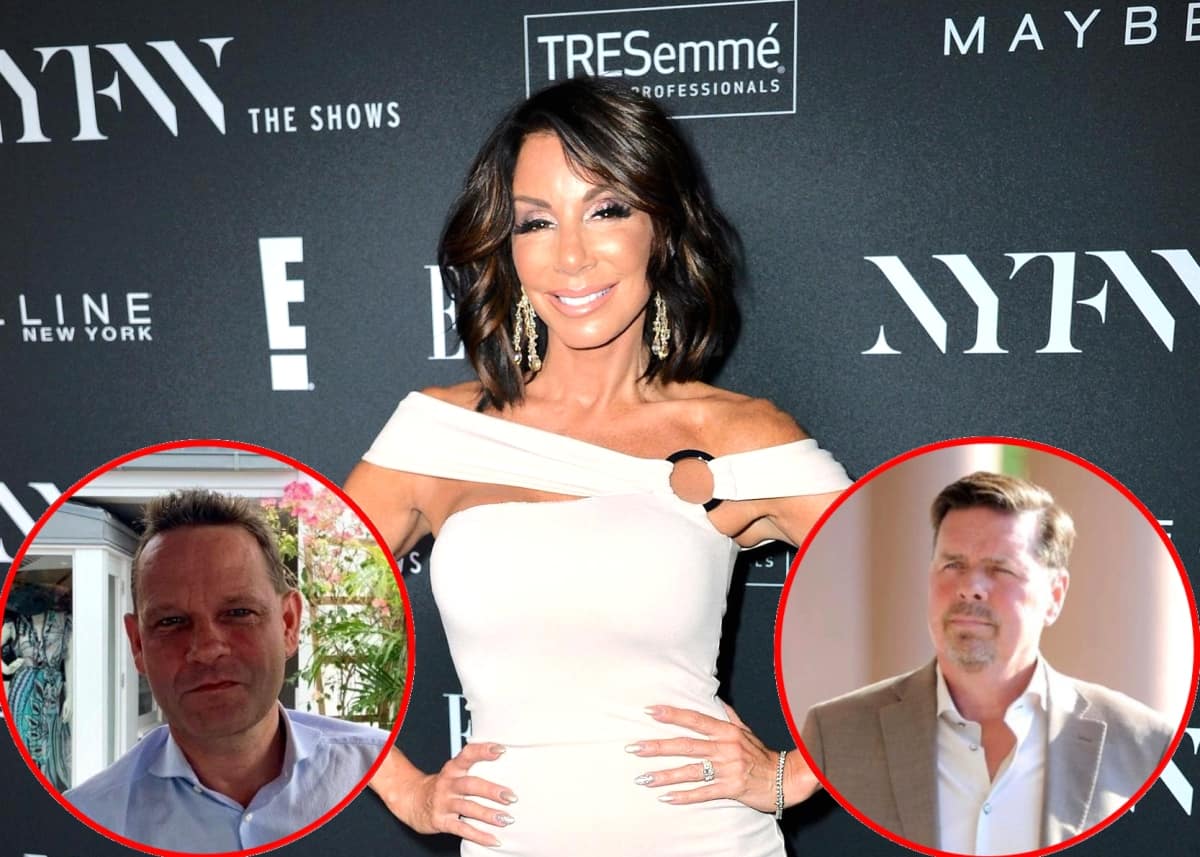 Danielle Staub is opening up about her love life, or lack thereof, these days.

While the Real Housewives of New Jersey star was recently spotted back with her former husband, Marty Caffrey, she’s insisting in a new interview that she is taking a break from her busy love life, which most recently featured a failed engagement to businessman Oliver Maier, to focus on her kids and her career.

“I’m not interested anymore. I’m over dating and over all that. The free time I have, I want to spend it at home with my two daughters, being happy,” she told PEOPLE this week.

Danielle shares two daughters, Christine, 26, and Jillian, 21, with her second husband, Thomas Staub, who she was married to from 1993 until 2007.

“Looking back, I’ve realized that I was so focused on making the other person happy in my relationships, I forgot myself,” she continued. “Men have needed me, I haven’t need them. They made or kept their money because they had me, a pretty woman, by their side and they didn’t have to go looking for anything. Guess what happens after that? I ended up with nothing after those relationships.”

After her divorce from Marty was finalized in February, Danielle quickly moved on with Oliver. However, after a quicky engagement in St. Barths, the former couple postponed their wedding and called it quits. Looking back, Danielle said her split from Marty was prompted after he “ghosted” her following the death of her dog.

“I saw him through his problems. For over six months. Stood by his side. And then, in my time of need, he was nowhere to be found,” she explained.

According to Danielle, it’s “good riddance” to Oliver, who she says she doesn’t miss “at all” after he walked out of her life following a fresh stint in rehab.

“He disappeared and went back to Europe,” she shared. “July 3 was the last time I saw him, when he came to the house to say goodbye to Paradise. That was it.”

Following the split, Danielle began focusing on her professional life as she entered the real estate business.

“A lot of those ex-fiancés of mine? They’re a lot of the billionaires who own the hotels. So I have the contacts,” Danielle joked. “I’m happy with myself now, for the first time in my life… I’ve learned a lot, and I want to stay in that space.”