RHONJ’s Teresa Giudice Talks Status With Rumored ‘Boy Toy’ Blake Schreck, Plus Did She and Husband Joe Hook Up During Italy Reunion? 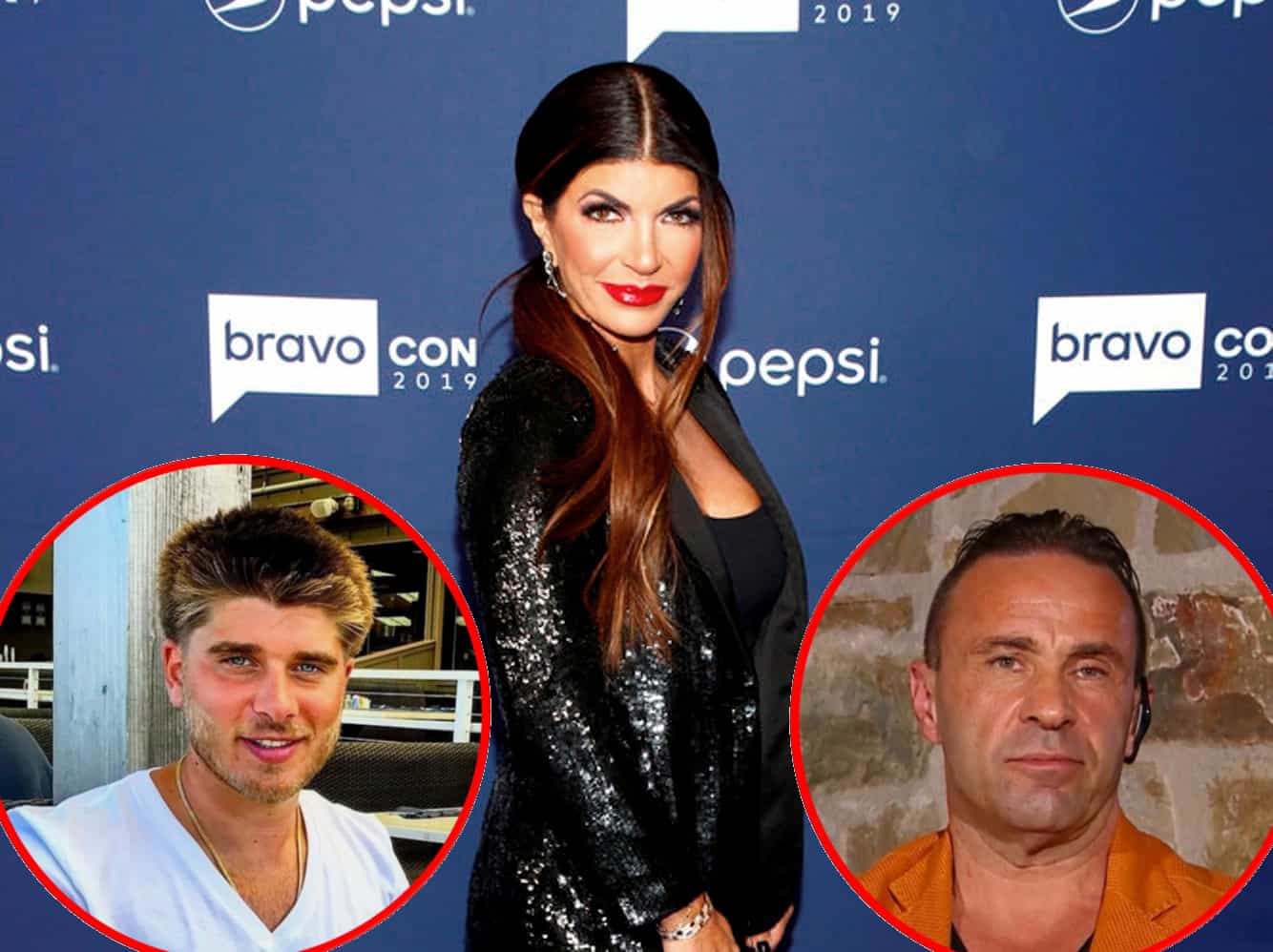 Is Teresa Giudice still in touch with her supposed “boy toy,” Blake Schreck?

During Saturday’s Real Housewives of New Jersey panel, “The Garden State Dishes the Dirt,” Teresa confirmed her current relationship status with Blake before answering a question regarding her potential hookup with husband Joe Giudice in Italy.

According to an Us Weekly report on November 17, a fan questioned Teresa during the panel about whether or not she was still friends with Blake, who she was linked to earlier this year.

As RHONJ fans will recall, Teresa and Blake, who is 21 years younger than the mother of four, were romantically linked after being caught together on New Year’s Eve. Then, after being spotted on a number of occasions in Miami, where they were photographed holding hands, those rumors were further fueled.

However, during Teresa’s recent Bravo TV special, Joe and Teresa: Unlocked, she insisted that if she and Blake were romantic, she wouldn’t have been seen with him publicly and would have instead stayed in her hotel room in an effort to hide their relationship.

After Teresa admitted her trip to Italy earlier this month “was very emotional,” she responded to a fan who asked her if she and Joe had hooked up during the trip.

“You’re gonna have to tune in,” she teased, according to The Daily Dish. “You will see if the boom boom happened.”

Meanwhile, sources close to Teresa and Joe are revealing they have been having “flirty” conversations since she returned from Italy and that the trip brought them closer together.

“Teresa and Joe have been talking and FaceTiming a ton since she got back to Italy,” a source told Us Weekly on November 15. “Who knows what their future is as a couple, but she’s been really happy and in a good place since she got back. Their interactions are a little flirty too, but that could just be the honeymoon stage all over again.”