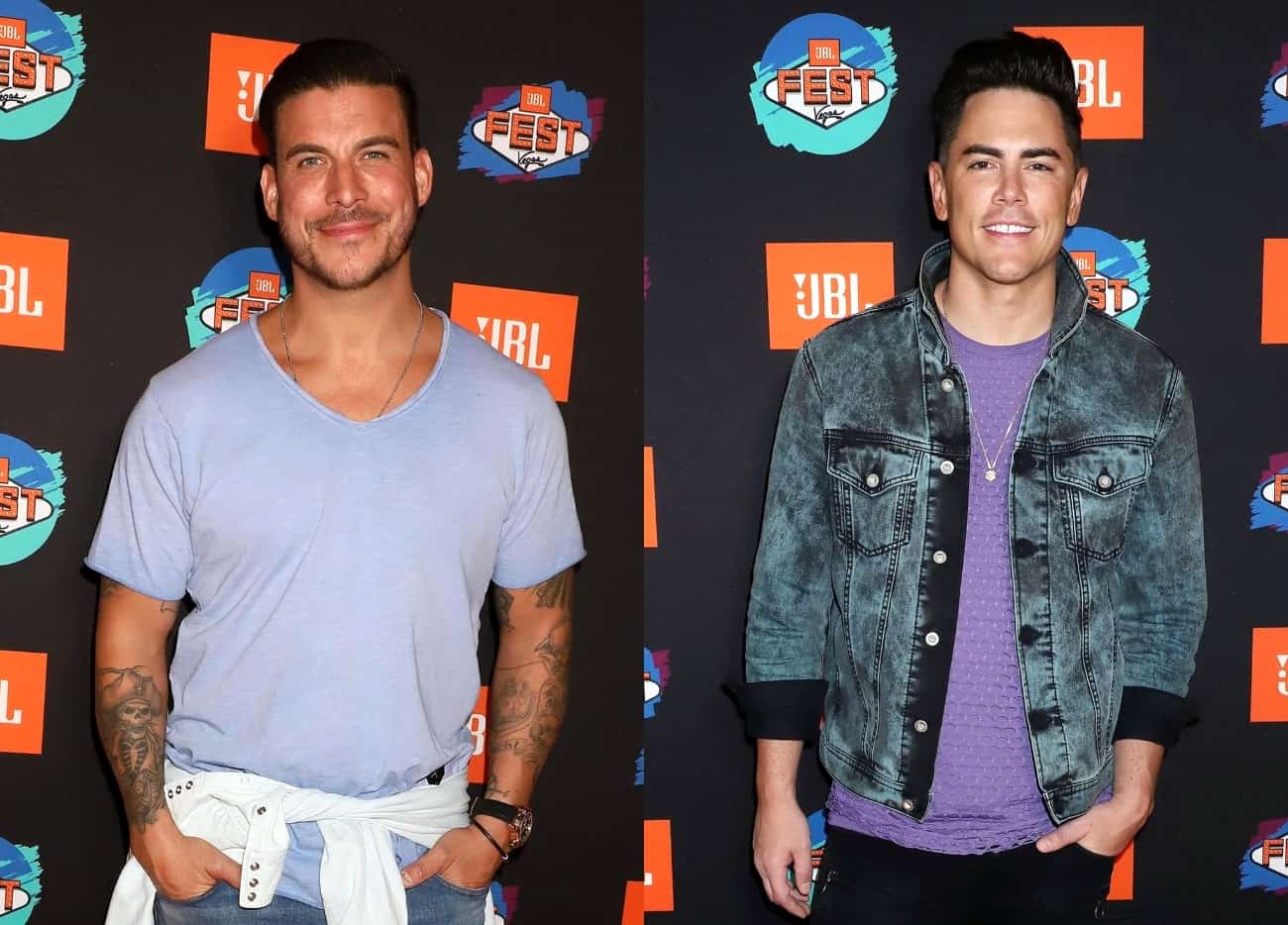 Jax Taylor‘s feud with Tom Sandoval all started with a bachelor party dispute.

As fans prepare to watch the drama between them play out on Vanderpump Rules season eight, Jax attended BravoCon over the weekend in New York City, where he explained his falling out with Sandoval and admitted to becoming a “groomszilla” as he planned for his Kentucky wedding to Brittany Cartwright.

“It was tough,” Jax admitted to Hollywood Life of his feud with Sandoval. “It was tough because you know, I count on certain people for certain things and that was Tom’s, that’s Tom’s forte doing part in stuff like that.”

According to Jax, he and Sandoval went “back and forth” over the planning of his bachelor party in Miami because they are very different people and had very different views on what the party would look like.

“Tom and I are way different people. He’s a very eccentric, pretty simple guy. I just wanted something very simple and we were just kind of butting heads,” Jax explained.

Although Jax admittedly became a “bit of a groomzilla” before he and Brittany tied the knot, it was only due to him wanting things done in a certain way.

“I was going to be a little bit of a groomzilla,” he explained.

Luckily, Jax had two groomsmen, and as he feuded with Sandoval, Tom Schwartz picked up the slack.

“In the beginning I had some trouble even getting a hold of Tom Sandoval for some of my events and Schwartz, it’s very unlike Schwartz to come out and do things like that. It’s not his style and he did,” Jax shared. “He set things up at hotels for me as you’ll see. He just did a great job. They both did a great job. I was just very happy the way Schwartz stepped up for me.”

Despite Jax’s feud with Sandoval, Sandoval was welcomed into his wedding party in June, and currently, everything is “fine between them.”

“I just needed a little bit of a break. He needed a break from me. It’s just, it’s normal,” Jax reasoned.

As for whether or not he still considers Sandoval as one of his best friends, Jax said, “Yeah, of course.”

“Absolutely,” he continued. “We’re getting older. We’re all going our own ways. You know, some people are starting with the businesses and people are starting families and that’s just part of life so you know we grow apart but that’s okay. As long as we all know how to come back.”