Home Real Housewives of Beverly Hills News Is Kyle Richards ‘Unhappy’ Over Lisa Vanderpump’s Friendship With Sister Kim Richards? Find Out, Plus Kyle Insists No One on RHOBH Should Be Called a ‘Queen’

Is Kyle Richards ‘Unhappy’ Over Lisa Vanderpump’s Friendship With Sister Kim Richards? Find Out, Plus Kyle Insists No One on RHOBH Should Be Called a ‘Queen’ 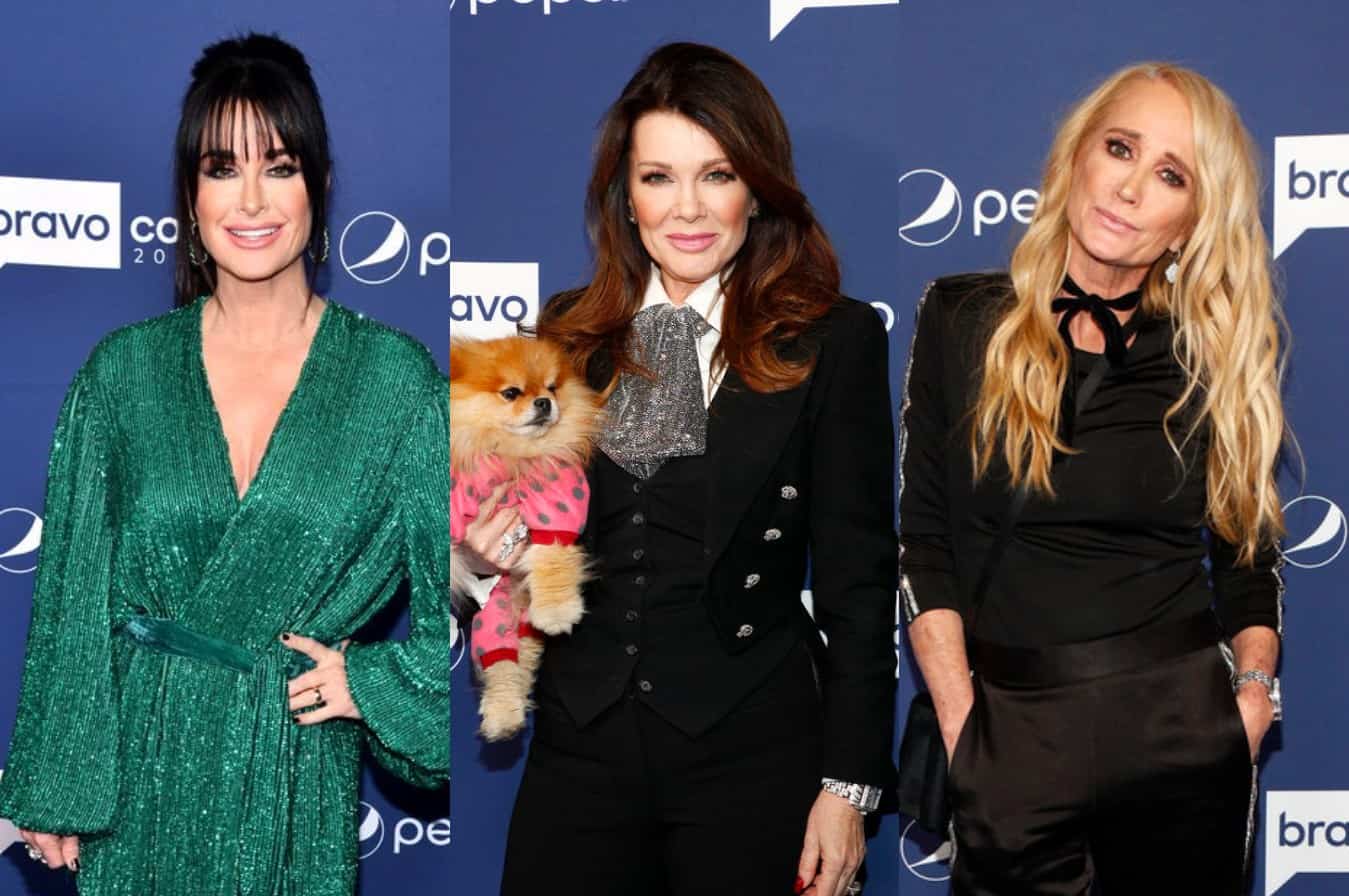 Is Kyle Richards unhappy over Lisa Vanderpump‘s friendship with her sister Kim Richards?

“Most people don’t realize that Kim and Lisa are actually good friends and have stayed close since Kim walked away from the show. But it’s hard for Kyle,” a source told the Hollywood Life on November 26. “Kim and Kyle are in a great place now, but this is one issue that still affects their relationship.”

“The sisters have had several conversations about it because Kyle, of course, would prefer Kim not to talk to Lisa,” the insider continued. “Neither wants this to be a sticking point in their relationship, but it isn’t easy for [Kyle].”

As most RHOBH fans are aware, Lisa and Kyle had a falling out during the last season of the Bravo show following the PuppyGate drama, after which Lisa accused Kyle and her other costars of not believing her when she stated she didn’t leak a negative story about Dorit Kemsley to the press.

In more Kyle news, just days after suggesting the “crown fits” and prompting a shady reply from Dorit’s husband, Paul “PK” Kemsley, the RHOBH cast member took to her Twitter page to set the record straight about how she really feels about any cast member of the show being labeled the “Queen.”

“Anyone referring to someone on a [reality] show as a Queen needs a [reality] check,” Kyle wrote on Monday, November 25 in response to Reality Blurb’s story. “With all due respect. I am NOT a queen nor is anyone on any reality show. Let’s save the crown and the Queen title for people who actually earned that title.” 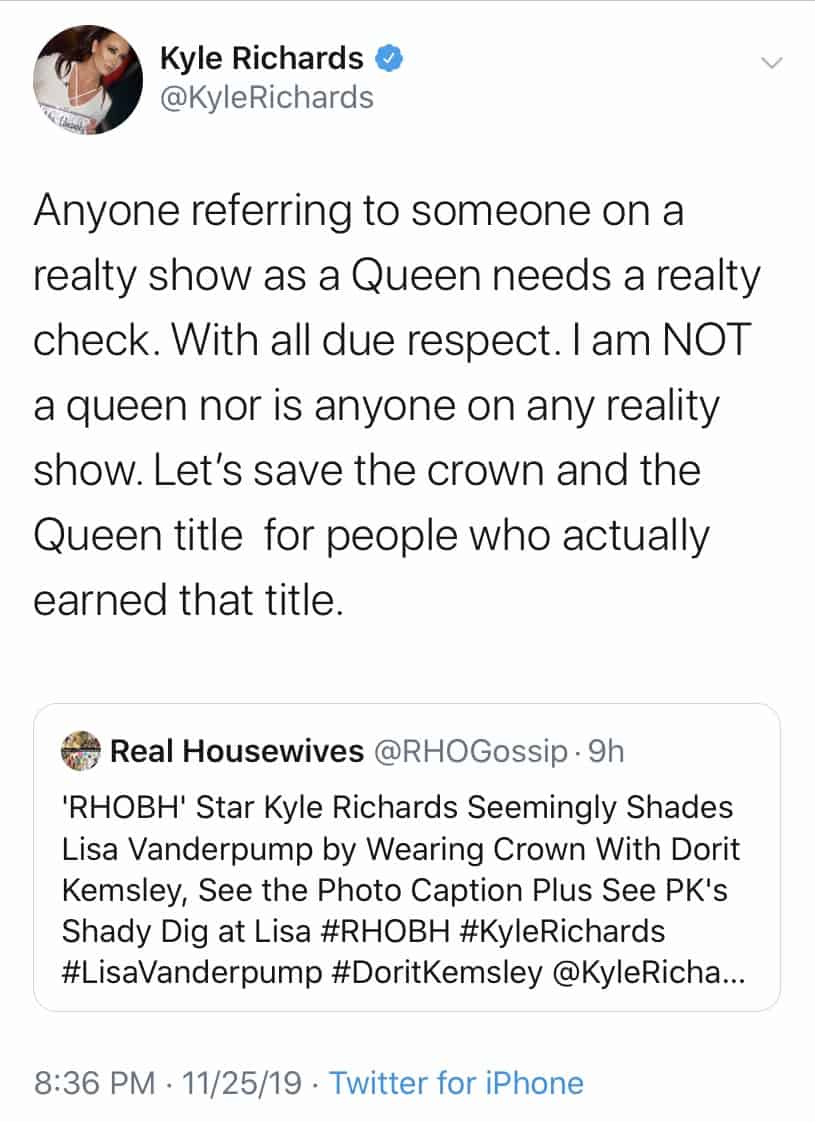 Over the weekend, as she and her RHOBH co-stars visited a Dolce and Gabbana store in Rome, Italy, Kyle shared a photo of herself, Dorit, and new cast member Sutton Stracke with crowns on their heads.

Following Kyle’s post, RHOBH viewers were reminded of Lisa’s season seven tagline, which featured a comment about her crown.

“The crown is heavy, darlings. So just leave it where it belongs,” Lisa said in the opening credits.

While Kyle may not have shared the image in an effort to diss Lisa, who quit the show in June after a nine-season run, PK didn’t hesitate to make it clear that he was throwing some shade in Lisa’s direction by referencing her past tagline in a comment.

Although Kyle may not feel she’s the new “queen” of RHOBH, her co-star, Erika Jayne, told host Andy Cohen at the season nine reunion that she was just that.

“[Kyle] is the queen,” Erika stated. “Not only is she the original, but she’s the leader of the group… Because she is the one we are all connected to, she binds us together.”