Home Real Housewives of Orange County News Tamra Judge Shares What Surprised Her Most About Vicki Gunvalson on This RHOC Season, Plus Gina Says Vicki and Kelly “Are the Same Person”

Tamra Judge Shares What Surprised Her Most About Vicki Gunvalson on This RHOC Season, Plus Gina Says Vicki and Kelly “Are the Same Person” 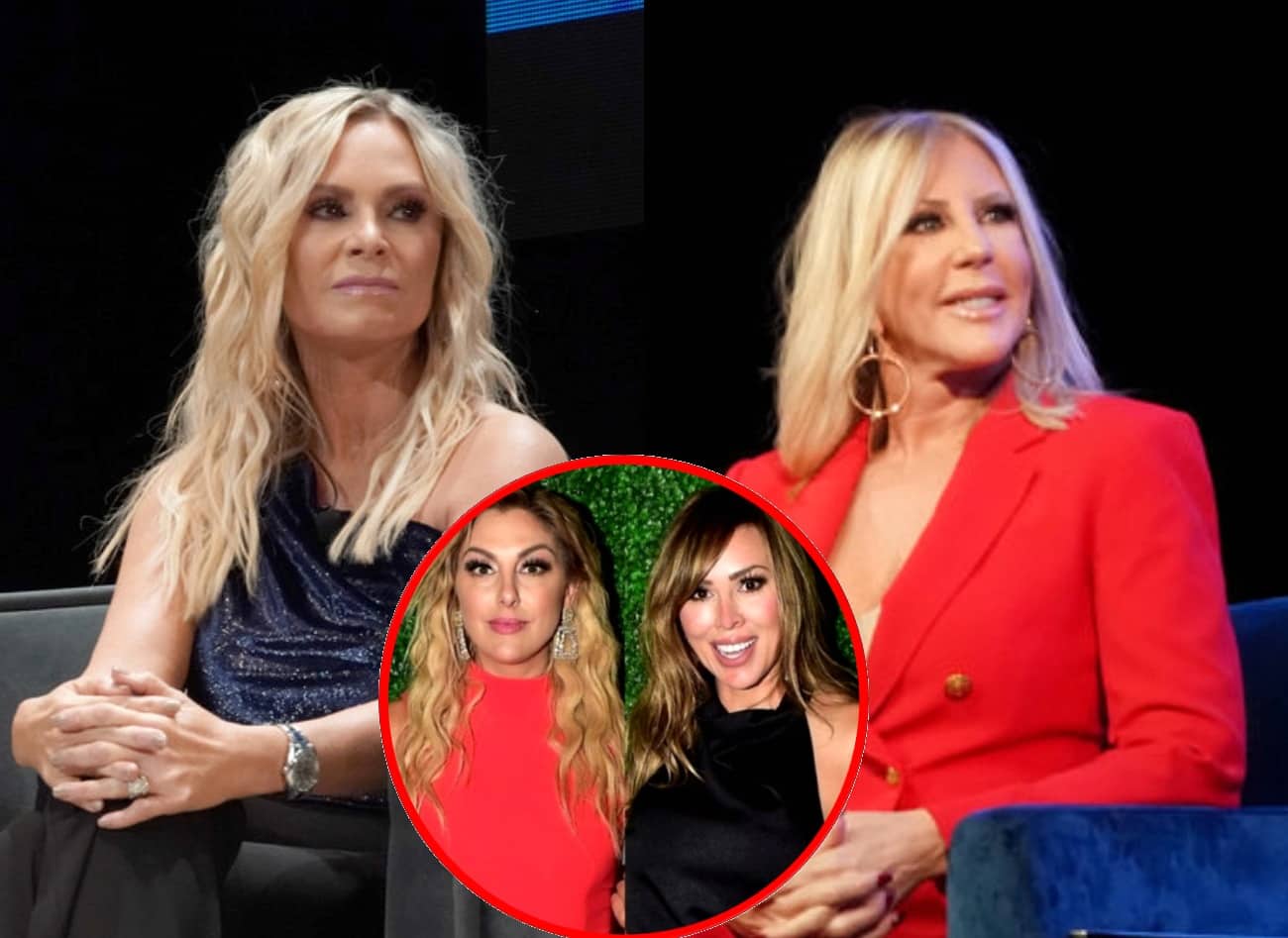 The Real Housewives of Orange County star Tamra Judge is sharing what surprised her the most about Vicki Gunvalson this season. Plus, Gina Kirschenheiter makes an intriguing observation about two of her rivaling costars.

As fans already know, Vicki is engaged to what will be her third husband, Steve Lodge. But while his home proposal seemed to fill Vicki’s love tank just fine, her costar Tamra admitted that while she knew Steve had a proposal in the works, she was taken aback that it was done off-camera.

“[The proposal] was going to be, like at a baseball game or some big event and — and that didn’t happen,” Tamra divulged to cameras during the latest RHOC After Show.  “It was at home over a bottle of wine.”

The 52-year-old then went on to explain why this low-key engagement surprised her.

“I don’t know, because there were all these stories swirling around, like Vicki’s gonna pull some trick out to save her job and he’s gonna propose to her on camera. There were all these stories just going around and around and around and I thought, ‘Okay, well, whatever,'” the reality star explained. “And so I just assumed, like it was on camera — everything about her life has been on camera, everything about her life in the last 14 years has been on camera — and it was no, it was in the backyard, um, over a bottle of wine.”

While Vicki has appeared on RHOC since its humble beginnings, this season was her first one as a “friend” on the show. And rumor has it, she’s been sour about her “orange” being taken away, leaving many to believe she’d do crazy things to get attention on camera — and it seems Tamra is alluding to that as well.

But Tamra isn’t the only one of the RHOC cast members speculating about Vicki’s recent behavior. In a separate After Show clip, Gina explains how she came to an incredible realization about her ever-feuding costars, Vicki and Kelly Dodd.

“Kelly and Vicki are the same person,” Gina and Tamra practically said in unison during the After Show.

Gina then went on to explain that the two rivaling housewives can be “vicious when they sling sh*t” and that neither of them has any self-awareness at all — “not even a peripheral self-awareness, like, it’s bad.”

“They both will never take responsibility for their own poor actions, and their poor actions are always justified by what the other person has done to them,” Gina added.

“So it’s always, like, retaliation,” Tamra said during the interview, in agreement with Gina.

As fans of the show can recall, both Vicki and Kelly have thrown low blows at each other. Whether it’s Vicki accusing Kelly of doing cocaine or Kelly claiming Vicki is a con-woman (which led to a defamation lawsuit that has since been dropped), the hits just keep on coming.

“So the two of them fighting each other, it will never end, one will die.” Gina continued, jokingly. “I wish we could do a gladiator situation. Actually, I don’t know who would win that.”

Tune in to new episodes of Real Housewives of Orange County every Tuesday at 9 P.M.