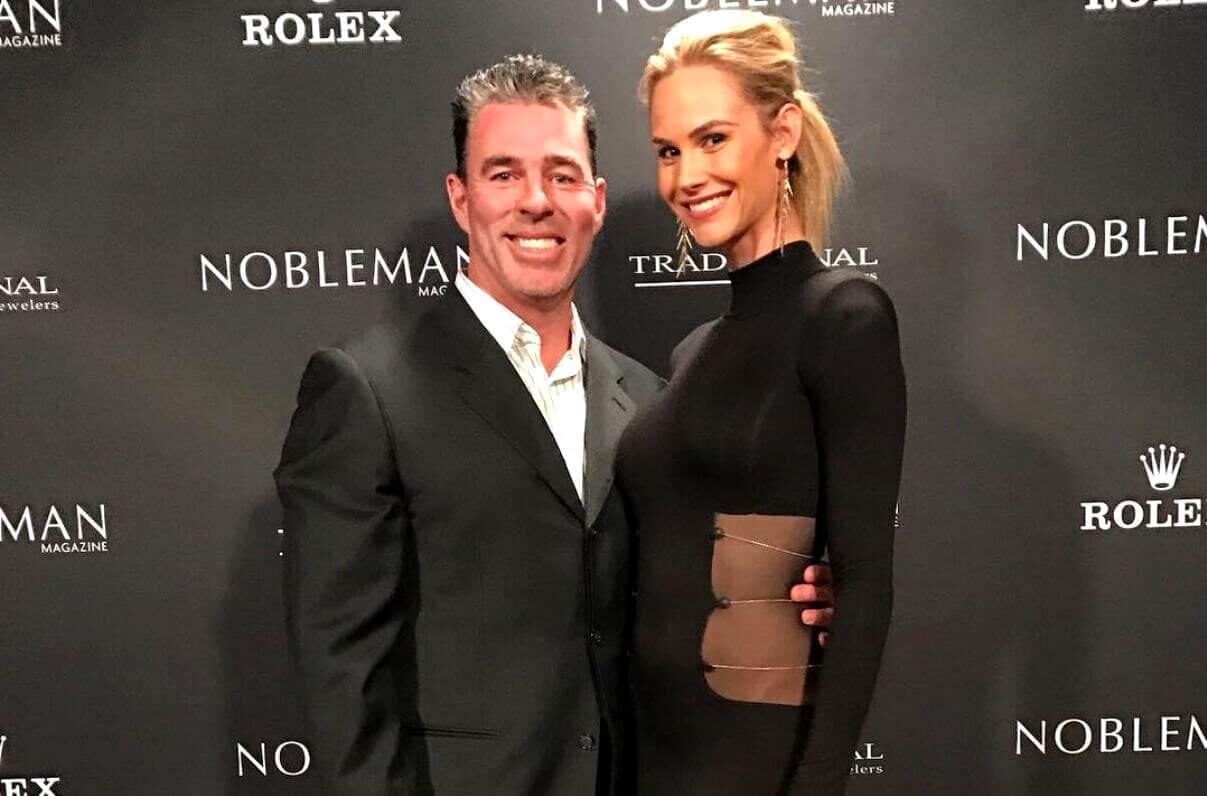 Weeks after the former St. Louis Cardinals player moved into the home with his kids after filing for divorce from the Real Housewives of Orange County cast member, Jim took to his Instagram Stories, where he posted a series of photos of his stunning Christmas decor.

In his first photo, Jim showed off the exterior of his property, which featured a string of lights lining the roof of his home. 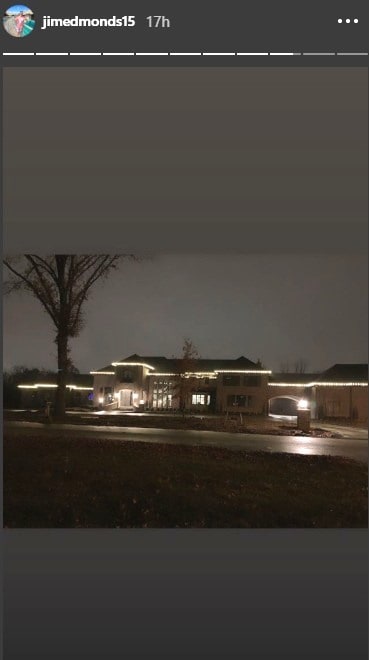 In a second photo, Jim showed off his fireplace and the nine Christmas stockings hanging on his mantle for his seven kids, including Lauren and Hayley, who each had two stockings, and his younger children, including Landon, Sutton, Aspen, Hayes, and Hart. 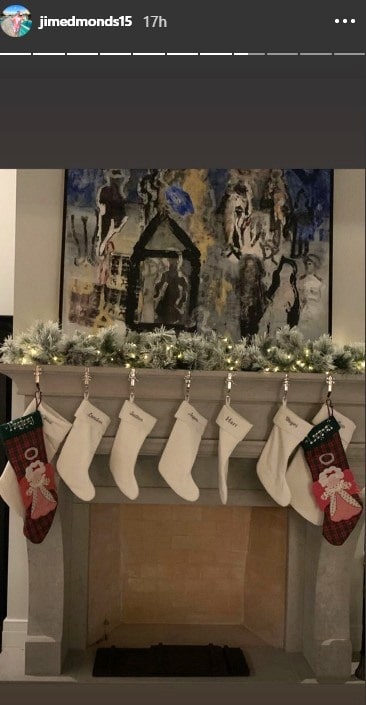 With a couple of photos of his two-story Christmas tree, Jim revealed he had help decorating from Elegant Events by MJ. 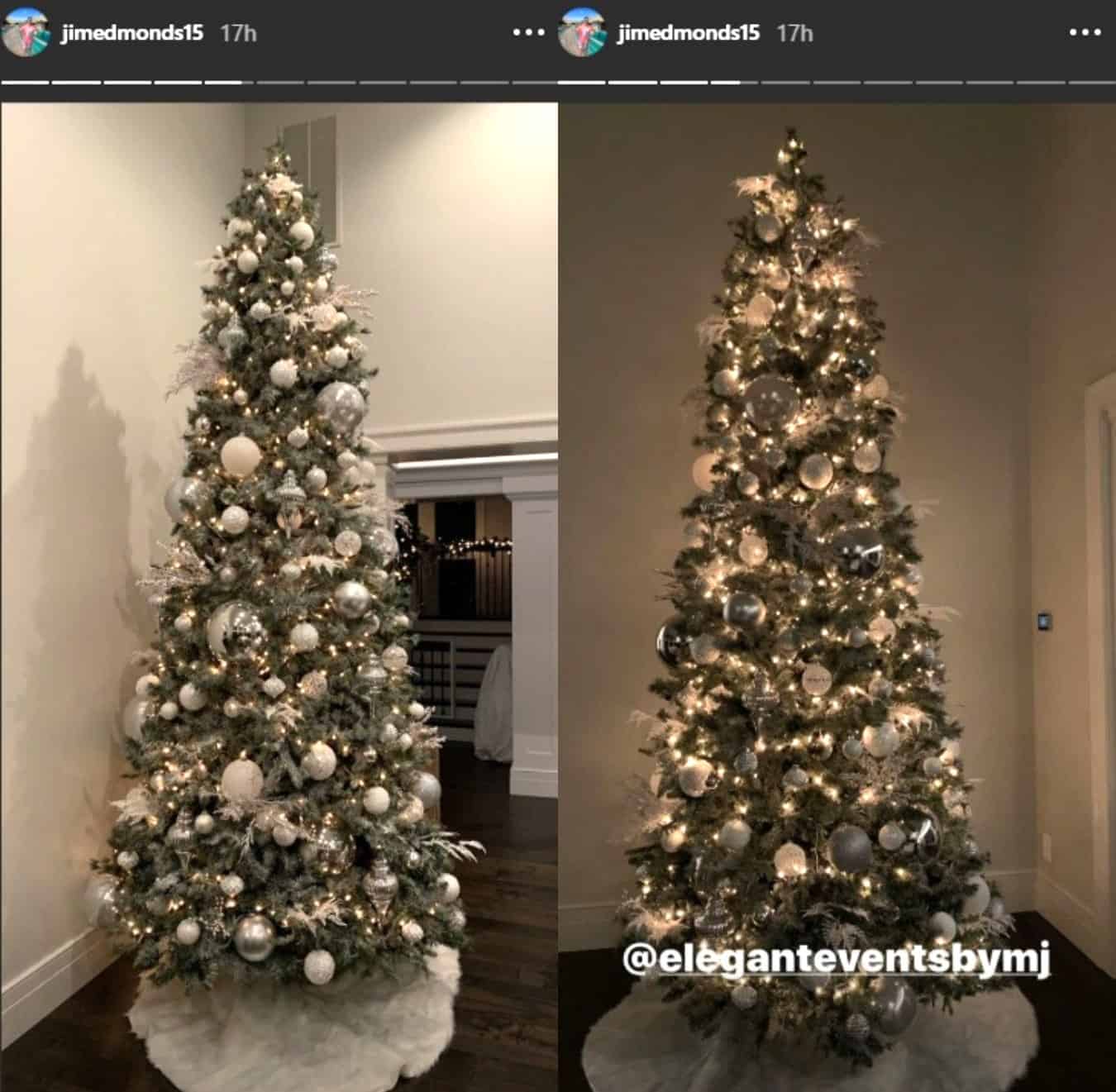 In a final photo, Jim gave fans a look at his grand staircase, which was lined with garland, lights, and Christmas bows. 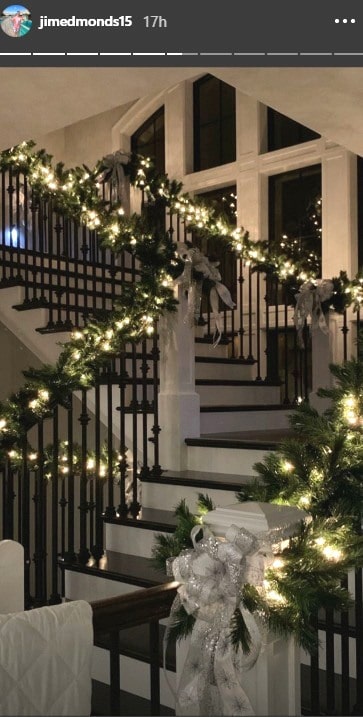 On Elegant Events by MJ’s Instagram page, the decorators shared a couple of images of Jim’s staircase.

Jim filed for divorce from Meghan at the end of October, just one day after their five-year wedding anniversary. Although rumors claimed at the time that Jim and Meghan’s split was prompted by an inappropriate relationship he had with one of their nannies, Carly Wilson, both Jim and Carly denied any such thing.

“It’s one thing to be accused of something. It’s another thing to be so negligent and so careless, and ruin the lives of innocent young people. I did not sleep with our nanny,” Jim wrote in a statement on Instagram.

“For someone to accuse me of sleeping with her is not only wrong, it’s disgusting and irresponsible,” he continued. “Just because I am an athlete and I was portrayed as a bad person on Bravo TV. Doesn’t mean I don’t have a clue what life is all about. We made a promise to that young girls mom, that we would take care of her and make sure that she was safe while she was in our hands. I will not sit here and take this bulls*t without fighting back.”