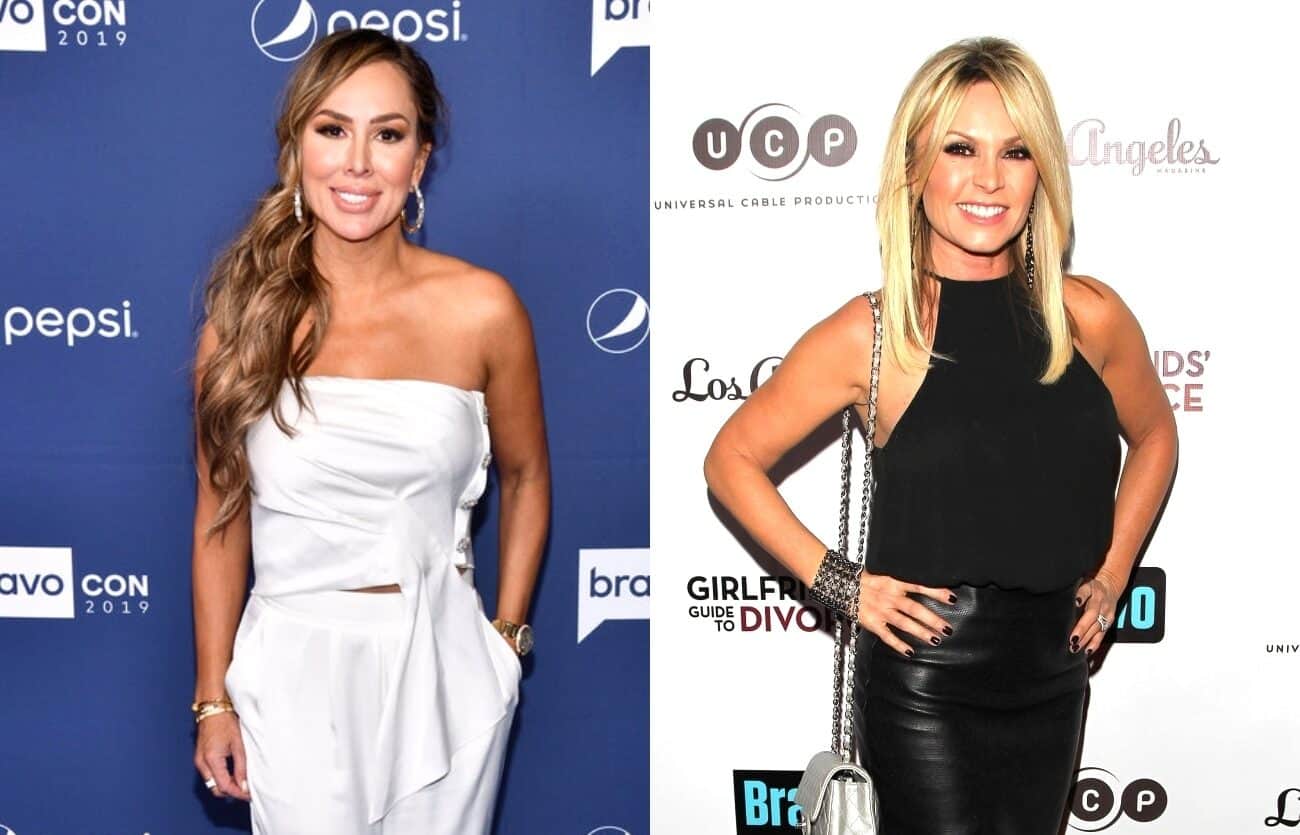 After spotlighting Tamra’s feud with Sidney on Twitter, Kelly responded to a fan who said children should be off-limits by throwing even more shade at their strained relationship before addressing Vicki Gunvalson‘s future on The Real Housewives of Orange County and rumors of her own potential firing.

“Kelly don’t talk about people’s daughter. It’s too low. And I will say the same thing if Tamra does it to [you],” the fan wrote.

“My daughter would never disown me .. she loves me,” Kelly replied, seemingly suggesting that Sidney doesn’t love her mother. 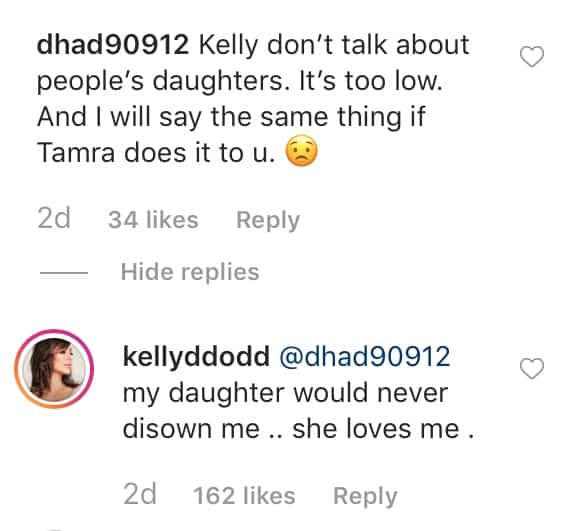 Tamra’s oldest daughter chose to live with her ex-husband, Simon Barney, after their 2011 split and has called her out on a number of occasions for failing to quit talking about her and their relationship on RHOC.

In a second Instagram comment, Kelly responded to a woman who wondered if Vicki should call it quits with the franchise.

“Isn’t it [Vicki’s] time to retire from the show yet? Her and Tamra make it hard to watch anymore,” the person wrote, prompting a red heart emoji from Kelly.

As for her own future on RHOC, Kelly said she “might not” be back for season 15 if the rumors Tamra has been spreading are true.

“Might not be according to Tamra I’m fired .. That’s what she is saying all over social media,” Kelly explained. 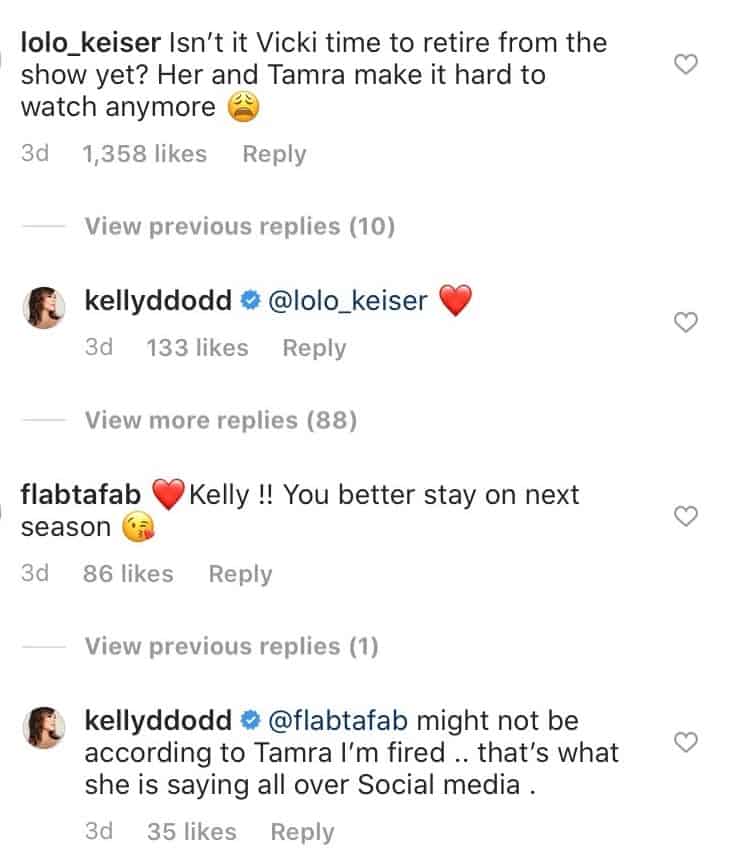 While Kelly started off in a good place with Tamra on RHOC season 14, their relationship became more and more strained as the season aired, especially after Kelly threatened to testify against Tamra in Jim Bellino‘s $1 million lawsuit against her.

Kelly and Tamra have also been feuding over Kelly’s comments about Tamra’s age, as well as the ages of the other members of the “Tres Amigas,” Vicki and Shannon Beador.