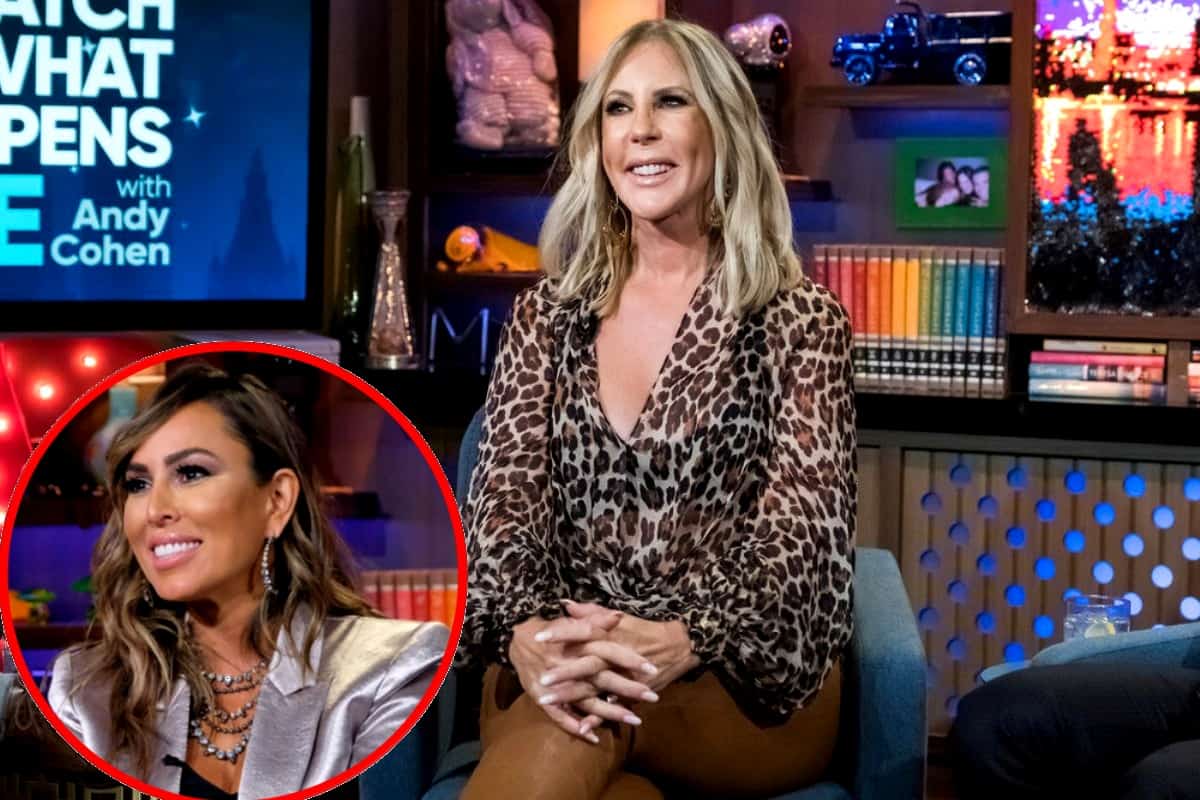 Vicki Gunvalson is throwing shade at her The Real Housewives of Orange County co-star Kelly Dodd just days after Kelly revealed they had mended their relationship. Vicki also reacted to the rumors stating that she will be returning as a full-time cast member next season.

“Please tell me Kelly’s moving?” the first fan asked of Kelly’s post-engagement plans with her fiancé, Rick Leventhal, who lives full-time on the East Coast.

“Hopefully,” Vicki replied, shading her co-star just days after Kelly stated they had made amends during the RHOC reunion taping last month. 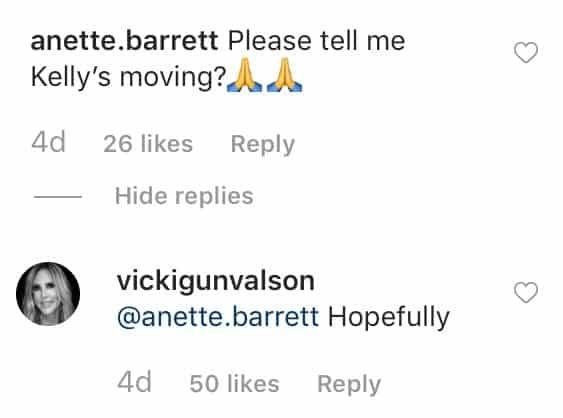 In the comments of another post, a different fan mentioned rumors claiming Vicki will be returning as a full-time cast member to the RHOC for season 15.

“Vicki, rumors about you returning as a full cast member next season have me sooo excited! Hope you come back,” the second fan wrote.

In response, Vicki made it clear that she was not yet sure what her future holds as she responded with the ‘shrug’ emoji. 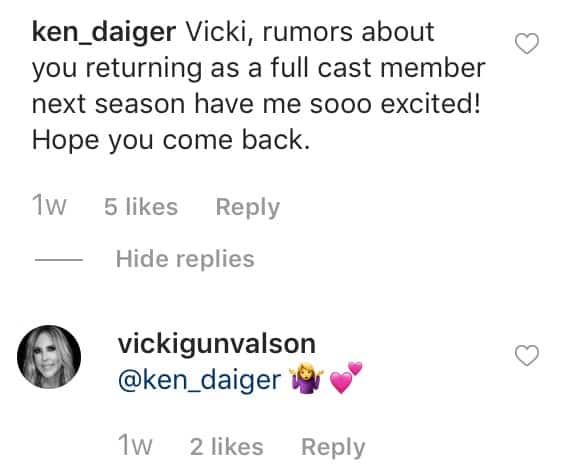 Vicki is also addressing her over-the-top reaction to being labeled a “con woman” by Kelly on last week’s episode of the RHOC. After a clip of the scene was shared on Instagram, her co-star Tamra Judge and a couple of other Bravolebrities responded to her antics.

Following the entertaining scene, which reportedly prompted Vicki to file a defamation lawsuit against Kelly in November that she later dropped, Vicki looked back on her Key West behavior and admitted she was “so mad” about Kelly and all that she said about her on their trip.

“Ugh I was so mad! Sooo flipping tired of anyone insinuating I am a con woman. ‘I was conned,'” she wrote in the caption of Tamra’s post.

After the clip was shared online, Tamra, Kyle Richards, and Andy Cohen weighed in with emojis showing that they were amused by the scene.

Another Vicki screech for the books. #CommentsByCelebs