Home Real Housewives of Orange County News Gretchen Rossi Reveals Why This Season of RHOC Was So Bad and Says Lawsuit Against Tamra Judge is Her ‘Karma,’ Plus She Defends Her CBD Business and Talks Losing Weight After a Baby

Gretchen Rossi Reveals Why This Season of RHOC Was So Bad and Says Lawsuit Against Tamra Judge is Her ‘Karma,’ Plus She Defends Her CBD Business and Talks Losing Weight After a Baby 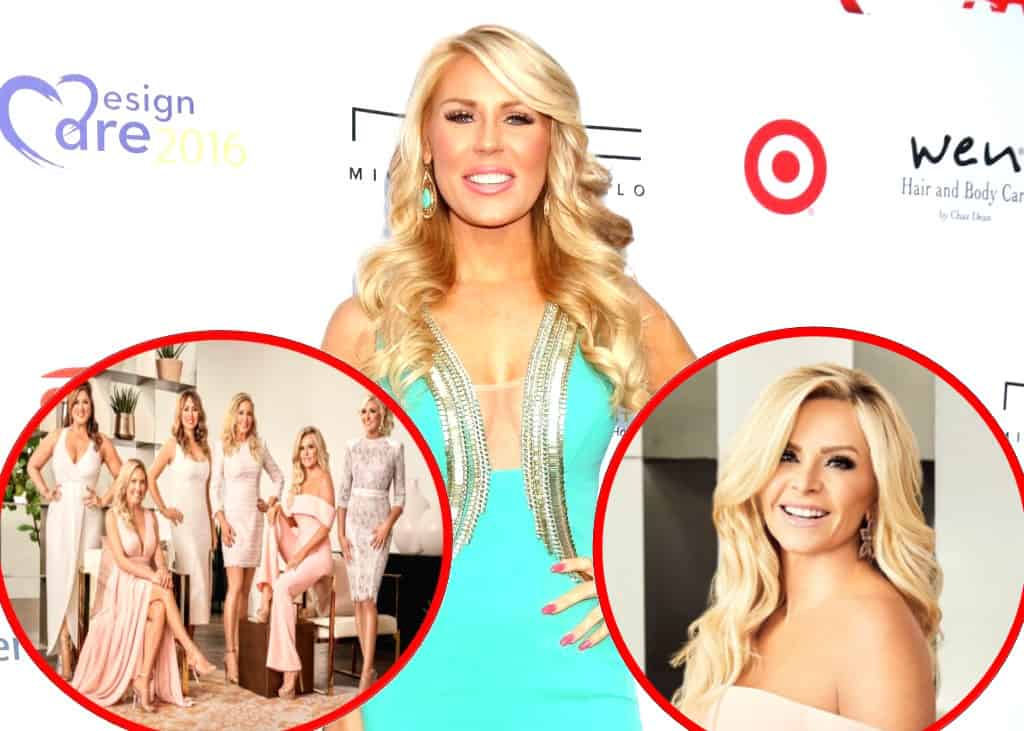 Gretchen Rossi doesn’t like the direction The Real Housewives of Orange County is headed.

During an appearance on Brandi Glanville‘s podcast, Brandi Glanville Unfiltered, days ago, Gretchen explained why season 14 was so bad. Then, she commented on Jim Bellino‘s $1 million lawsuit against Tamra Judge, discussed a potential RHOC return, and revealed her plans for more kids with Slade Smiley.

“It’s being so questioned and challenged, especially this year,” Gretchen said of RHOC. “[People say], ‘Everything looks so fake and it’s so set up and these Tres Amigas every five seconds.’ People are just over it. They’re like, ‘This is not content that I want to be watching anymore.’ It’s not uplifting in any way.”

According to Gretchen, RHOC is nothing more than “drag-down, ugly fighting” and “gross stuff” at this point in time. Because of that, the audience has grown frustrated.

“And when the audience starts speaking up and saying things like that, that’s when the network really needs to look at the cast,” she explained.

As RHOC fans may know, Tamra is Gretchen’s least favorite cast member. When it comes to the defamation lawsuit Jim filed against her after she slammed him as shady and suggested he was “going to jail,” Gretchen believes Tamra is experiencing “karma” and is happy to see that she’s finally being held responsible for her behavior. In fact, Gretchen actually offered to testify against Tamra if and when the case goes to trial.

“That’s called karma coming back to [Tamra] for all the sh*t [she’s] done over the years,” Gretchen stated.

Gretchen was added to the cast during the show’s fourth season and continued to appear in a full-time role until her final season, season eight, when she and Slade became engaged. And while there have been rumors regarding Gretchen’s potential marriage to Slade, she confirmed to Brandi that she and Slade, who’ve been together for 11 years, are “technically not officially married.” She said they’ve opted against a wedding for “no particular reason.”

Gretchen also confirmed that when it comes to making a RHOC return, she and Slade aren’t too keen on going back to the show.

“We’re so happy and so when you go back on a show like that, that’s so toxic and negative, they just want to tear every aspect of your life down,” she explained. “I don’t believe that me going on a show with someone like Tamra and the fact that she is so vicious and so out to get people and willing to say and do anything to keep her paycheck… That is not a cast member that I want to be on a show with.”

“In general, that’s the formula of what Bravo does. At the end of the day, they have to make good, salacious TV. I get it,” she continued, adding that she always says, “Never say never.”

Just weeks ago, Gretchen made headlines after she and Slade were featured on an episode of Inside Edition and accused of selling incorrectly labeled CBD products. However, according to Gretchen, the episode was misleading and she will soon be setting the record straight.

“Our lawyers are involved now,” she stated. “The fact of the matter is that what happened was the false news they put out there, they didn’t show what was actually said and how we refuted what we said. [And] now we have to go out and prove that they were wrong… The good news is we have the truth on our side.”

As for her plans for more kids, Gretchen said that although she and Slade have other embryos that are genetically sound, she’s getting older and is unsure about going through the process of in-vitro fertilization and pregnancy for a second time.

“I am 42. I still need to lose 20 pounds and it has been the hardest thing in the world to lose one pound. I was 120 before I went through IVF. I went to 142 through IVF and then I gained another 38 pounds during my pregnancy,” she explained.

Gretchen also said that while she did lose weight in the weeks that followed her daughter Skyler Gray‘s birth in July, her efforts have since plateaued.

The Real Housewives of Orange County airs Tuesdays at 9 p.m. on Bravo.